Big plays and red zone success will determine Ohio State vs. Oklahoma
Chad Peltier via our friends at Land-Grant Holy Land
Visit their fantastic blog and read the full article (and so much more) here 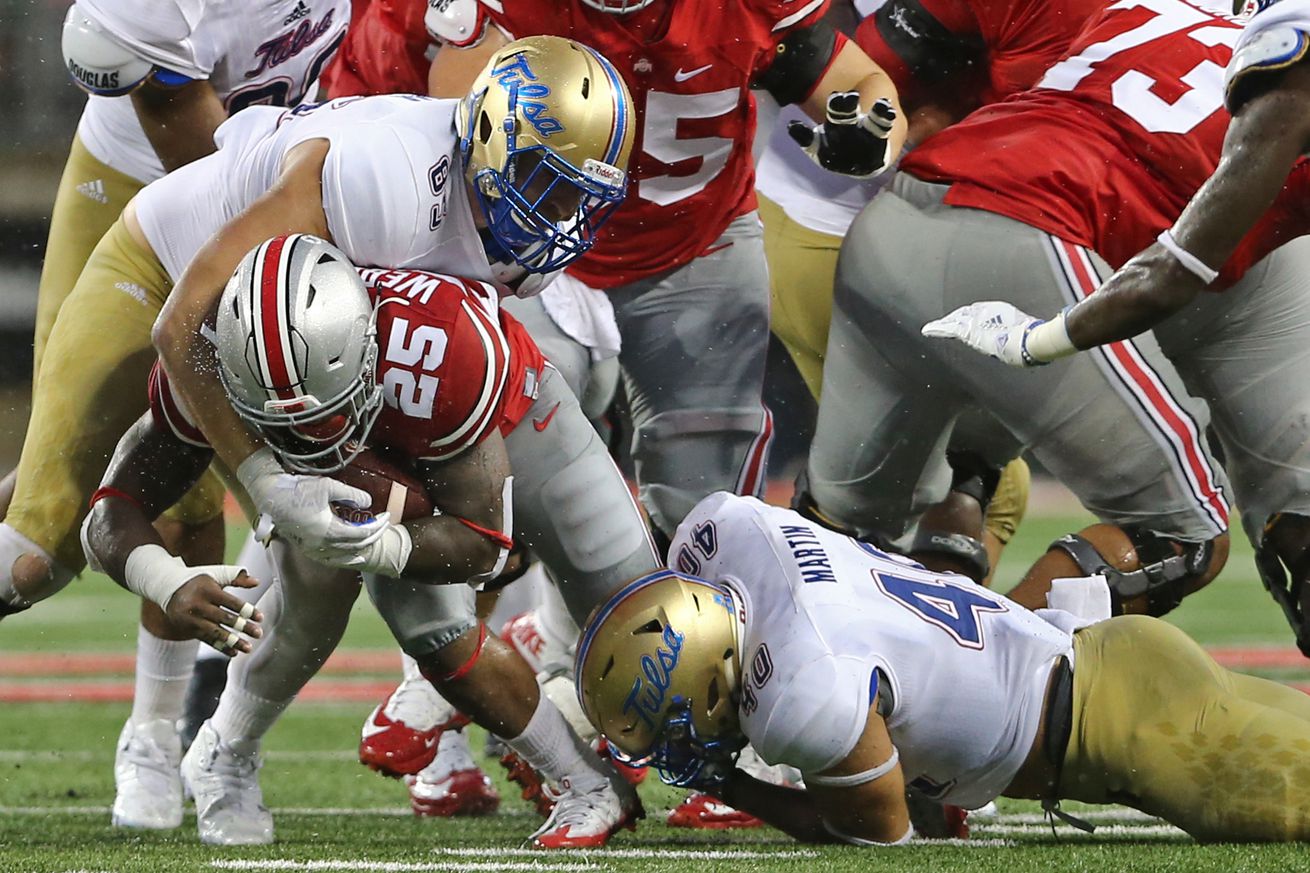 The Buckeyes will need big passes and a stout red zone defense to beat the Sooners.

This is the big one we've been waiting for. The Buckeyes have looked incredible through two games, beating Oklahoma warm-ups Bowling Green and Tulsa by a combined 125-13 margin. But Oklahoma has far more talent on both sides of the ball than either team and will be Ohio State's biggest test until Michigan State this season. The Sooners may have lost to Houston in week one, but that did nothing to diminish their chances against the Buckeyes this week.

The other metrics -- turnover margin and explosiveness -- come from one of Tom Herman's analyses of his teams' victories (going back to his OSU days too): If a team wins the turnover battle and has more explosive plays than the other team then they win 98% of the time. So I just use basic, non-opponent adjusted data here to roughly capture those ideas.

I added the 10+ and 20+ net explosiveness metrics because IsoPPP measures how explosive successful plays are, meaning that a team (like Ohio State so far this season) can have a ton of small explosive plays (between 10-19 yards) but they don't have very many big explosive plays (20+ yard breakaway runs or long bombs). The numbers in parentheses are the rankings.

So what can we get out of this brief, top-level comparison?

When Ohio State has the ball


Overall, the Buckeyes should find some success with big passing plays, might struggle to run the ball on standard downs, and should turn most scoring opportunities into touchdowns. If those advantages don't happen or the offense turns the ball over, then all bets are off.


When Oklahoma has the ball

If Oklahoma maintains a high level of offensive efficiency and Ohio State's defense isn't able to create negative plays or turnovers, then this could easily turn in to a shootout. The best chance Oklahoma has to win is by shutting down the run game, for J.T. Barrett to turn in an off day and throw a few interceptions, and for the defense to both not get pressure or force turnovers.

Also, as you'll see below, the metrics really don't like Ohio State in this game, with S&P+ giving Oklahoma a 61% win expectancy. Its important to note that the metrics are still (very) largely dependent on preseason projections -- and Ohio State has beaten the projections in both games this season. That same caveat applies to all of the metrics above, too -- there's just not a ton of data yet.

The 4 most important stats