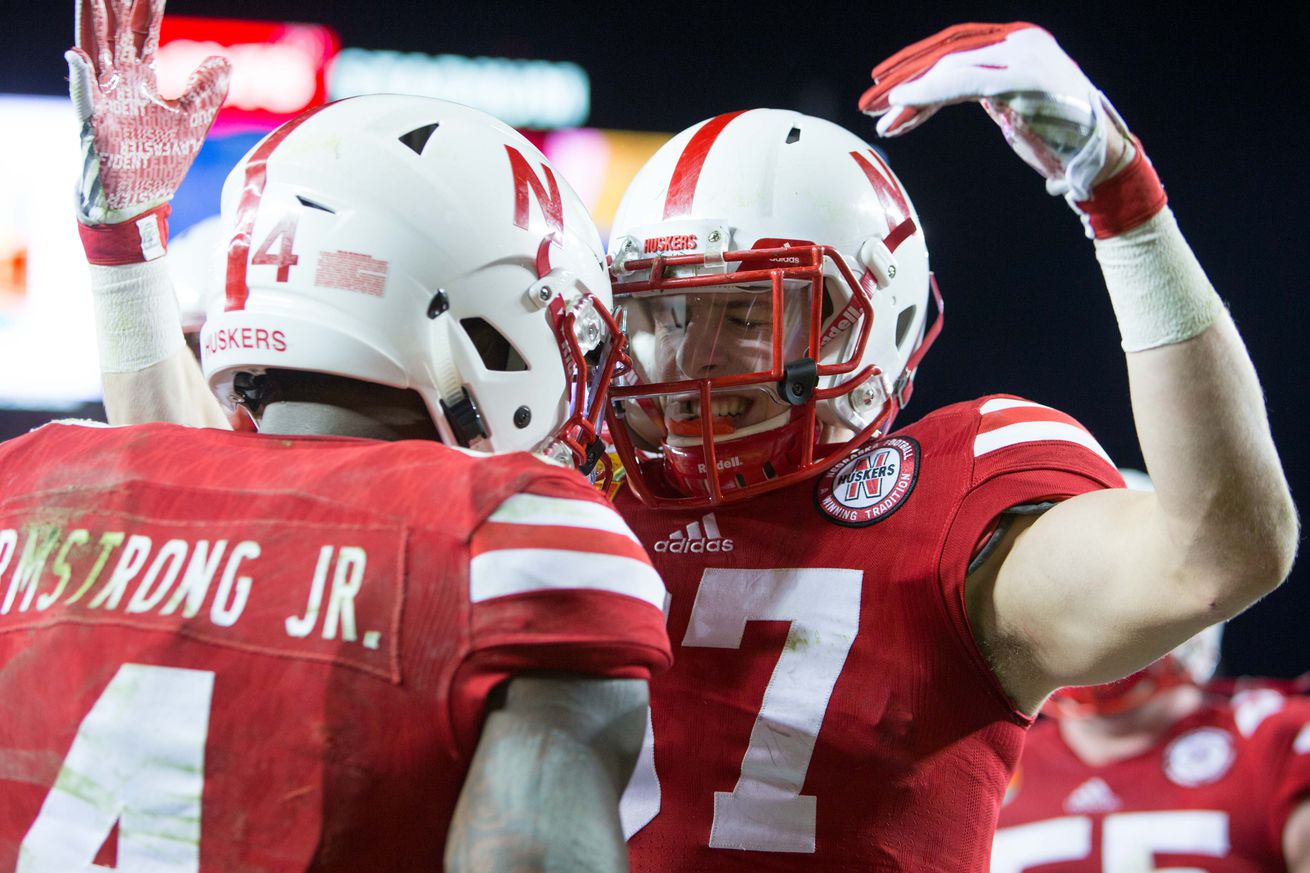 The Ohio State football season will be here before you know it, and even if you’ve only been paying semi-close attention this offseason, you’re probably aware of the major storylines with the program. This is going to be an exceptionally young, but talented and athletic team. There’s a lack of proven production at wideout, running back, and defensive back. They return the best QB in the conference, and should at least compete for a Big Ten title.

But you may not know a lot about the specific teams on Ohio State’s schedule. We’ll get into a lot more detail before the actual games, but you may want a primer so you can sound smart at the bar, or at the barbecue, or in the grocery store checkout line.

So take a look at Ohio State’s opponents this year. Next up, the Nebraska Cornhuskers.

What was the deal with Nebraska last season?


Man, what wasn’t the deal? Nebraska had, unquestionably, one of the weirdest seasons in all of college football last season.

They lost on a Hail Joseph to BYU to open the season. They lost in overtime to Miami. They lost on a last second field goal to Wisconsin. They gave up a game-winning TD to Illinois in the final seconds. They probably should have beaten Iowa as well.

They also got stomped by Purdue. PURDUE!

And yet, somehow, because of national craziness and because once upon a time, Nebraska got good grades, the Cornhuskers backed into a bowl game despite a losing record. They then beat a throughly disinterested UCLA team to win a bowl game, and finished with an improbable 6-7 record.

The advanced stats said Nebraska wasn’t nearly as bad as its record. But at the end of the day, you’re to some degree what the standings page says you are. What will it say about Nebraska this year?

What’s up with Nebraska’s offense this year?


Nebraska brings Tommy Armstrong back at quarterback. The senior threw for over 3,000 yards last year, he’s decently mobile, has a big arm, and does a lot of things better than many Big Ten fans give him credit for. But his mistakes were constant, and costly. Armstrong only completed 55% of his passes last year, and threw a whopping 16 interceptions.

Those turnovers are a perfect recipe for losing close games, and improvement anywhere in the offense won’t be able to offset that level of poor decision-making. Some interception regression seems likely, but Armstrong probably won’t drop from 16 picks to say, 5 or anything, unless he isn’t throwing the ball nearly as much. And that seems unlikely.

Part of that is because basically all of Nebraska’s skill position guys return. The top six wideouts, including leading receiver Jordan Westerkamp, are back. So is De'Mornay Pierson-El, who, if healthy, may be the best returnman in the conference. Leading rusher Terrell Newby returns, as do a slew of potentially interesting backups. There is not a shortage of players who can do some damage with the football on this team.

How effective this offense can comes down to their ability to not turn the ball over, and their offensive line. Nebraska struggled with consistency all of last year, and now they need to replace three starters on the offensive line. Nebraska wasn’t great in short yardage before, and failing to convert on those opportunities now just puts more pressure on Armstrong. How quickly the new guys gel will tell the story of Nebraska’s offense.

What about their defense?


Last year, it was pretty average, which isn’t good enough when you’re giving the ball back with alarming frequency. Nebraska was beset by injuries in their secondary, allowing other programs to tee-off when it came to big plays. Nebraska gave up more plays of 20 yards or more than almost anybody in the country (fourth worst).

Will that improve this year? It’s hard to say. Nebraska returns the bulk of their linebackers, which helped anchor a pretty good run defense, but replaces a big chunk of their defensive line. Nebraska will need to find a pass rush, either from players like all-name candidate Freedom Akinmoladun at end, or from some linebackers, like Josh Banderas.

Nebraska has a batch of four-star defensive backs waiting in the wings, and it will be interesting to see if any redshirt freshmen are ready to contribute. A bit of playmaking in the back could go a long way for Nebraska.

What’s the all-time series like for these two teams?


It’s a shame that two programs with as much history and success as Ohio State and Nebraska didn’t play much before the Cornhuskers joined the Big Ten. Per Winsipedia, Ohio State owns a 3-1 all-time advantage, obliterating Nebraska in Columbus back in 2012, 63-38. Nebraska came back to beat Ohio State 34-27 in 2011, and the Buckeyes won the other two meetings back in the 1950s.

Is Nebraska going to be good this year?


If not, when? Sure, there are some tough games on the schedule. The Cornhuskers host Oregon before Big Ten play, travel to Columbus, and have Iowa on the road. But this is an experienced team across most of the offense and linebacking corps, and they have two easy crossover games with the Big Ten East.

If you can’t make a move in the weaker Big Ten West with a senior quarterback and this schedule when you still have a higher baseline talent level than anybody else in the division, then it seems like making a move isn’t likely to happen.

I think Nebraska is going to improve their late-game luck and win the Big Ten West. But as we saw last year, the margin between nine wins and five can be smaller than you think.

How worried should Ohio State fans be about this game?


A little bit. Is Nebraska good enough to beat Ohio State? Probably. But this game is at home, after a game that shouldn’t be quite as traumatic (Northwestern, at home), and I’m not sure Nebraska’s offense is set up in a way to take advantage of potential weak spots with Ohio State’s. This should be a competitive game, and if it was in Lincoln, it could be a lot scarier. But I think Ohio State will win.