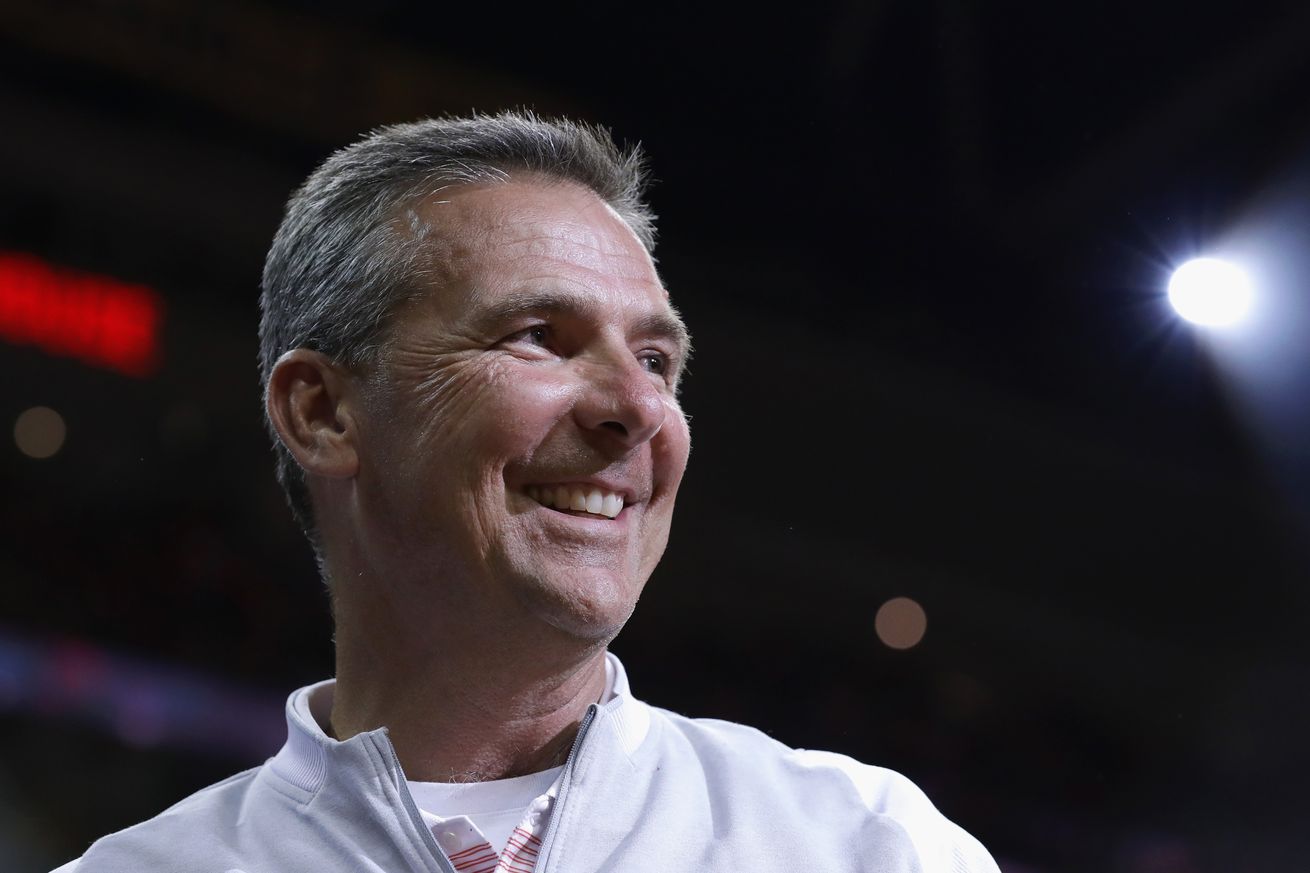 After a few weeks of relative quiet on the recruiting news front, things could heat up again in a hurry for Ohio State, as tonight marks their biggest recruiting event of the offseason, Friday Night Lights.

Starting at 6 p.m. tonight, some of Ohio State’s biggest recruiting targets of the 2017, 2018 and 2019 classes, along with scores of others, will make their way to the Horseshoe for a huge camp extravaganza under the lights, and in front of Buckeye fans.

Will Ohio State add to their already historically strong 2017 class this weekend? What should fans expect? Anything can happen in the crazy world of recruiting, but here’s some of the big storylines to watch.

Will Amir Riep pick the Buckeyes?


Don’t expect a flurry of 2017 commitments, given the lack of many available spots, and the tough competition for those few openings. But we could still see a commitment on Saturday, the day after Friday Night Lights. 2017 defensive back Amir Riep, a four-star recruit and the third ranked player in the state of Ohio, will make his college decision at 1 p.m. at Colerain High School.

Riep’s Crystal Ball is nearly all Buckeyes right now, with Michigan State thought to be the closest competitor for his services, but given Ohio State’s numerous other blue chip defensive back recruits, this might not quite be the slam dunk it appears on paper. The fact that Riep is attending Friday Night Lights is considered a promising sign, and Ohio State would certainly be considered the favorite here, it might not be considered a lock. It may be interesting to see how Riep performs, and responds to fellow Buckeye targets and commitments, tonight.

Could Ohio State pick up any other 2017 commitments?


Ohio State will have no shortage of major 2017 targets in attendance. Five-star DE Chase Young, from my new hometown of Hyattsville, MD, will be there, along with a highly regarded trio of elite WR targets, WR Trevon Grimes, Tyjon Lindsey and Jaylen Harris.

Anything can happen in recruiting, especially in higher-profile event like Friday Night Lights, but many of Ohio State’s other big targets have commitment dates set for later in this year, and another 2017 commitment would be a mild surprise. Not to say that it can’t happen, but that it would be somewhat unexpected.


This late in the summer, most of the heavy lifting for the 2017 class is already done. A major focus for these events is to get future recruits on campus, and get them thinking more about Ohio State.

The Buckeyes don’t have a commitment for the 2018 class yet, which seems a teensy bit unusual, but that might change tonight or tomorrow. Top QB target, and blue-chipper Emory Jones will be there, and he was previously thought to be close to pulling the trigger for the Buckeyes. Elite QBs tend to commit a little earlier than other positions, and if the Buckeyes need a centerpiece for the 2018 class, they could do a lot worse than landing an excellent QB.

Other big names to watch could be high profile in-state linebackers Christopher Oats and Dallas Gant. Both are already getting four-star buzz in the recruiting rankings and are slotted near the top of what should be another solid Ohio class of prospects.

There are two other local, elite prospects that Ohio State has made major priorities that should be at the event. RB Jaelen Gill, a Columbus kid that has already risen to one of the top recruits in the country for 2018, and Jackson Carman, a five-star offensive lineman from Fairfield, OH. Either pulling the trigger today would be a little surprising, but getting them on campus again couldn’t hurt.

Watch for Ohio State to make some offers too


Short of commitments, don’t be surprised if Ohio State offers more, perhaps many more players in the 2018 and 2019 classes, now that they get another chance at evaluation and coaching.