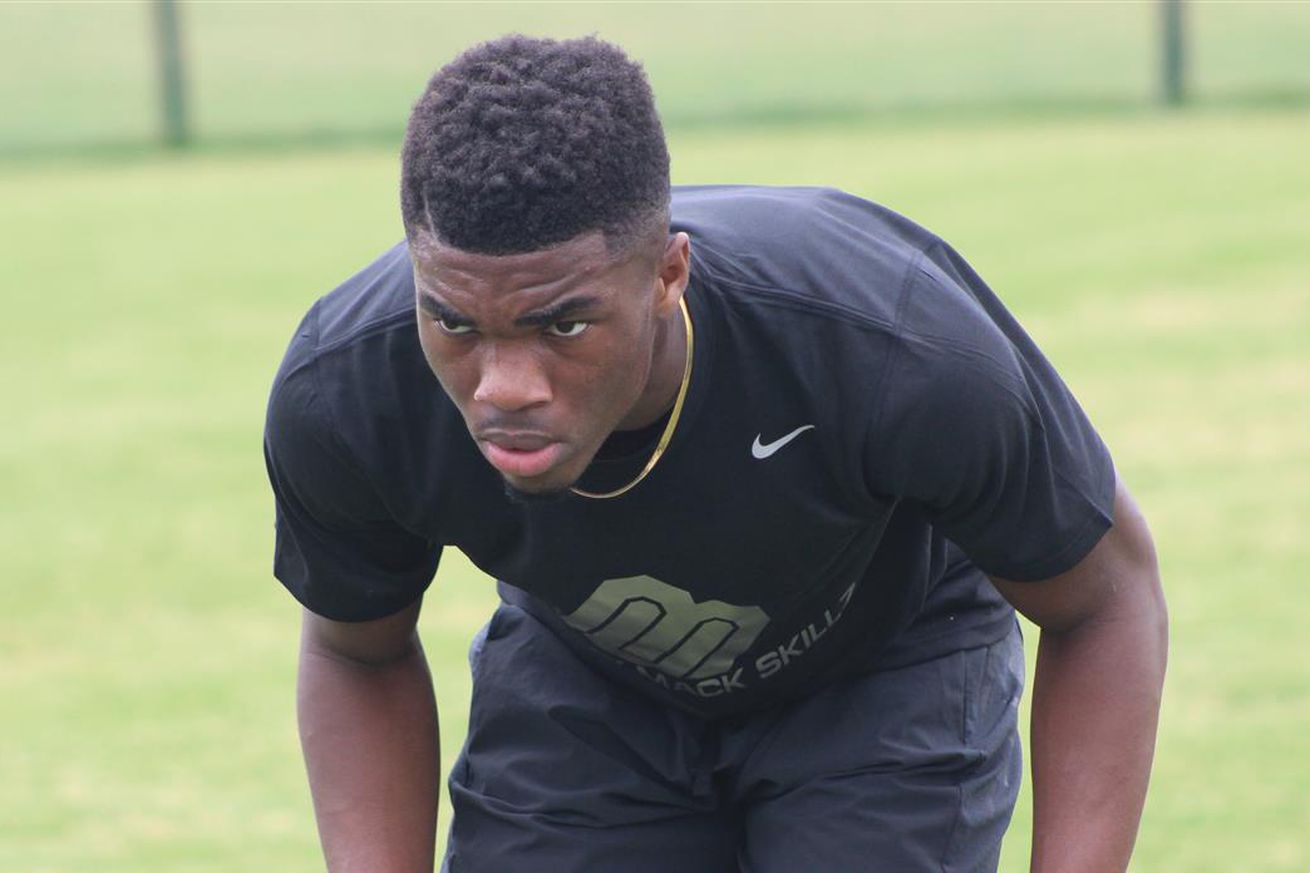 Jeffrey Okudah and Cam Akers are the latest to make visits to Columbus.

Okudah on campus this weekend


It's a big weekend coming up for Ohio State in regards to their pursuit of 2017 S Jeffrey Okudah (Grand Prairie, Texas / South Grand Prairie). According to Gabe Brooks of Scout.com, the 6 foot 1 inch, 190-pounder will be making a visit to Columbus this weekend and the Texan native opened up to Brooks about what he likes about Ohio State:


"I like the DB development. They send a lot of guys to the NFL," he said. "The relationships that you build at Ohio State are tremendous. Networking, a big alumni base. Coach (Urban) Meyer is great because of all the prestige he has in college football."
​
Okudah is thought of as one the biggest priority recruits for the Scarlet and Gray for the 2017 recruiting class. He is currently graded as the No.7 player in the class, No.1 at his position and No.2 in the state of Texas. Luckily for the Buckeyes, the five-star safety has the majority of his 247Sports Crystal Ball predictions in favor of Ohio State – currently 50 percent of the forecasts.


Another prospect who will be seeing the Buckeyes campus – not this weekend, but in the coming weeks – is 2017 RB Cam Akers (Clinton, Miss. / Clinton). In an interview with Scout.com's Chad Simmons, Akers revealed a timeline of his upcoming visit and Ohio State was included.

The 5 feet 11 inch, 212-pounder will be making an unofficial visit to the campus on June 3rd and 4th. The visit will came after stops to LSU this weekend, as well as Auburn and Georgia soon after. On his way back from Columbus, Akers will then check out Florida State and Tennessee. While the Clinton, Miss. standout still has plenty of time to make a decision, this six school stop could be pivotal in his recruitment.

Perhaps the most important thing to take away from the chat Akers had with Simmons was when he spoke on his official visits. Akers didn't say much, but he did say something that could possibly open up some eyes on where the Buckeyes currently stand. "The only official visit right now I probably will take is to Ohio State." In the long run,we'll see what that means but for now, it's certainly good news for Head Coach Urban Meyer and the Buckeyes.