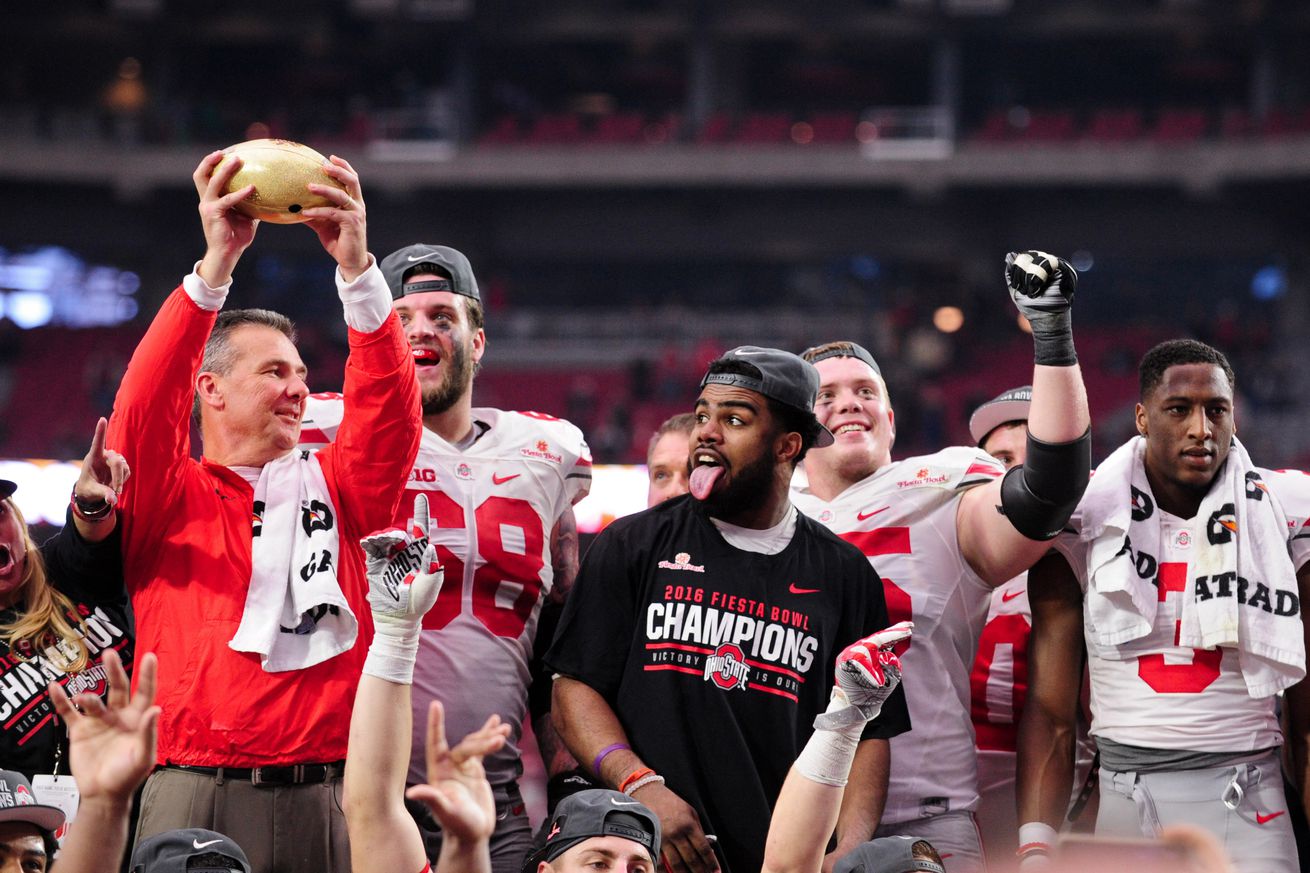 No matter what metric you use, this will be an extremely talented team.

The 2016 Buckeyes will be the most talented overall Ohio State team in years -- and maybe of all time.


Following last year's check-in on recruiting trends, I've updated the 4-year rolling 247 Composite recruiting rankings by both point totals and average rating. I've also added two new columns, which use a rolling weighted average that favor experience and seniority, discounting the impact of younger recruiting classes. The idea was to get a sense for how much talent is ready to play, in that more time in the system theoretically should mean more effectiveness -- and that freshmen rarely start at Ohio State.

Overall, these four-year averages, both straight and weighted, are intended to be an estimate of overall team talent. Two of our best predictors for next season are recruiting -- through metrics like blue chip percentage and the 247 Composite Team Rankings -- and last year's performance -- through metrics like the S&P+ and F/+.

The total point averages confirm the depth of talent at Ohio State and is really shows a more dramatic uptick in talent. While the four-year average point totals have been constant at around 289 points, the weighted rolling average point totals show that the talent in the system is getting more experienced. Now those former blue chip recruits are veterans -- players like Raekwon McMillan, J.T. Barrett, and Sam Hubbard.

As the overall talent base improves, consistency becomes easier to predict -- which is why anything less than a top-ten F/+ finish would be a surprise, despite heavy personnel losses to the NFL.