The Dream 17: Urban Meyer’s Stranglehold on the Recruiting Game Part II
Richard Tongohan via our good friends at Men of the Scarlet and Gray
Visit their fantastic blog and read the full article (and so much more) here 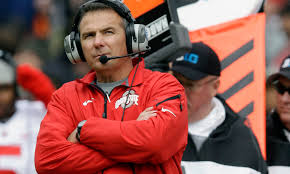 Another week closer to the College Football season and Coach Urban Meyer and his band of merry men have been taking the recruiting world by storm. Their status, whether committed or uncommitted–THEY WILL FIND YOU! Coach Meyer and his coaches have been building a perennial juggernaut and this class is just the start of the warpath that they have been committed to for the duration of Meyer’s tenure at Ohio State. It seem as if though there aren’t any boundaries, no limit to this coaching staff’s reach. They can pull from just about any part of the country for either top tier talents or the Darron Lee’s and Ezekiel Elliott’s of the recruiting world. You flatly just never know until they immerse themselves and adopt the culture that is in place at Ohio State. Here is another installment of The Dream 17. Enjoy! 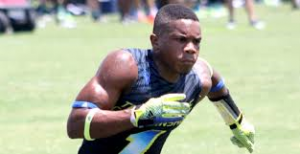 J.K. Dobbins is one of those running backs that remind you of the great ones. The Zeke’s, the El Guapo’s the Beanie’s and the Boom’s that hold a special place in all Buckeyes fans hearts. He is the reigning Sparq rating champion and he looks to play the part on when he gets an opportunity to show out in the Scarlet and Gray. Dobbins hails from La Grange, Texas and stand at a solid 5-9.5, 199 lbs. Once he enrolls and goes through the rigors of Coach Marotti’s strength and conditioning program, I fully expect him to grow into his frame and pack on a ton of muscle. He has made some noise about the potential for fellow running back Cam Akers joining him at Ohio State and if Buckeye recruiting vets have been paying attention, it eerily similar to the Four Star, 12th overall Running Back Ezekiel Elliott or Five Star 4th overall Running Back Derrick Green. Hope that it does not come to that because this kid is going to be a beast for years to come. He can do it all, just like Zeke so hopefully, he sticks with the Buckeyes regardless of the persistent chatter that he may eventually flip because the depth at running back took a huge hit with the dismissal of Brionte’ Dunn this off-season. Tote Nation needs you J.K., with or without Cam. 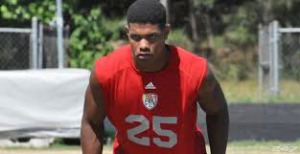 I don’t care what you say but Ohio State can be called and considered as DBU. With Buckeye greats ranging from the various era’s, Arnie Chonko, Neal Colzie, Tim Fox, Ray Griffin, Mike Sensibaugh, Shawn Springs, Antoine Winfield, Jack Tatum, Chris Gamble, Malcolm Jenkins, Kurt Coleman, and more recently Vonn Bell and Eli Apple who both left early for the NFL. Pryor look to continue to uphold the legacy of all the Buckeye greats. He comes from the IMG Academy and stands at 6-1.5, 195 lbs. He is a rangy prospect and he is versatile enough to play both cornerback and either safety spot. He can wreak havoc against the run, being able to shed blocks while still being able to play in coverage. The sky is the limit with Pryor and seeing that he has been on board for a while now, I feel that he is securely in the plans for the Buckeyes future. He is talented and is an able learner. He will take guidance from Coach Schiano upon his arrival. He will look to secure playing time and he will surely try to vie for time against oft-injured upperclassmen that have been in the program longer. You never know during the offseason, so it will be an exciting time to see who the next great Buckeye Defensive Back will be or if we will have multiple emerge. 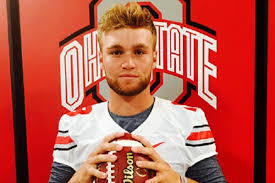 The rich get richer and with Ohio State, they have lost both Braxton Miller and Cardale Jones to the draft and with J.T. Barrett returning along with Stephen Collier (out for season with torn ACL), Joey Burrow, Quarterback turned Wide Receiver Torrance Gibson and incoming Freshman Dwayne Haskins, the Buckeyes add two more, if they stay and one of them is Tate Martell out of Las Vegas, Nevada. Yes, rumors per another recruit state that one of the two will not be a part of the Dream 17, but until something is confirmed, it is all heresy. Martell is 5-10.5, 203 lbs and he is often compared to Johnny Manziel, which is flattering when comparing playing styles, but hopefully he hates to party. Martell is the #1 Dual-Threat Quarterback and if he lives up to the hype, he could be the next Troy Smith. He is just as accurate while passing the rock as he is when he is making a mad dash for the first down or for the touchdown. He looks to be a key piece of this class and if Ohio State needed it, he can also recruit. While at The Opening he was seen regularly with top-tier prospects attempting to get them to join him in this class. Two of those targets make their decisions at the end of the month and he is not going to stop until the Buckeyes secure the top class for this one and for years to come. 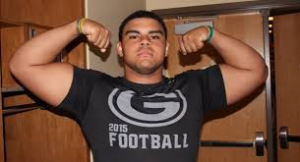 Haskell Garrett is another mammoth, with huge potential and upside that the Buckeyes have plucked away from the West Coast. Garrett hails from Las Vegas, Nevada and is teammates with Tate Martell. Garrett is 6-2, 298 and looks like the part and oh, he plays like his head is on fire. At The Opening, he wrecked some of the top rated offensive linemen prospects and held his own for the duration of the drills. With Coach Marotti’s program, he will turn into highly sought after high school prospect to the next Adolphus Washington, Michael Bennett or Jonathan Hankins that will wreak havoc for offensive lines in the BIG 10. This kid is already a wrecking ball and with the correct guidance from Coach Fickell and Coach Johnson, he will develop like all the other prospects who committed and who had embraced the ways at Ohio State. Look at Sam Hubbard and Tyquan Lewis. They waited and look at them now. They developed and forced their way into a starting position. Garrett will do the same and who knows, he might beat out the upperclassmen placed above him. He has the tools, the aggression and the potential to shoot up the depth chart. He just has to work at it and he will be the next Buckeye great on the inside of the defensive line. 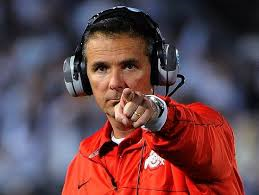 There is a lot to be excited about for this recruiting class and there is a potential for fireworks and possibly another huge run when landing additional prospect to seal the deal and ensure that the Buckeyes dethrone Alabama atop the recruiting ranks. Although there is still a ton of time left, I will not let myself make hasty notions or statements prior to National Signing Day. There can be twists and turns (Johnny Townsend, Carlton Davis) and until then, I will continue to dish out on the Dream 17 and beyond. Hope you enjoyed! Go Bucks! O-H!