The 2016 Fiesta Bowl: A Desert Showdown
Shannon via our good friends at Men of the Scarlet and Gray
Visit their fantastic blog and read the full article (and so much more) here 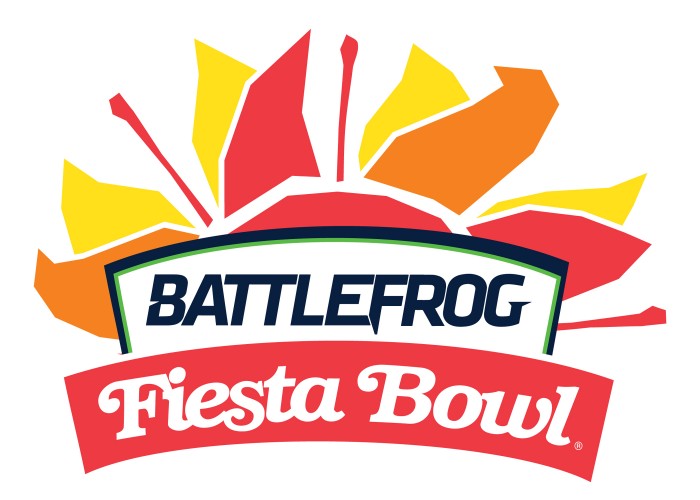 
Ten years ago Jim Tressel and the Ohio State Buckeyes traveled to Arizona to play in the Fiesta Bowl against the Charlie Weiss Notre Dame Fighting Irish. During that time Weiss was suppose to be the hottest coach in America bringing the Golden Domers back into national prominance.

Little did we know that the next ten years Notre Dame would play in one national championship game and Weiss wasn’t their coach. The Buckeyes played in three national championships games, they went 1-3 in those games. Ironically losing one to the Urban Meyer Florida Gators, who is now Head Coach for the Buckeyes. You might have heard he won a national title last year.

Before we go and bust out the split Hawk/Quinn jersey reminiscing, just wanted to really say who would have thought how much things have changed for both teams.

The Notre Dame Fighting Irish had a few good seasons under Weiss but faltered which brought in Brian Kelly. Kelly has done what Weiss (who is finally done milking the Golden Domer cow) wasn’t able to do. Kelly had the Irish going undefeated in 2012 and played Alabama in National Championship. It is this contributors contention the Buckeyes should have self-imposed a 2011 bowl ban. Thus allowing two undefeated teams having played each other, my bias has me believing Ohio State would have won another major trophy.

Now here we are after the ball dropped last night, officially making it 2016.

The Ohio State Buckeyes facing off against the Notre Dame Fighting Irish.

Naturally there are some story lines like Notre Dame’s offensive coordinator/quarterbacks coach Mike Sanford having Urban Meyer connections and the alleged story he might have turned down the Buckeyes position allowing Tim Beck to be the man. There is also former running backs coach from Brian Kelly’s Notre Dame team leaving after national signing day to join the Buckeyes.

This game will have repercussions on the recruiting circuit. Both coaches are flipping and flopping each other commits, with them looking for a lot of the same players in order to be at that elite level. The other repercussion would be the fan bases. The winner gets to brag about which team truly elite. Both universities are a couple of the top teams in the nation with gigantic following’s and naturally lots of hate too.

The Notre Dame Fighting Irish are 1-3

Notre Dame has played a pretty tough schedule, being an independent school allows this. Even though they are somehow connected with the ACC but aren’t (that’s a rant for another time). They lost to Clemson (who will be playing Alabama in the championship game) and Stanford (who will face Iowa in the Rose Bowl). Those two losses were by a total of four points combined. The Fighting Irish suffered a lot of major injuries during the beginning of the season but have shown the next man up mantra. They were a team a lot of folks picked to be in the playoffs this season but unfortunately for them it didn’t happen.

Ohio State hasn’t played as difficult schedule because well some of the Big Ten weren’t that strong but hopefully the tide will be turning on that. The had one lone loss in the second to last week against Sparty (who got embarrassed by Alabama last night). The season for Ohio State, which many national media picked to win back to back championships, was a disappointment for many a fan like myself not because of not making the playoffs but as the offensive struggles went. The Buckeyes had to endure major injuries to the wide receiver position losing Noah Brown before the season then Corey Smith. There were lots of suspensions to players on the team then, besides the offensive play calling, there seemed like the offensive players didn’t execute as well as last season.

Let’s get into the meat of this preview and start breaking it all down shall we.

The Fighting Irish run a spread type offense like Ohio State does but its more of balanced attack. The Golden Domers can run the ball well averaging 215.17 yards per game. having an offensive line that averages 6 feet 5.5 inches and weighing 313 pounds allows C.J Prosise to average a little ove a hundred yards a game (103.2) and quarterback Deshone Kizer who has some wheels average almost 42 a game (41.6).

Speaking of Kizer he does a good job throwing the pigskin with a completion rate of 62.6 percent and averaging 256.3 yards per game in the air. His main target is 6 ft 1 inch Will Fuller (he announced hes coming back for 2016 season). Fuller who weighs 185 pounds has 50 receptions for over a thousand yards (1009) this season. He has averaged 20.2 yards per reception, he also has 9 drops on the season with 21 first downs and 12 touchdowns.

The keys for Buckeyes on defense will be to obviously stop the run especially keeping Kizer contained which running quarterbacks have shown to be an issue for them. Being down two defensive lineman (Washington and Schutt) this can create some problems. Ohio States secondary has shown they can match up and lock players down. The combo of Eli Apple and Gareon Conley has only allowed 32 receptions on 85 targets on the season (37.65%). The linebacker corp of Raekwon McMillen, Joshua Perry and Darron Lee is one of the best and they will be creating havoc. Safeties Vonn Bell and Tyvis Powell will also be all over the field. Hopefully the Silver Bullet defense shows up for many of these awesome defensive players who will probably be playing their last game wearing Scarlet and Gray.

All season the Buckeye offense seemed dazed and confused. Many Ohio State fans were blaming Cardale Jones for the ineffectiveness, it all wasn’t his fault as proven by Barrett struggling also during key points of the season. The Buckeyes have a major weapon with running back Ezekiel Elliott who will be playing in his final game. The Scarlet and Gray have been having issues throwing the ball but they kind of opened up the offense more against the Wolverines in the regular season finale. Barrett and company showed in that final regular season game tempo is the key and a major advantage for them. I am looking to see some special plays for Braxton Miller who will be also playing his final game. I have a feeling we will finally see the alleged double pass in this game and maybe more than once if used early and successfull.

Notre Dame defense is pretty good having a national ranking of 38. They surrender 166.75 yards on the ground, that is one of the major kinks in their armour. Their secondary has allowed just under 200 (195.7) a game in the air but took some hits with starting cornerback Devin Butler suffering a broken foot during Monday’s practice. Starting safety Max Redfield has been sent home for violating team rules. Their secondary had some hits already this season so this isn’t a good thing for the Fighting Irish. The Buckeye offensive line, who had their best game against TUN, will be having their hands full with defensive tackle Sheldon Day and defensive end Romeo Okwara. The Irish also are getting defensive tackle Jarron Jones back from a torn MCL.

The keys for each team is going to be the offensive lines. The team that can control the line the most will come out of this game with the win. Buckeyes will need their offense to move the ball, allowing the defense to get some rest (unlike the MSU game). A lot of these players for Ohio State be playing for the Buckeyes for the final time. Will they give Buckye Nation their all for their final game? There is going to be a lot of talent on both sides of the field with a bunch of NFL scouts keeping their eye on this game.

I stated on the Men of the Scarlet and Gray podcast I am going with Ohio State 42-34. The Buckeyes have experienced some good fortune in the desert, hopefully that continues allowing these Buckeyes to be remebered as some of the best ever.