tBBC tBBC NIT Opener: A Glance at OSU vs. Akron

tBBC NIT Opener: A Glance at OSU vs. Akron
jcollingsworth via our good friends at Buckeye Battle Cry
Visit their fantastic blog and read the full article (and so much more) here 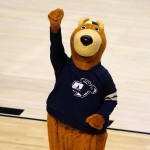 The OSU MBB team will be heading for the NIT instead of the NCAA. The entire process of this reality perhaps became noticeable back on Feb. 23rd when the Buckeyes lost to *ichigan State. That was a crucial three-game span where the need for two of the three wins would have solidified their hopes in landing into the NCAA Tournament. But, it never happened. The Buckeyes would lose two of the three – both to the Spartans before being dealt a trifecta against the same annoying team in the Big Ten Tournament.

The Buckeyes open NIT play against the Akron Zips of the MAC on Tuesday in Columbus scheduled for 7 p.m. and will be televised on ESPN.

Not a lot has changed for the Buckeyes – statistically speaking: Marc Loving continues to lead all scorers with an average of 13.5. Rebounding belongs to Jae’Sean Tate with a 6.4 average, but we are all aware of the misfortunate news reference Jae’Sean and his shoulder; Kieta Bates-Diop, too, has a 6.4 average off the boards. JaQuan Lyle is the assist leader with 4.3.

The Zips have shown some spunk this season. They are a feisty team that won the MAC regular season play. They were not to take the Tournament crown, though. Buffalo would hand them a loss in a thriller 64-61.

Akron leaders are Isaiah Johnson scoring with a 13.1 average. Isaiah also leads the team in rebounding with a 7.3 average. Antino Jackson a 5-11 Guard rolls behind Isaiah with an average of 11.8 in scoring. He also leads the team in assists with 3.5 per game. The player in my opinion to watch is Kwan Cheatham, Jr. The 6-10 forward only averages 7.7 points per game, 5.0 rebounds, and 1.6 assists – but he seemingly drops those numbers in the thick of play as the clock is winding down. He is a hard hustler who will let you know he is on the court.

The Buckeyes are now on their second journey into the NIT under Thad Matta. They were the # 1 seed in the NIT – winning it all in 2008.

There isn’t any real analysis that would be worthy in discussing this game – by no means is that an attempt on my part to not break this game down. My point is that the NCAA Tournament for this year is the most losing field of all-time. Never before in the 77-year history of this event has every team in the tournament had at least four losses. And that really only speaks of two teams in the tournament – Kansas and Arkansas-Little Rock – both having four losses. Everyone else in the tourney has more. With that said – we are now talking of the NIT. Essentially what it all equates to is that everyone is beatable in both the NCAA and the NIT.

I find it difficult to see the Buckeyes ending their season on Tuesday against the Zips of Akron. Worse things have happened though. This is a crazy year for College Basketball. But it is a fantastic year for excitement and unpredictability’s. Even with that said – and truly a reality – I just do not see the Buckeyes season ending on Tuesday.

The post tBBC NIT Opener: A Glance at OSU vs. Akron appeared first on The Buckeye Battle Cry: Ohio State News and Commentary.