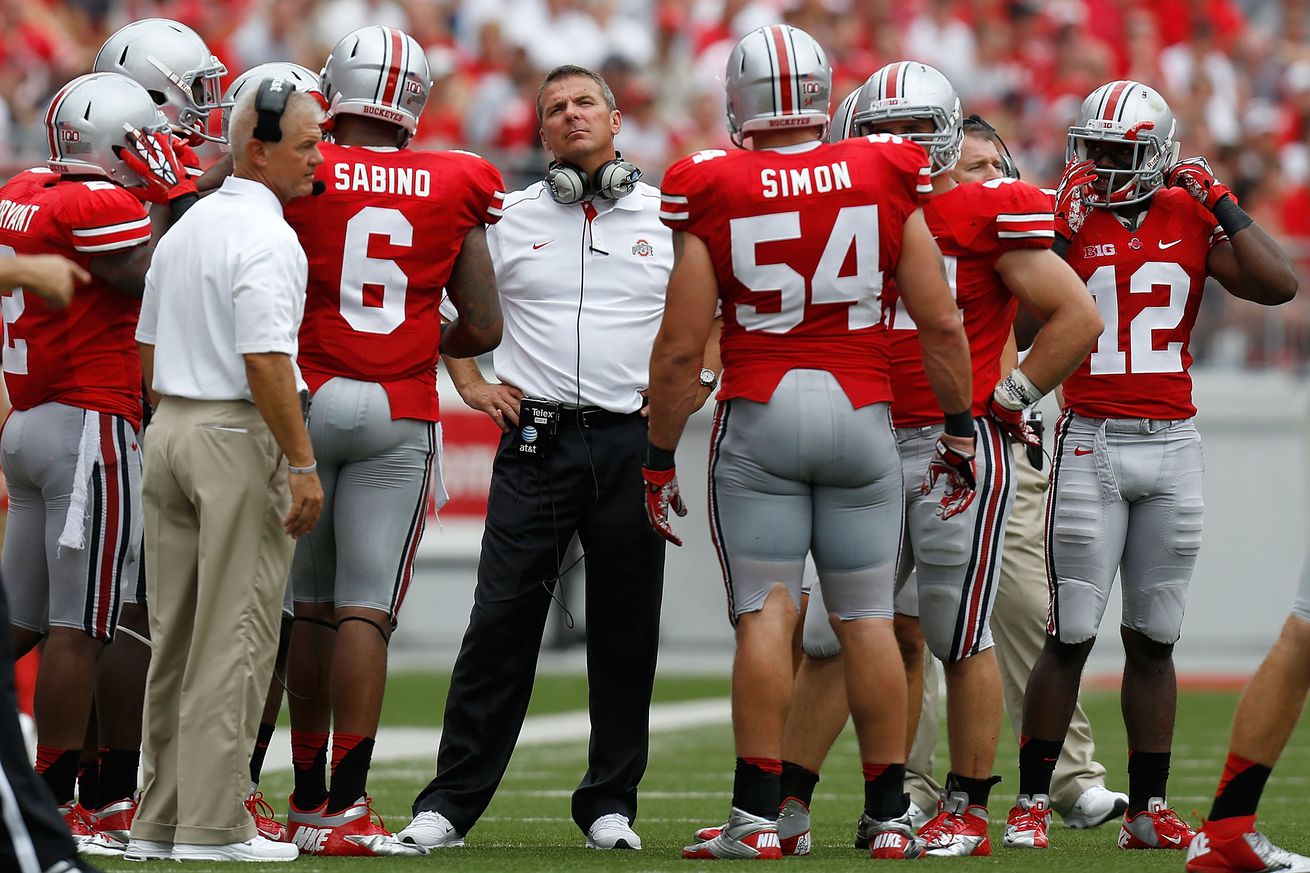 Numbers, they are everywhere.

Here we are counting down the days until college football returns to Columbus – 43. How many wins does Urban Meyer have in his first four years at the helm of Ohio State? 50.

But, at the time Meyer jumped into the role as the man roaming the sidelines on Saturdays, one number casted a dark cloud over the entire Buckeye nation: the one year bowl ban.

With no chance of a postseason, the 2012 campaign would consist of 12 games. No more, no less.

When No. 18 Ohio State took the field against Miami (OH), nobody realized what was about to manifest in just four years time: the winningest senior class in Ohio State history.

And all jump started by the 24th man to be named head coach of the Buckeyes.

Let’s start off chronicling the most interest and important wins of Meyer’s time at Ohio State, leading up to this year’s kickoff against Bowling Green.

Ryder, Party of One


In Ohio State’s history, only one coach began his tenure at Ohio State taking an ‘L’. To find that one lone coach, the football almanac has to be flipped all the way to the year 1892, where Jack Ryder holds the unfortunate honor. It wasn’t even a close defeat – the Buckeyes lost to Oberlin, 40-4. According to the ESPN College Football Encyclopedia, here are the results from each head coach's first game.


Ahh, the slogan that defined Meyer’s return to Ohio. That seven word phrase carried weight, as eight assistant coaches had some sort of tie to the Buckeye State.

The Buckeye ties were even stronger with Fickell and Vrabel, as they both played for the scarlet and gray in the 1990s.


It seemed natural that Meyer would be on the front cover of the souvenir gameday program. 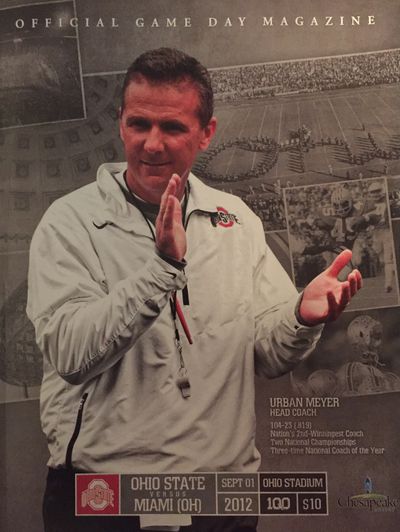 While also on the gameday poster (included with the program), Urban Meyer was joined by a few other notable Buckeyes from the 2012 team. Joel Hale, Verlon Reed, Doran Grant and Devin Smith found their way onto the poster. 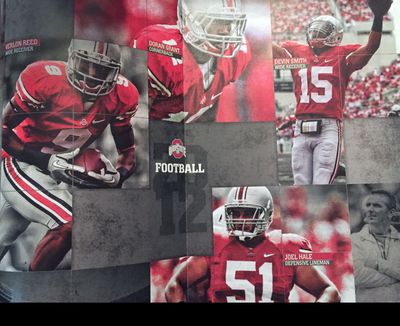 The Game Against Miami (OH) [aka The One With the Catch]


The Urban Meyer tenure at Ohio State officially began at noon on Sept. 1, 2012. However, the Buckeyes weren’t the first team on the board; an uneventful first quarter ended with the Redhawks up 3-0.

Curmudgeons of the world (probably) believed that this would be the demise of Ohio State football. A 6-7 campaign in 2011 was being met with a sluggish first quarter start against a MAC opponent to open the 2012 season.

At the time of this game, the Buckeyes hadn’t lost a home game to start the season since 1978, they haven’t lost an opening game since Miami (FL) in 1999 and survived the first game post Tressel in 2011 with a win. Things would eventually click.

The click came with highlight reel play from none other than sophomore quarterback Braxton Miller.

And just like that, order was restored. Remember how glorious it was when Braxton was throwing deep balls into Devin-Smith-only-territory?

The Buckeyes wouldn’t look back, as they piled on 21 second quarter points en route to a 56-21 victory to start the Urban Meyer reign in the right direction.

It seemed so long ago, but Carlos Hyde was part of the Urban Renewal process in Columbus, OH. In the 2011 campaign, Hyde rushed for 566 yards and six touchdowns; he also averaged 43.5 yards per contest. Those numbers would be increased in the two years Hyde spent with Meyer.

What was happening in the college football world