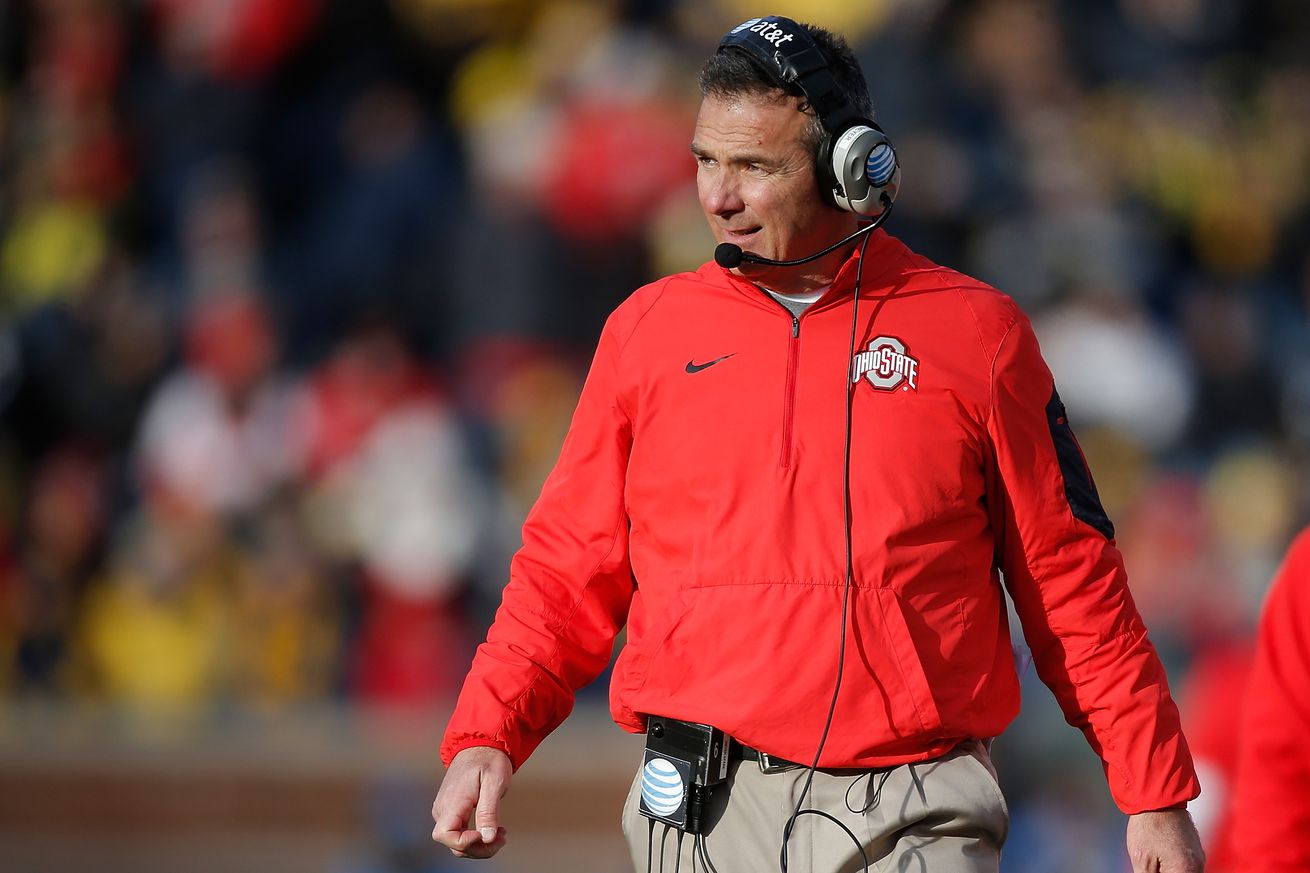 The Buckeyes are searching for the player they hope they won't need on the offensive line.

"What you want is if there’s a guy who can back up two spots, he’s better than the others, and that’s the next step after you find the first five. What if something happens? Who’s the next best guy? What position does he move to? Those are all pieces of the puzzle of offensive line play."


While you hope that you never have to see him, the sixth man on the offensive line is perhaps just as critical as the five starters. He may never play in a game, but when times are tough, and a lineman has to exit, the sixth man must be ready to step up. Buckeye fans should be familiar with recent history of the sixth man: Pat Elflein came into the Michigan game as a freshman in 2013 after Marcus Hall was ejected. Chase Farris stepped in during the second quarter of the Sugar Bowl against Alabama. Last season, Jamarco Jones filled the role, and the line was able to shift accordingly, though he was not actually needed during games.

The best kind of sixth men are able to play both guard and tackle, like Farris, and even if they do not get many meaningful snaps in their role, it could set them up well for the future. Farris, for instance, earned his starting spot in 2015 as a result.

The frontrunner for this year’s sixth man is true freshman Michael Jordan, who is still competing for a starting spot at left guard, despite being recruited as a tackle. He would be competing with redshirt sophomore Demetrius Knox and juco transfer Malcolm Pridgeon.

Critical in determining the sixth man is knowing how the line works together. For example, Billy Price would be the man to fill in for Elflein should he go down at center, and the rest of the line would fill in as needed in order to have the best five players on the field at a given time.

"A five-goal run turned a 6-5 Michigan lead into a comfortable 10-6 advantage for No. 17 Ohio State in the second half, but rivalry games aren’t won so easily."


The Ohio State Buckeyes women’s lacrosse team began conference play in exciting fashion, narrowly defeating the Michigan Wolverines by a score of 10-9 in Ann Arbor in the snow. With the win, the women improve to 10-1 on the season--the best start in program history--and extend their winning streak to a program-record eight games. The victory is also the Buckeyes’ fourth-straight against the Wolverines. Senior attackman Cian Dabrowski’s three goals led the team in scoring. Junior midfielder Paulina Constant and sophomore attackman Molly Wood added two goals each on the day.

The Buckeyes struck first in the game for an early lead, but conceded three goals to go down two scores in the first half before retaking the lead. Despite the 4-3 lead at halftime for Ohio State, Michigan came out strong in the second half, taking the lead with a score of 6-5 with 21 minutes remaining in the game. But the Buckeyes rallied in the ensuing minutes, scoring five goals to go up by four late in the game. Despite their momentum, Michigan managed to turn the tide, finding the back of the net three times in the next seven minutes to narrow their deficit to just one goal. With just 23 seconds left in the game, the Buckeyes controlled the ensuing draw, effectively sealing the win for Ohio State. The women are scheduled to face No. 9 Penn State this weekend in Columbus.

"I’m incredibly proud of this team. We handled all of the challenges the meet threw at us this weekend and had a great showing in front of our family, friends and fans. The medals and awards our guys earned are a testament to their hard work."


In a historic weekend for the Ohio State men’s gymnastics team, the No. 3 Buckeyes earned a Big Ten title, swept conference awards and earned conference coach of the year accolades following an outstanding performance at the Big Ten championships over the weekend. The Buckeyes earned the title following days of competition hosted at St. John Arena in Columbus.

Redshirt sophomore Sean Melton, who has won numerous gymnast of the week honors for the Big Ten, concluded the season with the conference’s gymnast of the year honors--the first time a Buckeye gymnast has won since 2004. At the championships, he recorded a near-perfect score on parallel bars, earning a gold medal in the process. Melton also earned gold for floor exercise and silver on rings on his way to the gold for his all-around performance.

Freshman Alex Yoder took silver in the all-around, as well as a gold medal on pommel horse in the championships, earning Big Ten Freshman of the Year honors in the process. Like Melton, who won the award himself as a freshman, Yoder received several freshman of the week honors this season. Both Yoder and Melton earned first-team all-Big Ten honors for their performance this season.

Head coach Rustam Sharipov also took home awards on the weekend after being recognized as the Big Ten Coach of the Year.