Ohio State vs. Michigan 2016 final score: 3 things to know from OSU's 76-66 win
Grant Freking via our friends at Land-Grant Holy Land
Visit their fantastic blog and read the full article (and so much more) here 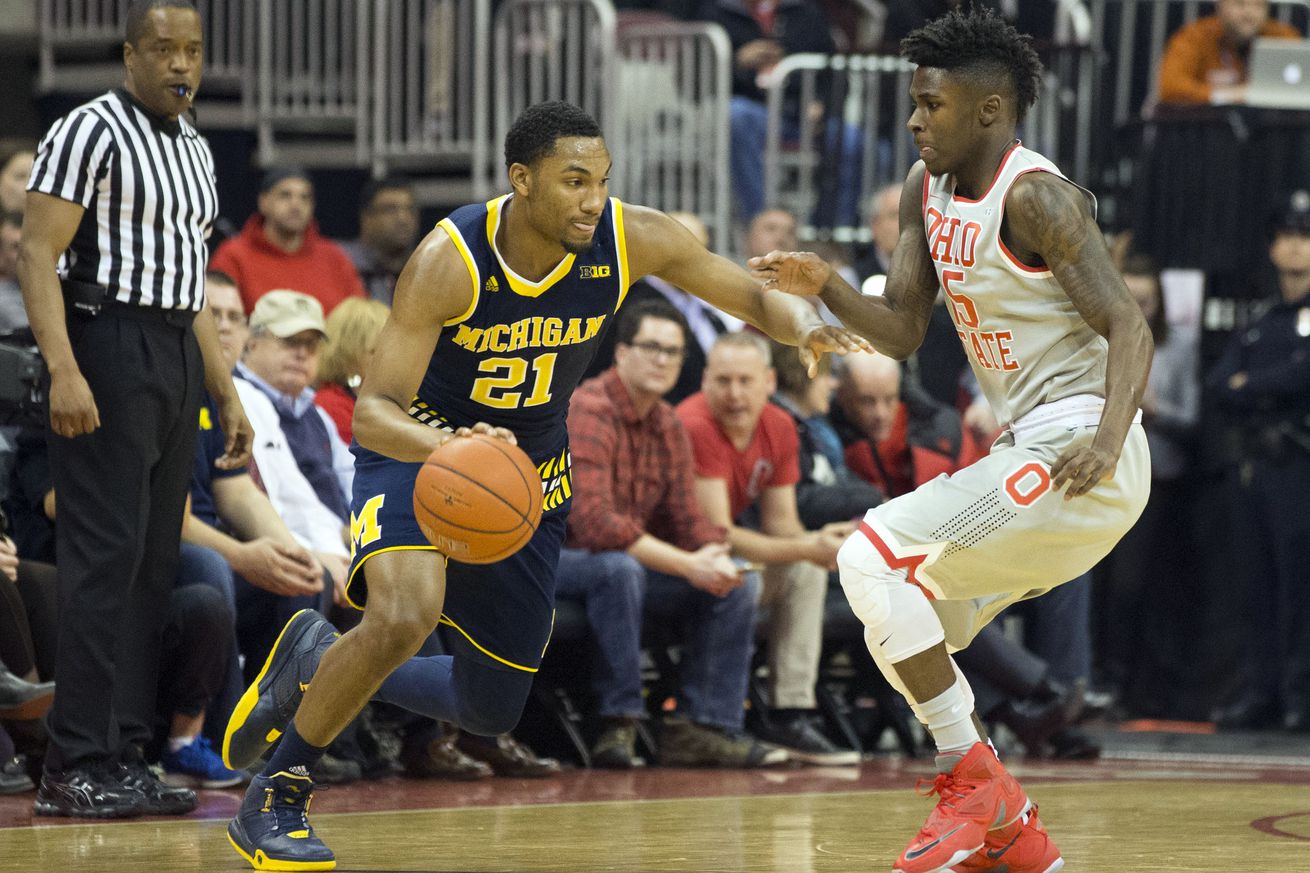 Spurred by a strong shooting performance and lockdown defense, the Buckeyes won their third straight game.

On a night when Ohio State honored its past by raising Evan Turner's No. 21 to the rafters, the Buckeyes showed out for the former national player of the year, handling Michigan 76-66.

Ohio State surged to a 7-2 advantage three minutes into the game, then went nearly four and a half minutes without a field goal. Michigan -- playing without senior guard and Columbus native Caris LeVert, the team's leading scorer -- seized its first lead at 9-7, but Kam Williams, racing around screen after screen like a latter-day Ray Allen, scored six straight points to push the Buckeyes ahead 21-16 at the under-8 timeout.

With the help of Jae'Sean Tate, Ohio State led 35-28 at halftime. Tate, who started the game strong by scoring his team's first basket and drawing a foul on an offensive rebound, scored the Buckeyes' final seven points of the first half. The sophomore forward paced all scorers with nine points at the break. Through the first 20 minutes, Ohio State was out-shooting Michigan (50 percent to 33 percent) and was plus-three on the boards. The Wolverines missed 11 of their 14 3-point attempts in the first half.

The Wolverines posted the first four points of the second half, but a 7-0 surge capped off by a slick lob from JaQuan Lyle to Trevor Thompson forced a timeout by Michigan coach John Beilein with his team trailing 43-33 at the 15:45 mark. An aggressive, paint-centered offensive approach helped force Michigan into the single bonus and a 14-point deficit with just under 13 minutes left in the game, but the Wolverines, led by Zak Irvin, rebounded to pull within seven points a few minutes later.

Ohio State's lead hovered around 10 points for the next 10 minutes of game time, and the hosts were ahead by exactly 10 coming out of the final media timeout. A jumper by Williams and a 3-point play by Marc Loving put the game out of reach.


1. Ohio State's voodoo worked. At halftime, Turner was honored by Ohio State for his accomplishments as a Buckeye and had a banner with his No. 21 revealed. The current Boston Celtic joined four other former Ohio State hoopsters to have their number recognized: Jerry Lucas (11), Gary Bradds (35), Jim Jackson (22), and John Havlicek (5). Turner's crowning moment at Ohio State also happened to be his game-winning 37-footer to stun Michigan in the quarterfinals of the 2010 Big Ten tournament.

2. Marc Loving came to play. Fresh off his first scoreless outing in almost a year, Loving responded well Tuesday night, delivering his fifth double-double of the season. The junior swingman was active on both ends of the floor, and was a central reason in the Buckeyes fending off a mini-surge by Michigan in the second half.

3. The going is about to get real tough. The young Bucks better buckle up for the home stretch of the regular season, because it could be a bumpy ride to the finish. After its road date at Nebraska on Saturday night, Ohio State will close its Big Ten slate with consecutive home tilts against Michigan State and Iowa, two programs ranked third and fifth, respectively, in the latest KenPom.com efficiency rankings, before traveling to East Lansing for its regular-season finale on March 5.