Ohio State shouldn't hang their heads after the Michigan State loss
Harry Lyles Jr. via our friends at Land-Grant Holy Land
Visit their fantastic blog and read the full article (and so much more) here 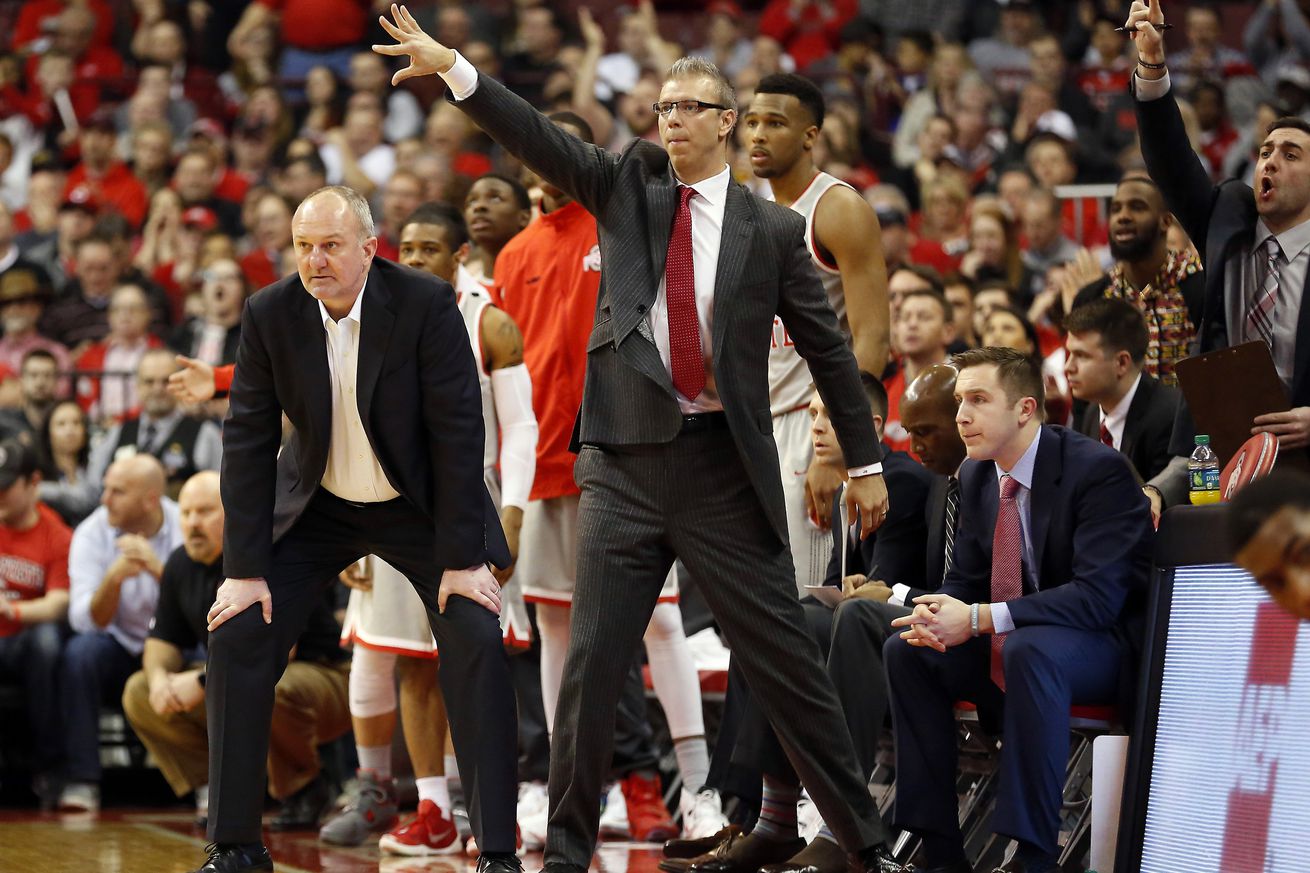 They didn't get the result they wanted, but they showed some promise early despite missing a key piece.

"Ohio State still has games left, and can't let something like the full scope of Tuesday's losses snowball into something worse."


It's been a rough 48 hours or so for Ohio State basketball. First, there was the news of Jae'Sean Tate's shoulder, which turns out will leave him out for the rest of the season. Then came the Buckeyes' 19-point loss to the Michigan State Spartans, a game they desperately needed in order to improve their resume in hopes of making the NCAA Tournament. Yet, although the Buckeyes didn't get the result they wanted, they weren't disappointed with their effort, and that's just fine. The Buckeyes put forth a good fight in the first half. They played a pretty tight game with one of the hottest teams in the nation, with one of the best players in the nation in Denzel Valentine.

It's even more surprising that the Buckeyes played as well as they did without Tate, who has brought in over 11 points and six rebounds per game for the Buckeyes. But as Landis points out, Ohio State still has games left, and can't let the loss tear them down. They will face the Spartans again, but not before they welcome No. 8 Iowa to Columbus on Sunday. Hopes for the NCAA Tournament might be gone, but expectations weren't high for this team in the first place. If they can build and finish strong at the end of the year, most Buckeye fans will take that, and Thad Matta probably would as well.

"The 2016 NFL Scouting Combine gets underway at Lucas Oil Stadium in Indianapolis today, and over the next six days, 15 former Ohio State Buckeyes will showcase their skills"


It's that time. A total of 15 former Buckeyes will be in Indianapolis to display their talent in front of NFL scouts to prepare for the NFL Draft. Those include Joey Bosa, Ezekiel Elliott, Cardale Jones, Jalin Marshall, Braxton Miller, Michael Thomas, Nick Vannett, Taylor Decker, Adolphus Washington, Joshua Perry, Darron Lee, Eli Apple, Vonn Bell, Tyvis Powell, and Noah Spence. Spence most recently played for Eastern Kentucky, and put on a great display at the Senior Bowl.

Most eyes will be on Bosa, Miller, Elliott, and naturally, Jones. Bosa should undoubtedly be selected the highest out of all of the players, and is projected in the top five picks across multiple mock drafts. Miller's versatility and blazing speed make him an intriguing prospect among teams looking for a speed receiver. Elliott is arguably the best running back in the draft, and teams looking for an option at quarterback will take a good look at the gunslinger Cardale Jones. You'll be able to catch recaps of the Buckeyes and how they perform in Indianapolis right here at Land-Grant Holy Land.

"[Joshua] Perry is one of four players who will participate in a fundraiser to raise money for the Eagle Fund, which supports active-duty wounded or injured members of the U.S. military's special operations forces"


Joshua Perry has always been known for his off-the-field gestures. Perry, along with three other players participating in the NFL Combine will be participating in a fundraiser for the Eagle Fund. The Eagle Fund supports active-duty wounded or injured members of the U.S. military's special operations forces. Perry and Georgia wide receiver Malcolm Mitchell will compete in the vertical jump to raise money for the fund. Ryan Kelly from Alabama and Shon Coleman from Auburn will be competing in the bench press.

Perry has been training alongside special operations members who have been doing their rehab. "It’s a really cool project to help people who’ve helped us out in ways we don’t even realize," he told Rabinowitz. The former Ohio State linebacker should hear his name in the first few rounds in the NFL Draft, and there might not be a guy who deserves it more. Perry has always taken care of his business on the field, but he's always worked just as hard off of it.

"She cried. She scored. She'd been waiting four years to do it."


Kalpana Beach had a promising freshman season for the Ohio State Buckeyes women's basketball. She played 30 games, and started each one in the 2011-2012 season. But Beach would face injuries that would derail her playing career. She tore her right ACL after her freshman season heading into her sophomore campaign. Six months later, she damaged her MCL, causing her to miss her junior season as well. Knee injuries in sports are often times enough to sideline a player for good, but Beach kept fighting.

That fight paid off, as she played in her seventh game of the season on Ohio State's Senior Day on Sunday, and scored six points. She shot 3-of-5 from the field, in what was an emotional game for her. As Lesmerises describes, her emotions ranged from sadness to happiness, walking to center court with her parents. She told Lesmerises she felt bad for herself for a long time, which is common with athletes who face these devastating injuries. But she kept with it. "I didn't want to quit," she told Lesmerises. "I wanted to keep trying to play," and she did. Although her career didn't turn out how she planned, her perseverance is something anybody could admire, and she'll never have to ask herself if she could have recovered. Because she did, and she succeeded.