Ohio State QB J.T. Barrett named Big Ten offensive player of the week
Luke Zimmermann via our friends at Land-Grant Holy Land
Visit their fantastic blog and read the full article (and so much more) here 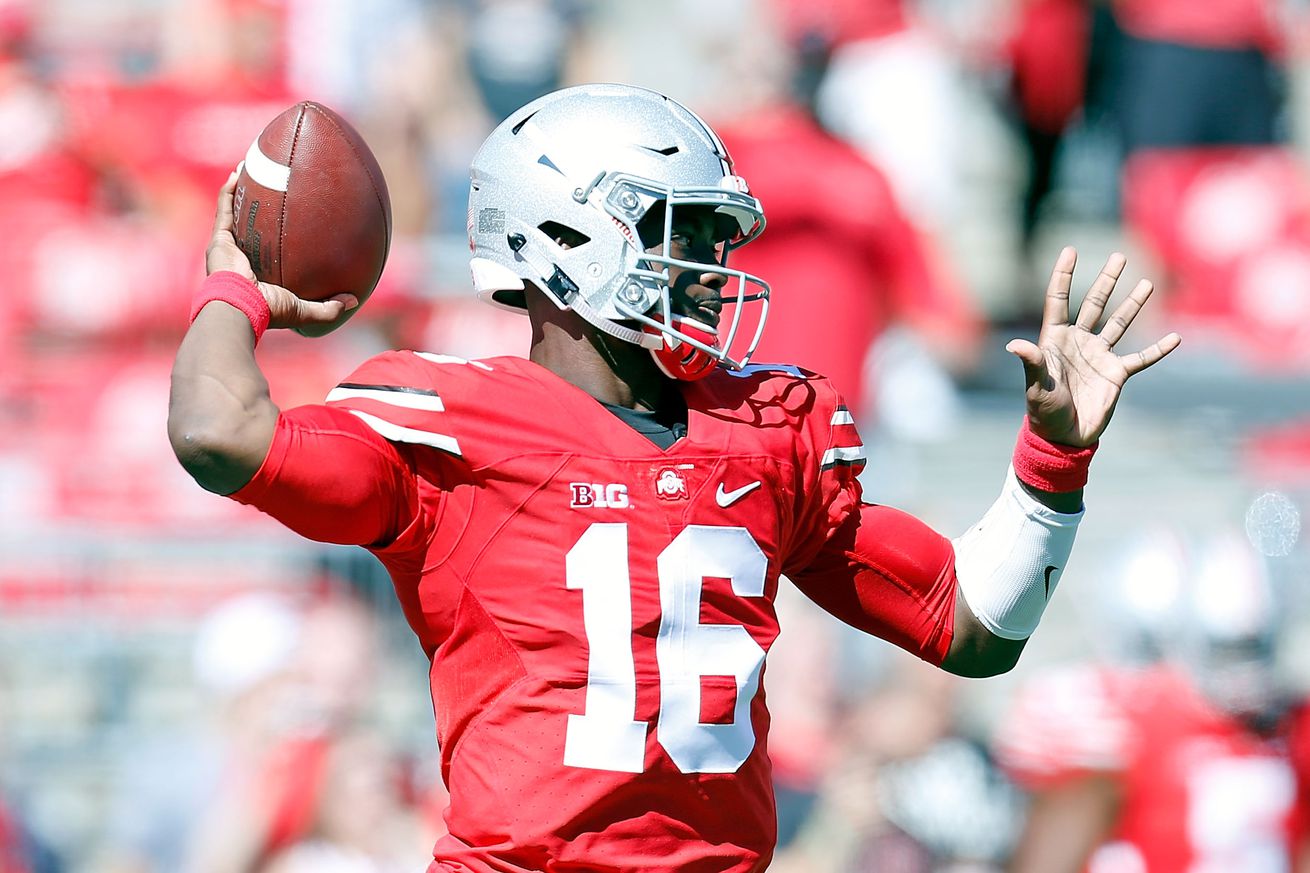 J.T. Barrett’s 2016 season couldn’t have gotten off to a much better start.

Despite throwing a pick-six on OSU’s first series of the game, Barrett was surgical and near perfect there after en route to a personal best three passing touchdowns in a single quarter. For his troubles, Barrett’s the Big Ten’s Week 1 Offensive Player of the Week.

Barrett finished Saturday’s 77-10 demolition of Bowling Green with a school record seven touchdowns as he improved his record as the Buckeyes’ starter to an impressive 16-2.

The Texas native finished his three quarters of action 21-of-31 for 349 yards and six touchdowns through the air with six rushes for 30 more yards and a QB scramble for six to his name as well.

Joining Barrett in the awards department is Michigan senior linebacker (and Trotwood-Madison product) LB Mike McCray, who led the Wolverines in tackles in their 63-3 win over Hawaii.

Wisconsin’s Rafael Gaglianone, who hit the game winning field goal for the Badgers against LSU just months after losing close friend Nebraska punter Sam Foltz in a car crash, was the special teams player of the week.

Iowa defensive end Anthony Nelson was the conference’s freshman of the week.