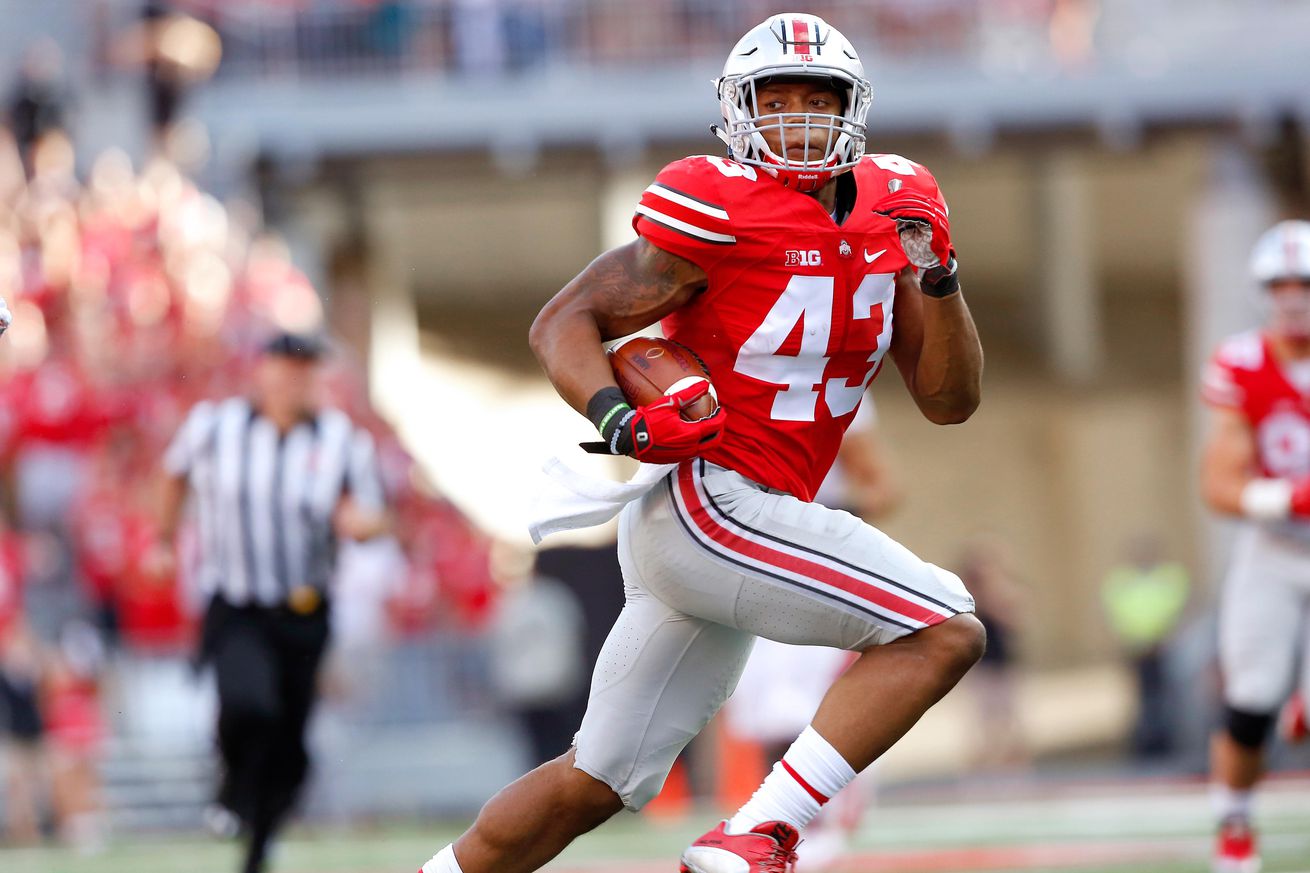 A high school quarterback turned All-American linebacker, Lee is the latest Buckeye to fly off the board.

The unanticipated rise of Darron Lee continued Thursday night when the New York Jets selected the Ohio State linebacker with the 20th in the first round of the 2016 NFL Draft. Lee, initially an overlooked member of the Buckeyes' now-famed 2013 recruiting class as a three-star high school quarterback, redshirted his first season on campus before bursting onto the scene during Ohio State's 2014 national championship season.

For his career, Lee nearly totaled as many tackles for loss (27.5) as games played (30). An All-American as a redshirt sophomore in 2015, Lee showed out in his final game, logging seven solo tackles, two sacks, a forced fumble, and a QB hurry in the Buckeyes' Fiesta Bowl victory over Notre Dame.

During his breakout campaign as the replacement for Ryan Shazier (a first round pick of the Pittsburgh Steelers two years ago) in 2014, Lee introduced himself to the college football world with a 61-yard fumble return for a touchdown in Ohio State's season-opening win over Navy. Lee, a native of New Albany, a Columbus suburb, would later garner Defensive MVP honors (seven solo tackles, three tackles for loss, two sacks) in the Scarlet and Gray's Sugar Bowl triumph over Alabama.

Lee dazzled at the NFL Combine, with his 4.43 40 time the fastest among the linebackers present in Indianapolis. Lee's penchant for big plays and his ability to thrive on the edge as a rusher and boundary defender appear to be a recipe for success in the pass-happy NFL. However, something to watch for is whether Lee's high-wire athleticism can help him overcome his overall lack of size at 6'2, 228 pounds and make him an effective run defender.

Get to know Darron: