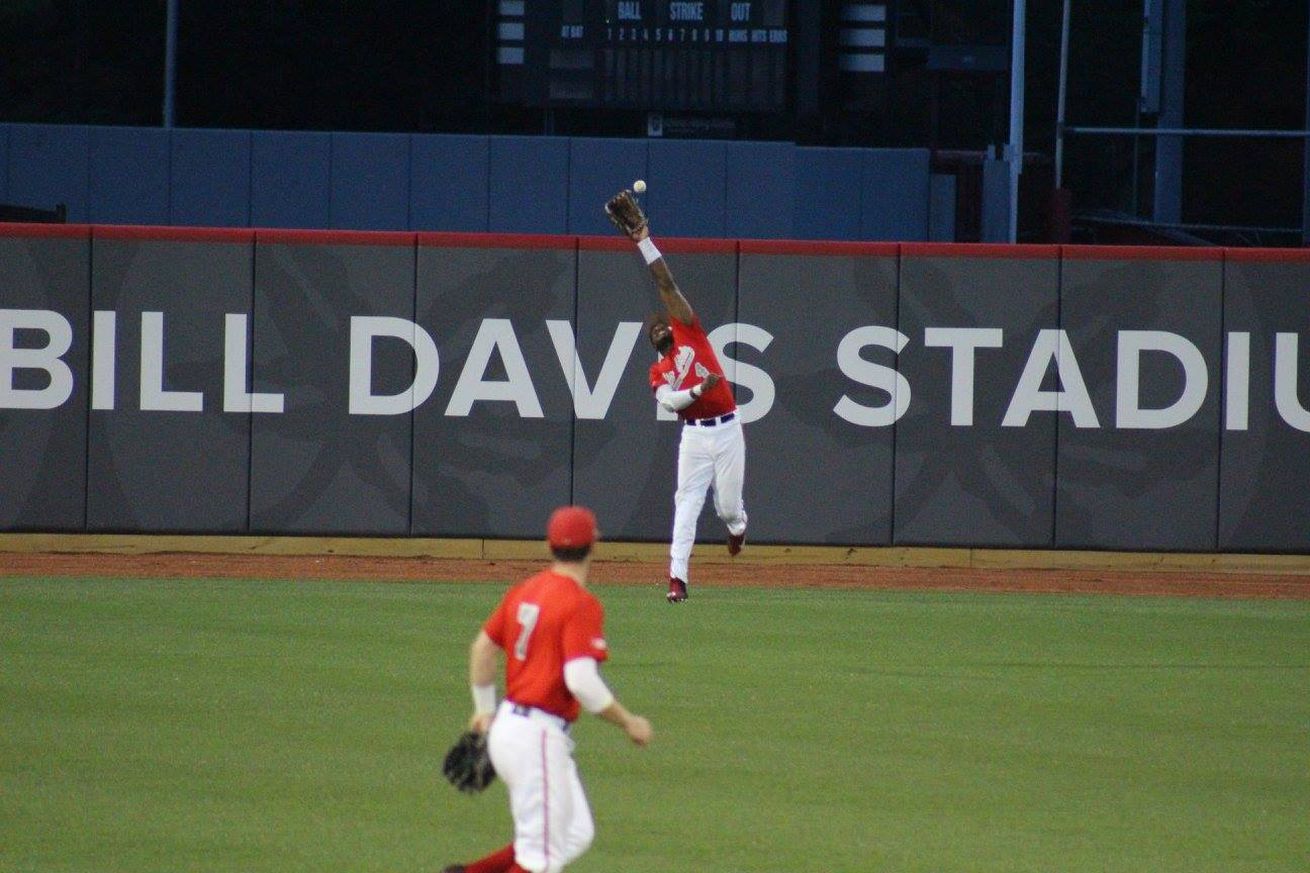 The Buckeyes are in need of a series win against their biggest rival to solidify their Big Ten tournament chances.

There are just six games remaining on the Big Ten schedule for Ohio State. Two weekend series that will determine if the Buckeyes make the trip to Omaha for the conference tournament. Currently in a tie for sixth place in the standings, head coach Greg Beals and his squad can ill afford to turn in any poor performances the rest of the way.

At 10-8, Ohio State is even with both Maryland and Penn State. The Terrapins swept the Buckeyes in College Park in early April, and so hold the tiebreaker. Penn State was not on this year's schedule.

Just a game behind, and one spot out of the Big Ten tourney, is a 9-9 Illinois team who own a series win over Ohio State. A game behind them is Iowa, the team the Buckeyes took two of three from last weekend. To say things are tight heading into the penultimate series of the regular season wouldn't do the situation justice.

Ohio State must win. It's that simple. If the scarlet and gray wants to make a trip to the postseason, a series win this weekend is imperative. And what would a must-win scenario be without the Buckeyes' archrival Michigan being in the opposing dugout?

A 10-2 win over nationally-ranked Florida Atlantic on Wednesday was a template for how Ohio State needs to finish out. There were three home runs, savvy at-bats and baserunning, and solid pitching and defense. Every starter reached base at least once, and all but one scored a run. Five pitchers combined to yield just six hits.

It was the kind of complete all-around performance it will take to beat a Wolverines' squad that has spent the majority of the season in the national polls.


Michigan began the season in the top 25, and head coach Erik Bakich's team has played like a top-caliber team for most of the season. The Wolverines pound the baseball at the plate and the strike zone on the mound among the best the Big Ten has to offer. Currently sitting in a tie for second in the conference, a series win for Ohio State will be no small task.

The maize and blue are second in the conference in hitting with a team batting average of .316, and take the top spot in on-base percentage and runs scored. Michigan scores nearly seven runs per game, a full run better than the Buckeyes, and boasts six regulars with an average above .300.

Sophomore shortstop Jake Bivens has been tearing up opposing pitchers all season, raking at a .387 clip, leading the Big Ten with 75 hits, and placing second with 49 runs scored from the leadoff spot.

The 3-4-5-6 spots in the lineup for the Wolverines are really going to present a challenge for Ohio State's pitching staff, as there aren't any glaring holes. Junior right fielder Carmen Benedetti, one of the top draft prospects in the conference, hits at a .343 clip, leads the team with 18 doubles, and sports a .995 OPS.

Behind Benedetti, junior catcher Harrison Wenson leads the Big Ten with 53 RBIs and paces his team with six home runs, senior center fielder Cody Bruder hits .374 and is second in the conference with 44 RBIs, and sophomore first baseman Drew Lugbauer has five homers and 40 driven in. All three own an OPS north of .900.

So keeping Michigan off the board will not be easy. But neither will scoring against them. The Wolverines' hurlers limit the opposition to a Big Ten-best .229 batting average and have struck out a conference-high 395 while yielding under four runs per game.

The weekend rotation is experienced, and starts with junior Brett Adcock, who is 6-3 with a 2.88 earned run average in 59.1 innings of work. The lefty has held opponents to a .170 batting average and sports a menacing 11.8 strikeouts per nine innings.

Joining Adcock are fellow southpaws Oliver Jaskie and Evan Hill. Jaskie, a sophomore, leads the team with seven wins and 63.1 innings pitched. He allows just a .213 batting average against and has a WHIP of 1.20.

Hill, the only senior among the group, is 5-3 with a 3.52 ERA, and averages just under one strikeout per inning. His .279 opponents' batting average is the only seeming weak spot in a starting rotation that has been lights out since February.

As if the starters weren't daunting enough, the bullpen may be even better. Among the top four relievers in appearances for Bakich, none yields a batting average over .254 to opponents, and collectively they average better than a strikeout per inning. Late leads do not often disappear against this group.

The pressure will be on Ohio State this weekend in Columbus. Michigan is a virtual lock for the Big Ten tournament, and is very likely headed to the NCAA tourney as well. Given the balance of the Wolverines' team, pulling out a series win would rank among the finest achievements for the Buckeyes all season. It would also help them solidify their own spot in the postseason.

Sunday's game will be Senior Day for Ohio State.