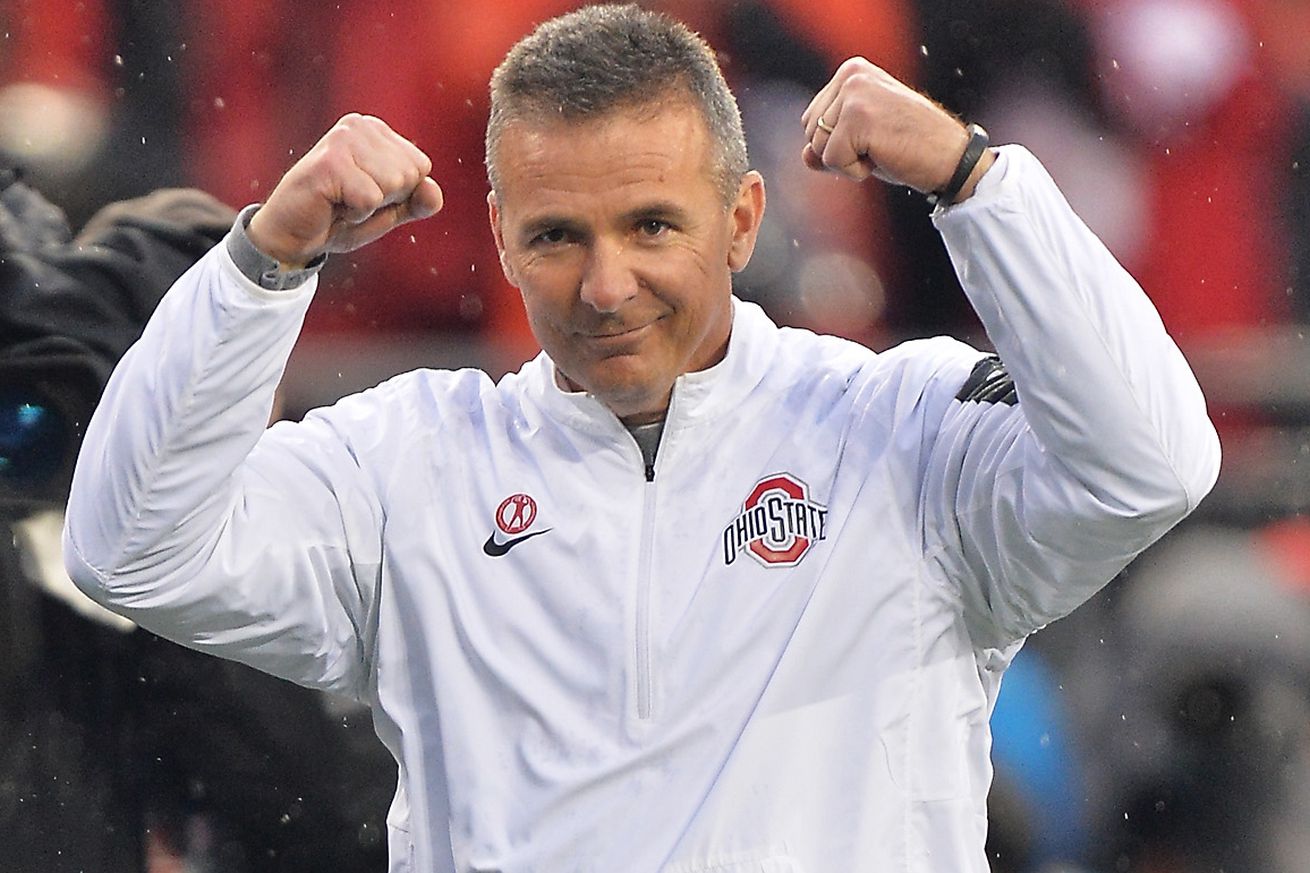 Ladies and gentlemen: start your fax machines. Urban Meyer's fifth (!) -- can you believe it's been that many already -- Ohio State recruiting class is about to be christiened with officialness. National Signing Day 2016 is your last real mile marker (outside the spring game) until the Buckeyes kickoff against Bowling Green. On 'Croot-mas, make sure you stay tuned with all of the latest news and analysis, courtesy of your friends at Land-Grant Holy Land. We'll be here from the first fax until Meyer's press conference with everything you could possibly need. Go Bucks.

Good morning people...It's National Signing Day! Signing Day starts early and before you read this, there is sure to already be movement on the recruiting front. It's time to buckle up and watch the madness unfold.

Confused about the process? Here's a short breakdown: each athlete will hold letter of intents from schools they've been recruited by. Once their final decision is made, they will sign their name with the respective school they selected. After that, the athlete and their families will fax their NLOI in and from that point on, they are officially a college football player.

This year, Ohio State's class is just about wrapped up. However, there are a few prospects that the Buckeyes are chasing to close out the 2016 class.

The names to pay attention to today are Malcolm Pridgeon, Carlos Becker, Jamar King, Malik Harrison, and K'Von Wallace. Ohio State has made a strong push for each, but would be unlikely to fit all into their class. How will things shake out?


ESPNU - ESPNU will begin their Signing Day coverage at 8 a.m. eastern time and will run through 7 p.m. eastern time. The program "ESPNU National Signing Day Special" will feature multiple announcements from some of the top remaining prospects in the country and break downs of which conference and which teams had the most success. Typically, ESPNU is the go-to station for this event and it doesn't seem like it'll be different this year.

Big Ten Network - BTN will be airing a program called "BTN: Signing Day Special." It will air at 3:30 p.m. eastern time and will have updates on every Big Ten team and how they fared on National Signing Day. You won't find as much national coverage on this one, as you might expect, but rather a solid breakdown of the Big Ten Conference.

CBS Sports Network - CBSSN will launch their coverage beginning at 11 a.m. ET and it will run for four hours. Like ESPNU, CBS Sports Network will offer live announcements and breakdowns of each recruiting class on a national scale.


Malcolm Pridgeon - Pridgeon is one of the top rated Junior College players in the country and has a chance to immediately fill a void on the Ohio State offensive line. He visited Columbus last weekend and hit it off with the coaching staff in a big way. Coach Greg Studrawa gets the assist here. Pick:

Carlos Becker - There's not a whole lot of people who can match Becker's physical attributes. He's a big, fast corner back with potential to play safety at the next level. Ohio State has stayed in this one throughout his recruitment and has set themselves up for a hail mary. Pick: Florida State

Jamar King - Over the last few months, King has become a hot commodity on the recruiting trail. He's big, physical run-stuffer who will start in year one at whatever school he chooses. Also a JUCO prospect, King is 26-years-old and looking for the fastest way to the NFL. Pick: Alabama


Malik Harrison - Columbus native Malik Harrison is an intriguing athlete at 6'4. Some scouts have mentioned him playing wide receiver or even outside linebacker on the other side of the ball. Harrison has trended towards Ohio State throughout the fall and even cancelled his visits to other Big Ten schools in January. We know where he's headed. Pick:

K'Von Wallace - Wallace's stock skyrocketed in the month of January as the three-star prospect earned offers from Ohio State, Clemson, and Michigan State all within a week. He visited Columbus last weekend and reports were that it went well. However, does Rodjay Burns' reaffirmation to the Buckeyes leave any room for the Virginia defensive back? Pick: Not Ohio State