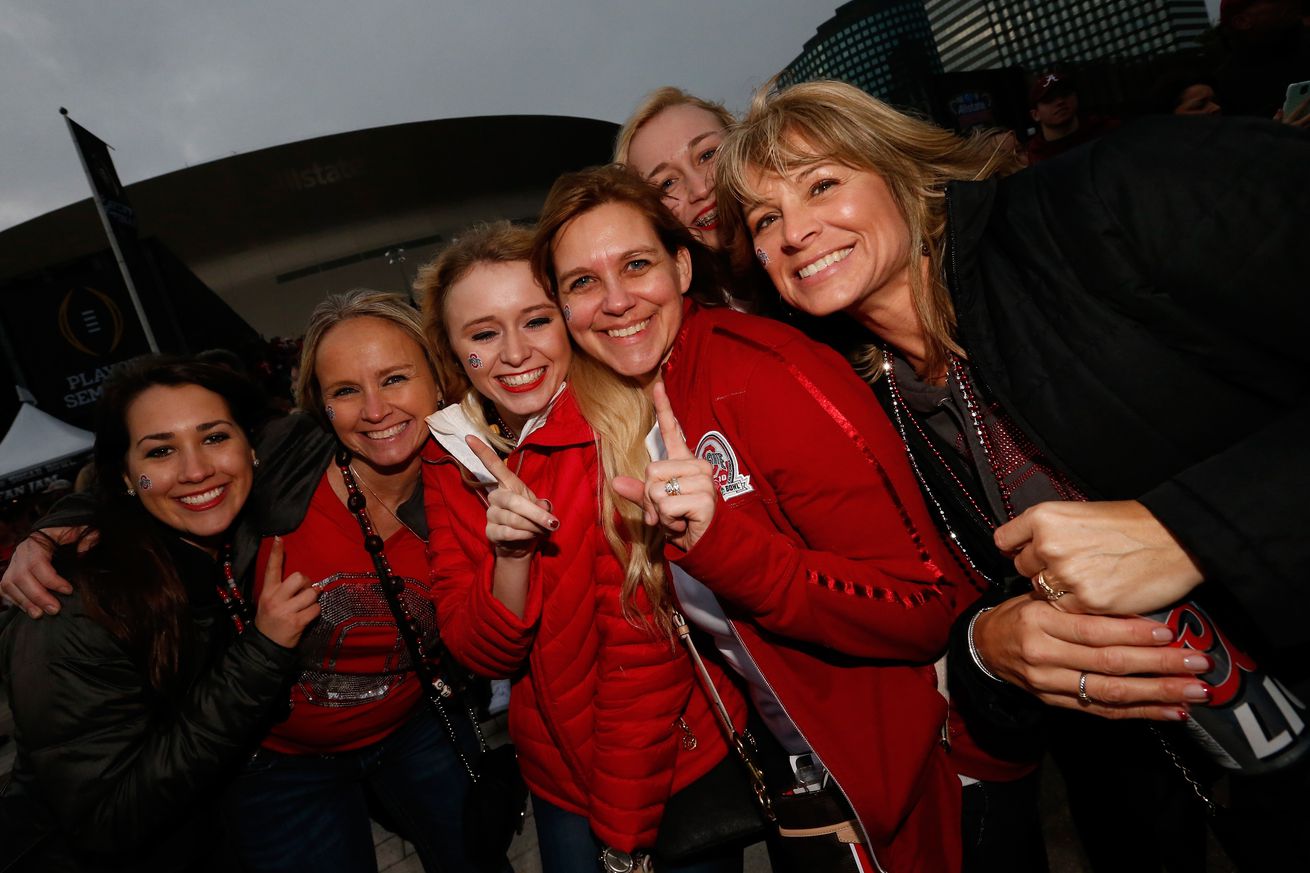 Every game is a home game.

Ohio State fans are notorious for being one of the most travel willing fan bases in the country.

If social media is any indication, Buckeye faithful are more than living up to their billing this weekend in the greater Oklahoma City area.

Our friends at @BP_Recruiting retweeted a metric ton of such incidents into everyone’s timelines this morning and a bunch of others have seen the light of day over the course of the last 12 hours and change.


Norman is being overrun by Ohio State fans. This is wild

— haydini (@Haydini_) September 16, 2016​
This figure seems awfully high, but if anyone’s capable of such a Herculean feat, it’s Buckeye Nation:


Ohio State fans have overrun the city...Buckeyes everYwhere...heard someone say 25-30,000 were expected

— Luke Olsen (@lukeo83) September 16, 2016​
Tim May tweeted this video from the Columbus Dispatch which shows Ohio State fans greeting the team as they arrived:


One well regarded Norman area restaurant got to see what The Takeover looks like first hand:


This little spot in Norman The Mont is being overtaken by Ohio State fans pic.twitter.com/t2jEPqlUPM


Wow. The outpouring of buckeyes supporters in OKC is amazing. Best fans in the land.They are everywhere.I love it. So proud to b #buckeyemom

— Shelly Woodruff (@WoodruffShelly) September 17, 2016​
Finally, it seems it’s not limited to anecdotal reports and otherwise. Even the Oklahoma media has been talking about the sheer volume of OSU fans they’ve seen in the area:


Listening to Oklahoma local sports radio today and he host said Sooner fans intimidated about the mass volume of OSU fans showing up.