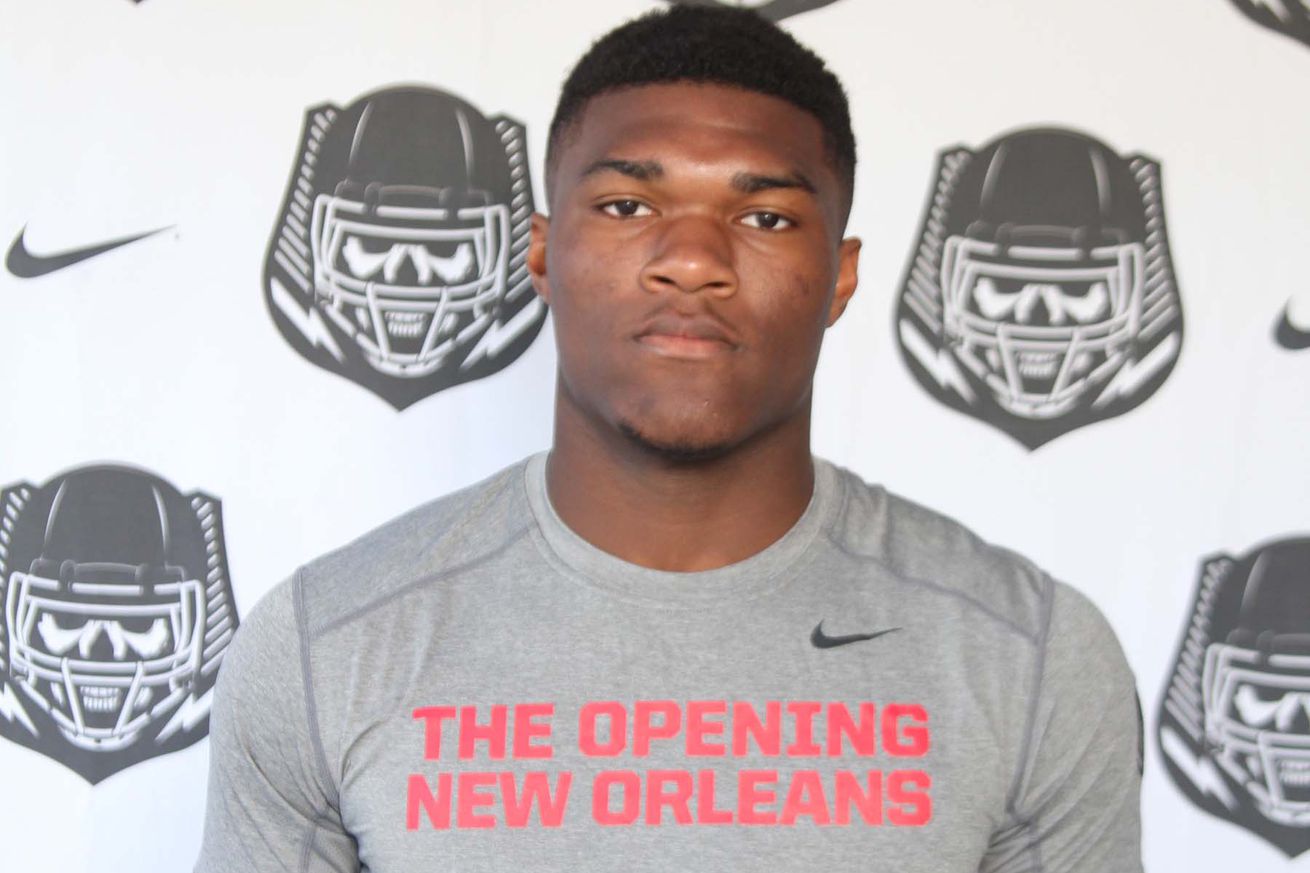 The Buckeyes may already have two highly-touted RBs in their 2017 class, but that won't stop the team from recruiting another.

Ohio State really only needed two RBs in this class and with the limited number of spaces left, about five, it would be hard to argue that the Buckeyes have room to add a third to an already crowded group. However, if that third back is four-star former Alabama commit Cam Akers, things might be different.

Akers is considered one of the top backs of the 2017 class, no matter where you look, and one of the best overall players in his class. The 5'11, 210-lb. RB has offers from top programs across the country, including Ole Miss, Georgia, Tennessee, Auburn, LSU, Florida State and Alabama, from which he decommitted from just last week.

Watching his tape, you will instantly recognize the talent and potential Akers possesses. While lining up at QB for his high school team, Akers showed off both his speed and strength in his run game. He not only has straight-line speed, he also has great footwork, allowing him to make defenders miss before running away from them. Akers is also strong, so if a defender is able to get their hands on him, he has the size to push them off of him or to power through and gain a couple extra yards.

But does Ohio State have room for another RB in this class?

The short answer is yes. Like Sibley, Akers projects as more of a true RB. He looks to be able to handle a large workload and be a three-down back. The wildcard in the group is Dobbins, who looks to be more of an H-back. If Akers is serious in his interest in Ohio State, which seems likely as he is taking a two day visit, Meyer could potentially move Dobbins to H-back or a WR, freeing up space for a talent like Akers.


Ohio State currently has the top class for the 2017 recruiting cycle, and frankly it's not even close. With 13 verbal commits that include two five-stars, 10 four-stars, and the class's best kicker, the Buckeyes seem to be in good shape.

To make matters even better, one of the top 2 WRs in the class continues to list Ohio State as his favorite. Five-star WR Trevon Grimes has expressed his interest in Ohio State since pretty much the beginning of his recruitment. Rightfully so, the Buckeyes have equally expressed interest in acquiring his services.

Recently, some have begun to wonder if home-state school Florida had started stealing some of Ohio State's momentum in Grimes' recruitment, and if the Buckeyes were still truly his top choice. Grimes squashed those rumors Sunday.

While participating in (and owning) The Opening's elite regional camp in Miami this past weekend, Grimes spoke with BleacherReport about his recruitment. In the interview Grimes made it known that Urban Meyer and Ohio State were still his No. 1 school.


I always keep in contact with [Ohio State head] Coach Urban Meyer. He's a great guy, and they have a great staff. That's one of the reasons Ohio State is my leader.
​
Grimes did mention that the "biggest threat to Ohio State" was in fact Florida. The recruitment of the St. Thomas Aquinas star WR will be one for all Ohio State fans to follow. Grimes has the talent to step in and earn playing time early in his collegiate career and if he continues to improve, he has the potential to be a great college WR.