LGHL Ohio State baseball gets roughed up, 12-0, by Iowa

Ohio State baseball gets roughed up, 12-0, by Iowa
Ben Martens via our friends at Land-Grant Holy Land
Visit their fantastic blog and read the full article (and so much more) here 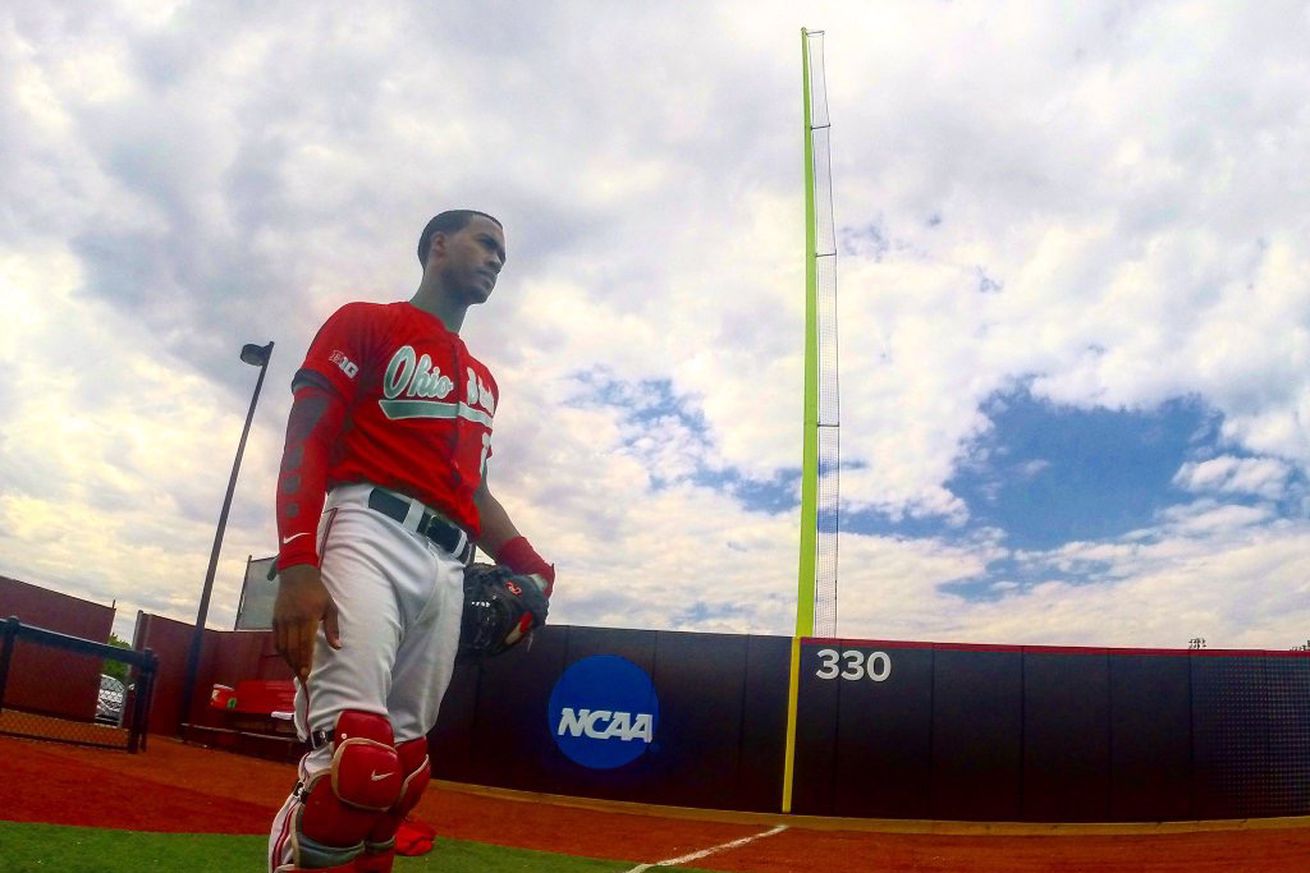 It wasn't the Buckeyes' day on Saturday, as the Hawkeyes pounded out 19 hits.

After a weather delay of nearly an hour and a half, baseball was played at Bill Davis Stadium on Saturday, but it was a game that Ohio State would probably like to forget. The Buckeyes were shutout 12-0 by Iowa after allowing 19 hits on the day, and fell to 9-8 in Big Ten play.

Hawkeye senior Tyler Peyton was the story of the day, throwing seven innings of two-hit, shutout ball on the bump and going 3-for-5 with two runs scored at the plate.

Joel Booker and Mason McCoy led the charge offensively for Iowa, each collecting three hits of their own and combining to drive in six runs.

It was not John Havird's day on the mound for Ohio State. The lefty was tagged six runs, five earned, on 10 hits in 5.2 innings. Havird took the loss for the first time since March 6th, falling to 5-2 on the year.

A day after scoring six runs on 11 hits, the Buckeyes managed to get a runner past first base just once and had a mere four baserunners all game.

Peyton helped his own cause right off the bat with a double over center fielder Troy Montgomery's head to lead off the game. An RBI single by Booker scored the Hawkeye pitcher, and two more run-scoring singles by McCoy and John Barrett in the inning made it 3-0.

Havird settled in after that, tossing scoreless frames in the second, third, and fourth. He gave up three straight two-out hits in the fifth, though, and McCoy once again delivered to push the deficit to 5-0.

Meanwhile, the Buckeye bats couldn't get anything going against Peyton. The big righty didn't yield a hit through his first 4.1 innings, and kept Ohio State off balance throughout the afternoon.

A two-out single in the sixth ended Havird's day, but reliever Austin Woodby couldn't close things out. A single and two straight walks resulted in Iowa's sixth run of the game.

The Hawkeyes put up two more on Woodby in the eighth, as Nick Roscetti singled home a run and Booker doubled one in to make it 8-0.

RBI singles by Mitchell Boe and Roscetti, a run-scoring sacrifice fly by Booker, and a throwing error by shortstop Craig Nennig in the ninth gave Iowa four more runs off reliever Joe Stoll to give them an even dozen on the day.

The rubber match of the series is scheduled for 1:05 p.m. ET on Sunday, and will be streaming live on BTN Plus.