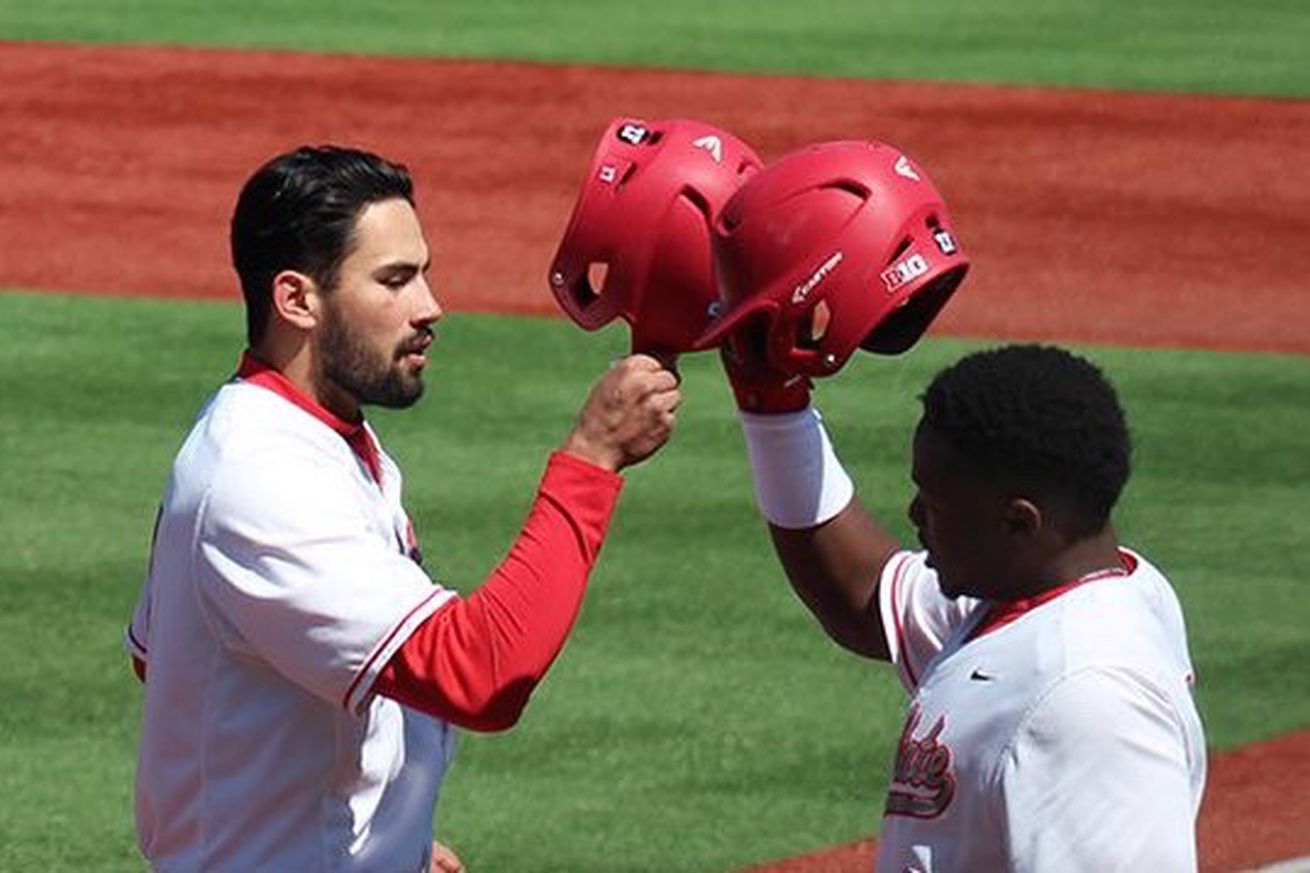 The Buckeye bats remained hot as they notched their seventh win in a row.

Ohio State extended its win streak to seven games and completed its series sweep of Bethune-Cookman on Sunday at Bill Davis Stadium with a 13-5 victory. The Buckeyes, who outscored the Wildcats 30-9 in the series, improved to 19-7-1 on the season ahead of a tough four-game stretch on the road over the next week against Kent State and Maryland.

Senior Troy Kuhn didn't go deep, but gave good production out of the fifth spot in the order, going 2-for-3 with a double, three RBIs, and a pair of runs scored.

The bottom of the order had a big day for the second straight game as well. On Saturday, senior Craig Nennig drove in a career-high six runs, and on Sunday, fellow senior L. Grant Davis went 2-for-4 with two doubles and four RBIs to give balance to the Ohio State attack.

Senior starter John Havird benefitted from the run support, improving his mark to 2-1 on the season. The southpaw allowed two runs on four hits, striking out three and walking one in his five innings of work.

Alex Seibold took the loss for Bethune-Cookman, falling to 1-4 on the year. The senior righty gave up eight runs, seven earned, on seven hits in 4.1 innings.

Havird got into trouble in the first inning, finding himself in a bases loaded jam. He walked in B-CU's first run of the game, but limited the damage by striking out the Wildcats' Brandon Amendolare.

Sergakis knotted things up in the bottom of the second with a leadoff lined shot over the wall in left. For the leading hit man in the Big Ten, it was the fifth longball of the season, and extended his reached safely streak to all 27 games.

— The OSU Baseball ⚾️ (@OhioState_BASE) April 3, 2016​
B-CU reclaimed the lead in the top of the fourth when right fielder Nathan Bond hit a solo homer off of Havird. It was Bond's first of the season and the first allowed by Havird in 2016.

The Buckeyes came right back in the bottom of the frame to take their first lead of the game, though, thanks to a hustling infield single by Kuhn with two outs that plated Bosiokovic.

The scarlet and gray would never look back, as the wheels came off for Seibold after that. He hit Jalen Washington with a pitch and gave up an infield single to Brady Cherry to load the bases. Davis then drove a ball off the wall in right-center for a bases clearing double and a 5-2 lead.


B4 | @lgdavis50 drills a double off the wall to clear the bases. https://t.co/ioRnUMOweC

— The OSU Baseball ⚾️ (@OhioState_BASE) April 3, 2016​
In the bottom of the fifth, Bosiokovic crushed his ninth home run of the season, a solo shot to left, to give Ohio State a 6-2 lead.

— The OSU Baseball ⚾️ (@OhioState_BASE) April 3, 2016​
Following Bosiokovic, Ronnie Dawson singled and Sergakis reached on an error, and Seibold's day was done. Sidearming reliever Clint Clymer couldn't limit the damage, giving up a two-run double down the third base line to Kuhn, an RBI single to Cherry, a run-scoring flare double to Davis, an RBI single to Troy Montgomery, and an RBI single to Bosiokovic as the Buckeyes sent 12 men to the plate, pounded out eight hits, and pushed the lead out to 12-2.

Freshman reliever Connor Curlis did allow the Wildcats back on the board for three runs in the top of the eighth, but it mattered little in the final outcome.

Washington drove in one last run in the bottom of the eighth to give the Buckeyes their 13th run on the day. Ryan Leffel scored on the single after having doubled on another miscue by B-CU.

Ohio State will play a midweek game on the road against a very good Kent State team on Tuesday before heading to College Park for a Big Ten weekend series with Maryland. First pitch against the Flashes is scheduled for 6:00 p.m. ET.