NFL Draft 2016 prospect: Darron Lee
Christopher Jason via our friends at Land-Grant Holy Land
Visit their fantastic blog and read the full article (and so much more) here 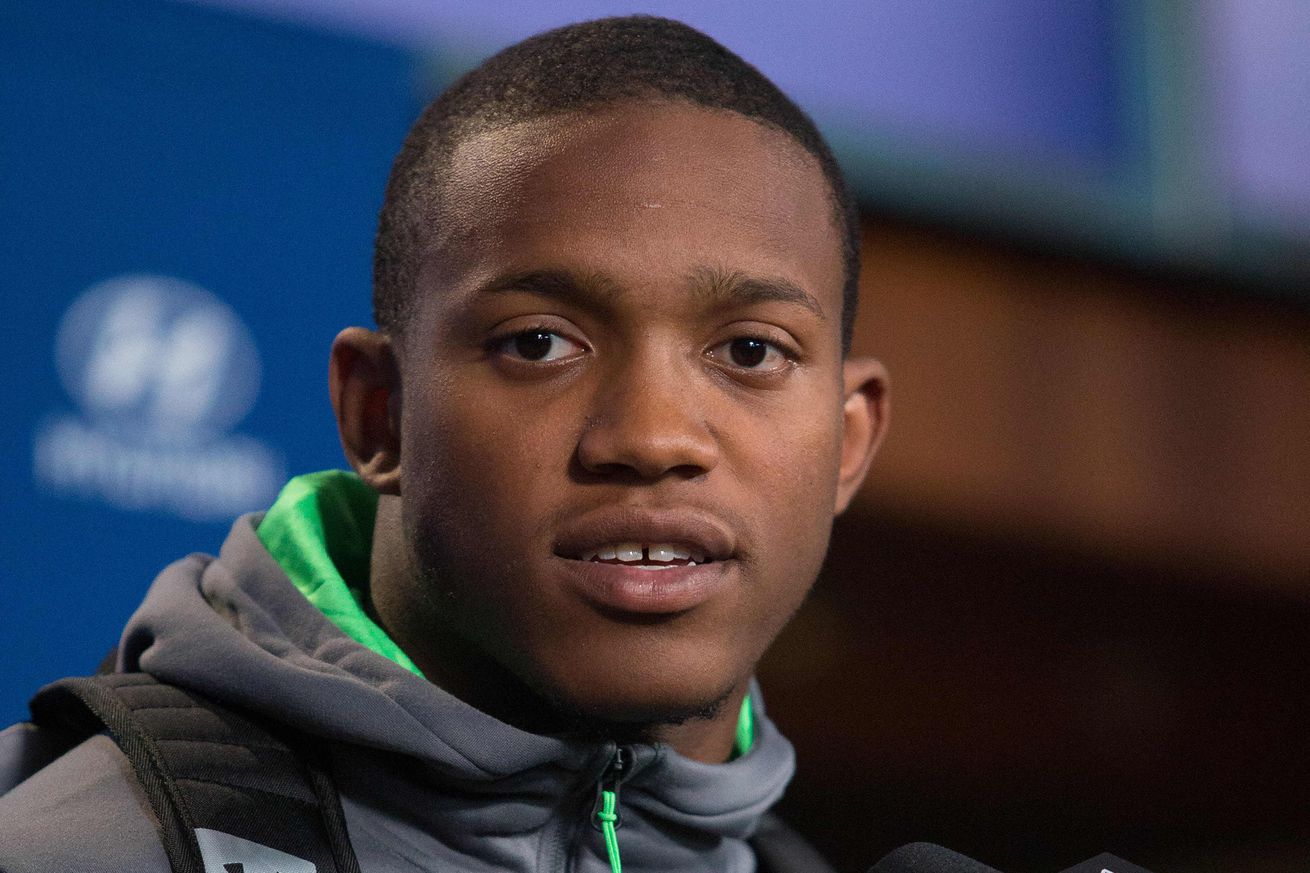 Darron Lee was constructed for today's NFL, and his dominating performance today showed why.

Darron Lee arrived at Ohio State as a 195 pound former high school quarterback, who was projected to play safety for the Buckeyes. After redshirting his freshman year to bulk up, Lee wanted to replace first round pick Ryan Shazier at the walk-out linebacker position, and he did just that. In Lee's first game as a starter, he decleated Navy quarterback Keenan Reynolds on a huge hit and also scored a touchdown on a 61-yard fumble recovery.

The 6'2, 228 pound linebacker was a Swiss-Army Knife in Ohio State's 4-3 defense. He was known for his ability to jack up tight ends and receivers in the slot and make plays in the run game around the line of scrimmage. Lee finished his career in Columbus with 146 total tackles, 27 tackles for loss, 11 sacks and three interceptions. His statistics show that he can do everything, but his tape is even more spectacular.


Lee's weight came into question during the interviews and he responded to the critics in a jokingly manner, "Today I was at 232. I’m not really worried about that. I usually play at 235. I just really didn’t have a big breakfast today." When asked about the potential difficulty to play at that weight, Lee responded with, "I can play at that weight. I have really no concerns about it, to be honest with you. As long as I’m able to play fast, that’s all that matters to me."

A NFL name who is smaller than most linebackers in the NFL and has similar measurables to the former Buckeye is Arizona Cardinals' linebacker Deone Bucannon. Lee was asked about how he compares to the speedy linebacker,

"He plays with a high motor. He’s resembling the speed that you’re going to need to play in this league. Like I said before, this game is getting a lot faster and he resembles that. He’s a little slimmer than what people say is a prototypical linebacker. But he plays the game fast. He plays aggressive. I think that’s what his coaches care for."

The linebacker wasn't shy about where he thinks he should come off the board at the draft. "Absolutely," said Lee when asked if he was first round pick. "Because of how I approach the game, my passion for the game and my work ethic. When I'm not on the field, just what I do - how I carry myself, the drills I constantly do, the film I watch. I'm still learning linebacker. It will be three years in a couple weeks I've been playing the position. I still have a lot to learn."

Several of the Buckeyes were asked about the talent level of the Ohio State defense, and why many quickly agree that you could take that group and drop it in the NFL and win games.

"Just the way we carry ourselves. We play as a team, a family, to be honest with you, and we have a lot of talented guys on that defense. You guys will see that this weekend and you'll see it when it's all said and done and I'm wishing the best for all the guys who are entering the draft that played with me at Ohio State. They're going to do great things and I'm in their corner just like they're in mine."

Seems fast, in our opinion:


Lee is the prototypical new age outside linebacker who is built for today's NFL. The two-year collegiate starter can do it all; as he can set the edge, drop into coverage, defend in the slot and rush the passer. He is comparable to UCLA's Myles Jack (who will go before Lee), but expect the former Buckeye standout to be selected in the mid to late first round.