National Signing Day 2016: CB Kareem Felder signs with Ohio State
Alexis Chassen via our friends at Land-Grant Holy Land
Visit their fantastic blog and read the full article (and so much more) here 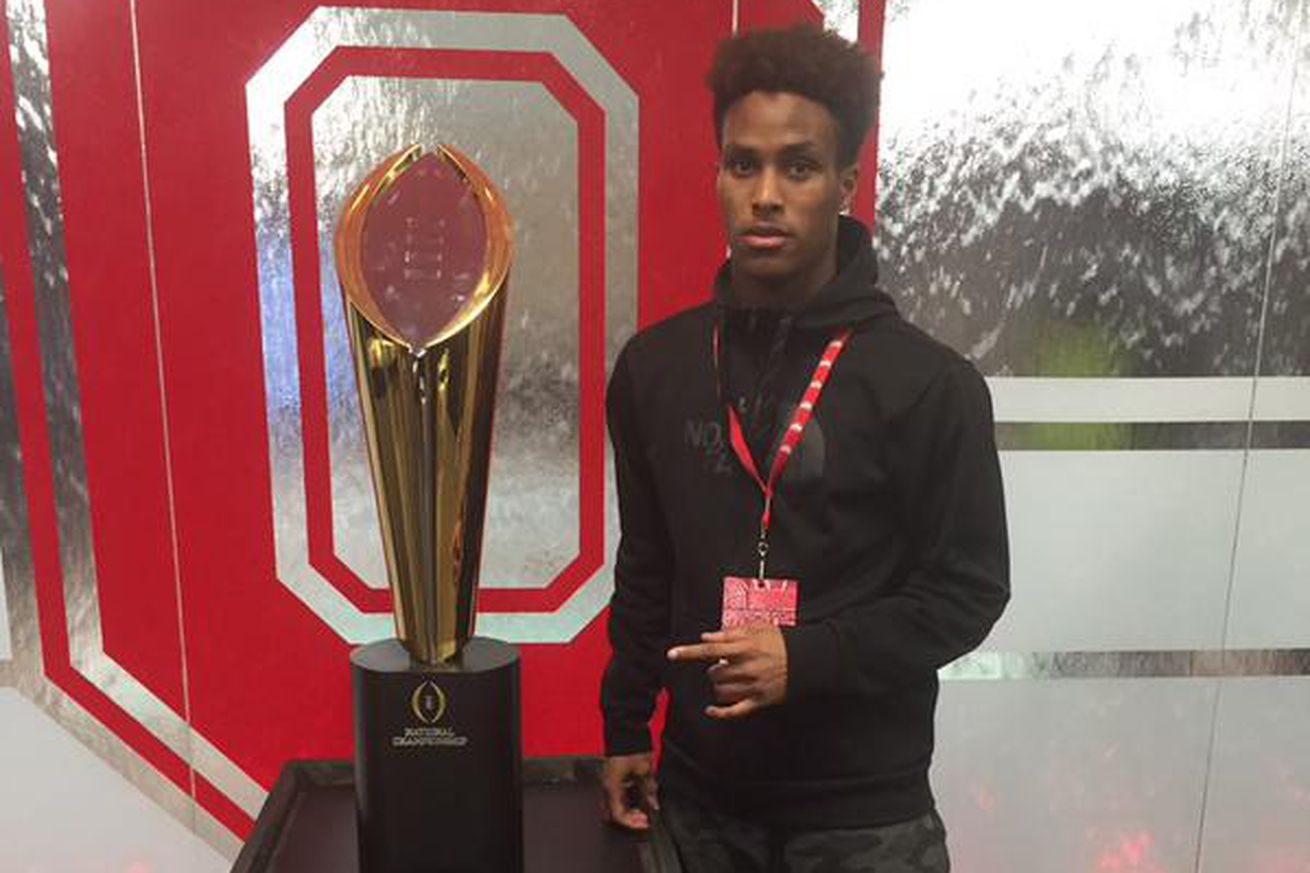 Three-star defensive back Kareem Felder has made his decision final: after verbally committing to Ohio State in May 2015, Felder officially signed his letter of intent to join the rest of the 2016 incoming Buckeyes. After a brief commitment to Virginia Tech, Felder thought better of his decision and quickly converted to the Scarlet and Gray.

The 5'11, 170-pound cornerback out of Baltimore, Maryland is ranked as the 76th-best at his position in the 2016 recruiting class, the 22nd-best in the state of Maryland, and 817th nationally according to his 247 Composite Rankings. Felder is a solid three-star recruit, who held offers from 17 other schools, including Alabama, Clemson and four other Big Ten teams.

With so much secondary talent heading to the NFL this year, there are plenty of openings for Fuller to get in and make an impact. Felder finished his senior campaign with 34 combined total tackles -- 24 solo -- four interceptions and seven passes defended.


Kareem Felder looks like a possible diamond in the rough for the Buckeyes. The Baltimore, Maryland product is 5'11, 170 pounds, but he looks and plays bigger on film. He was a two-way stud in high school and had a knack for the big play. Felder was always around the football and typically found a way to get to the end zone, whether he was playing offense or defense.

What stands out the most with Felder is his quick-twitch athleticism. He displays excellent footwork which allows him to stay in the receiver's back pocket. When the ball is in the air, there's a good chance he will come down with it and take it the other way.

In conclusion, Felder is an underrated prospect who oozes potential. He needs to add bulk to his frame, but it is easy to see the potential that the Buckeye staff sees in Felder. - Christopher Jason
​
Highlights