National Signing Day 2016: Antonio Williams might just be Ohio State's RB of the future
Bret Favachio via our friends at Land-Grant Holy Land
Visit their fantastic blog and read the full article (and so much more) here 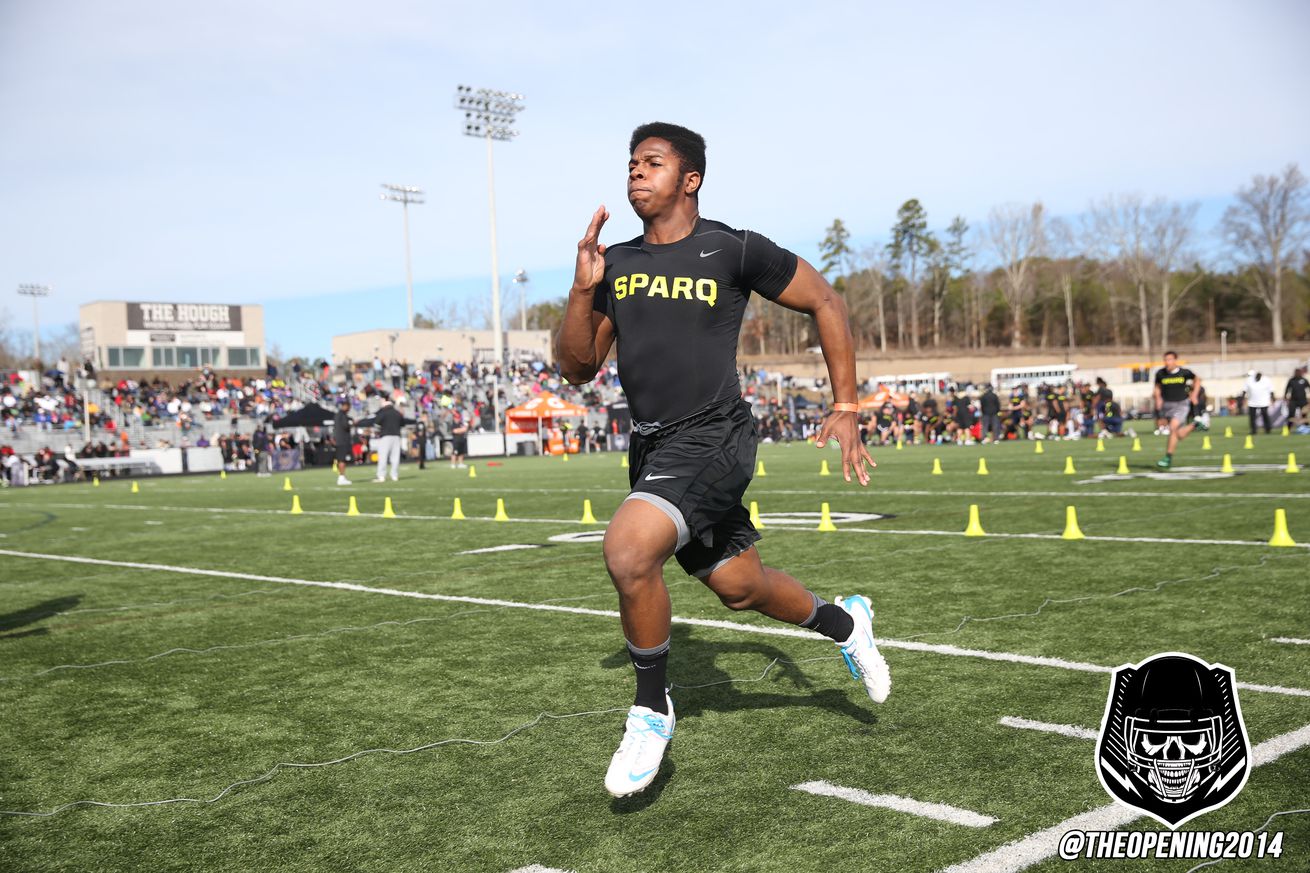 An in-depth look at the Buckeyes' lone running back signee in the class, who is already on campus.

When it comes to Ohio State football over the last few years, one name that has to be mentioned as a pivotal piece is Ezekiel Elliott. Unfortunately for the Buckeyes, Elliott is off to the NFL and now others will have to contribute and play bigger roles than they have in previous seasons. Combining that with Warren Ball's retirement and Bri'onte Dunn heading into his final season in Columbus, it was important for head coach Urban Meyer and the staff to reel in a running back in the class. The void was eventually filled when '16 RB Antonio Williams, who enrolled in mid-January, made his commitment to Ohio State.

Originally, Williams committed to Wisconsin over offers from Auburn, Clemson, Duke, Florida, Georgia, Michigan State, North Carolina, Notre Dame, Ohio State, Penn State, and more. The Badgers received the pledge back in December of 2014 and Williams remained a commitment despite receiving offers from Alabama and Tennessee in the coming months.

It wasn't until October of last year that things started getting wacky in the Williams recruitment. Wisconsin would get their official visit from the 5'11, 217-pounder at the beginning of the month. However, with Ohio State uncertain of the status of Kareem Walker, who had openly looked around, the Buckeyes begin their efforts to get back in the picture with Williams. On Oct. 14, the Badgers' recruiting class took a hit when Williams announced his decommitment from the program and it didn't take long for the Bucks to capitalize. Just three days later, Williams made his way to Ohio State's campus to watch the Buckeyes take down Penn State and before you know it, the very next day, Williams gave his commitment to the Scarlet and Gray.

Williams would wind up finishing just outside of the top 150 in the 2016 recruiting class: he was slotted at 168th in the country. The North Stanly (NC) standout did get a top 10 ranking at his position, standing at seventh. Finally, Williams stood as the fifth-best prospect from the Tar Heel State.


Antonio Williams is a classic hard-nosed running back who will run you over. He is big, standing at 5'11 and 217 pounds, and is quick for his size. He has the size to become a workhorse in Urban Meyer's power run offense and as an early enrollee; he may get to see the field this season.

Williams did not face the stiffest competition in high school, but he possesses elite size, quick feet and good vision to succeed at Ohio State. He will not break Ezekiel Elliott-like 80-yard runs, but he will move the chains and wear defenses down. Williams is extremely hard to tackle and consistently falls forward after contact.

Overall, Williams is the perfect tailback for Urban Meyer's offense and for what he lacks as a homerun threat, he makes up for it in many other ways.- Christopher Jason
​
Highlights