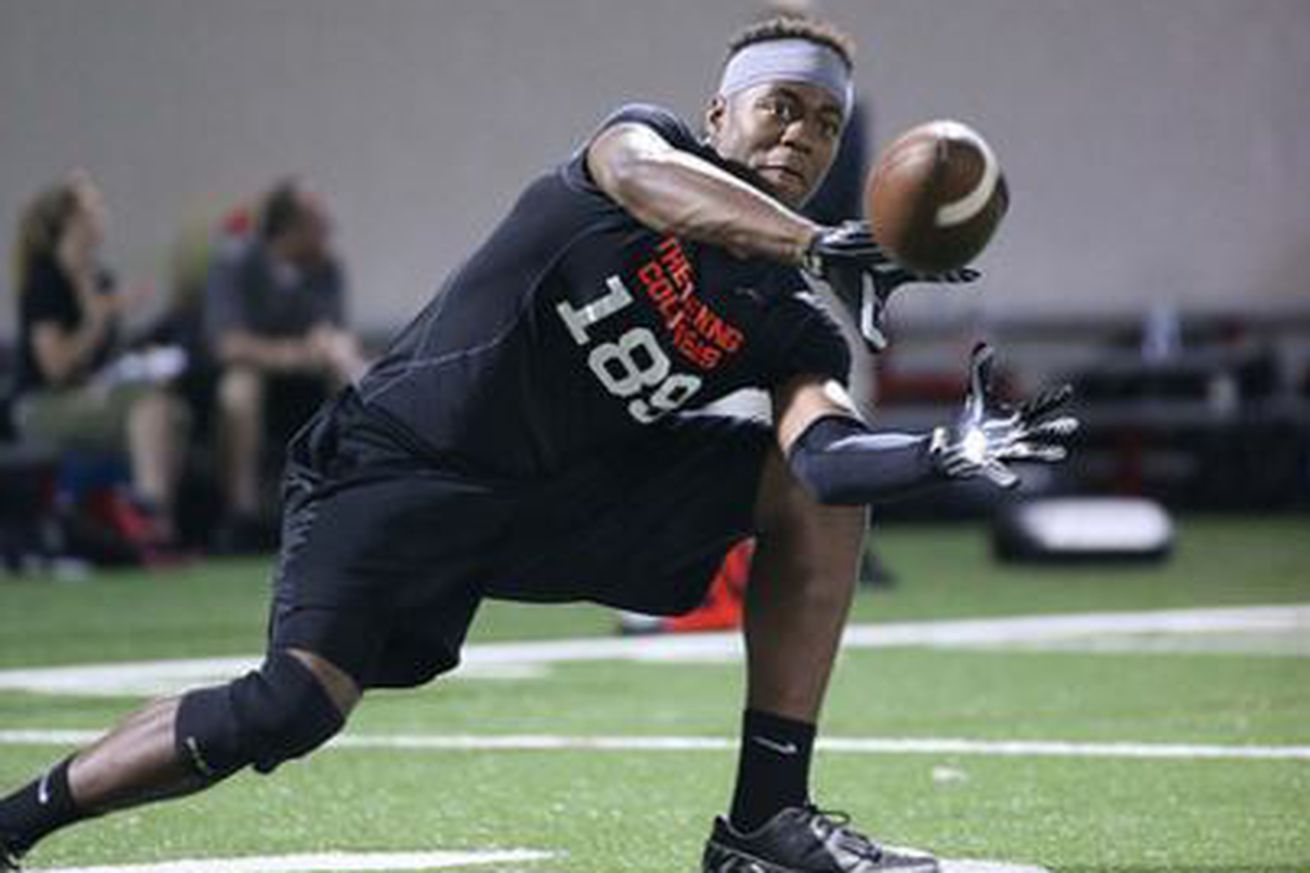 The tight end/H-back has been ready to sign with the Buckeyes since Oct. 2014.

After committing to the Buckeyes following the Rutgers game in 2014, Kierre Hawkins has been a regular presence on Ohio State's campus, and has finally made it official. Hawkins signed and faxed in his letter of intent to Coach Meyer and the rest of the staff, making him officially part of the 2016 incoming class.

The 6'4, 225-pound tight end/H-back is a four-star prospect out of Maple Heights, OH. According to 247Sports Composite Rankings, Hawkins is the 11th-best tight end in the 2016 class, and the 12th-best recruit out of Ohio. He received offers from Bowling Green, Toledo, Illinois, and Kentucky before ultimately deciding to call Ohio State home for the next four years.

He's spent a lot of time on campus, participating in Nike's The Opening regional event held in Columbus in May 2015, followed by attending camp hosted by Ohio State in June.


Kierre Hawkins is an interesting prospect. He stands at 6’4, 225 pounds, yet he was sort of a jack-of-all-trades in high school. He looks like a collegiate tight end, but he could also be used similarly to how Noah Brown was used as a freshman, as a bigger H-back in running situations. He possesses long arms and has good speed for his size.

Hawkins did not have many targets in high school, but he looks like a natural athlete who could be used in the slot and in motion as a mismatch for opposing defenses. For someone of his size, he likes the ball in his hands and looks like a running back when he totes the football.

Without a true position, it would tough to see Hawkins on the field as a freshman, but like Brown, the staff could find a creative way to get him on the field at the end of year one or in year two. His frame should allow him to gain muscle mass and possibly see time as a move tight end. - Christopher Jason
​