LGHL Uncut Podcast: McGuff, McMahon, Thierry discuss loss to Iowa, looking to Indiana
1ThomasCostello via our friends at Land-Grant Holy Land
Visit their fantastic blog and read the full article (and so much more) here 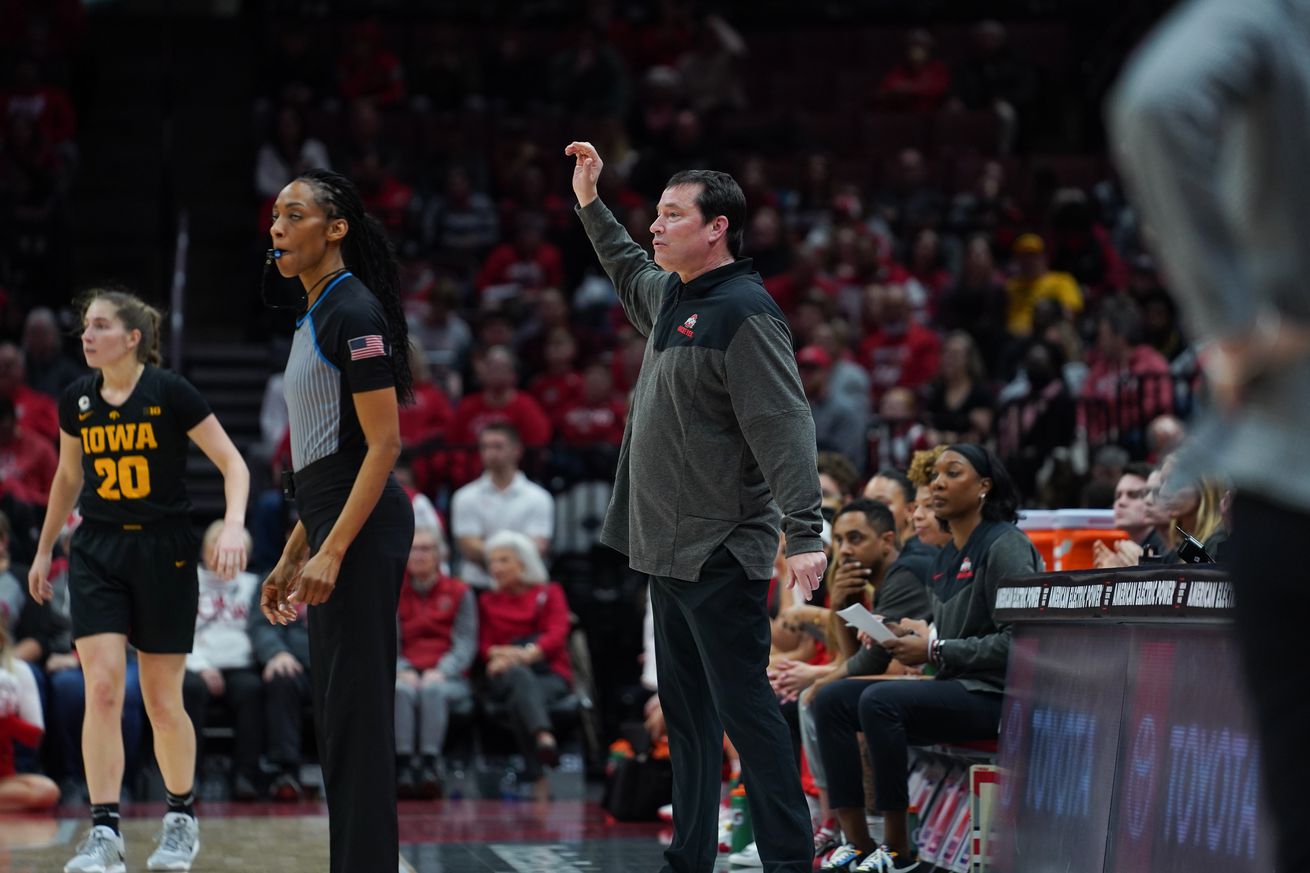 After the first defeat of the season, head coach Kevin McGuff is clear on the reason for the defeat, and its all on the Buckeyes.

Throughout the year, Land-Grant Holy Land will be bringing you uncut audio primarily from Ohio State press conferences, but also from individual interview sessions.


After starting the season 19-0, the Ohio State women’s basketball suffered their first defeat of the season. Guard Caitlin Clark and the Iowa Hawkeyes 83-72.

Following the defeat, head coach Kevin McGuff and forwards Taylor Thierry and Cotie McMahon spoke to the media. In the press conference, coach McGuff lamented the rebounding performance of the Buckeyes, with Iowa grabbing 20 more than Ohio State, the lack of competitive character for 40 minutes, the triple-double performance by Clark, and struggling to stop center Monika Czinano.

It’s not all bad though, with three members of the Scarlet & Gray having positive performances on the evening. McGuff talks about Eboni Walker, Thierry, and McMahon positively after the three had important performances. The coach also talks about using this loss as motivation and commenting on if the loss could help Ohio State in the long run.

Following the coach are McMahon and Thierry. The two lowerclassmen led Ohio State in scoring but talked about what the team needed to do better before Thursday’s game against the Hoosiers. McMahon also addressed Iowa celebrating on the Buckeyes’ home court and more.