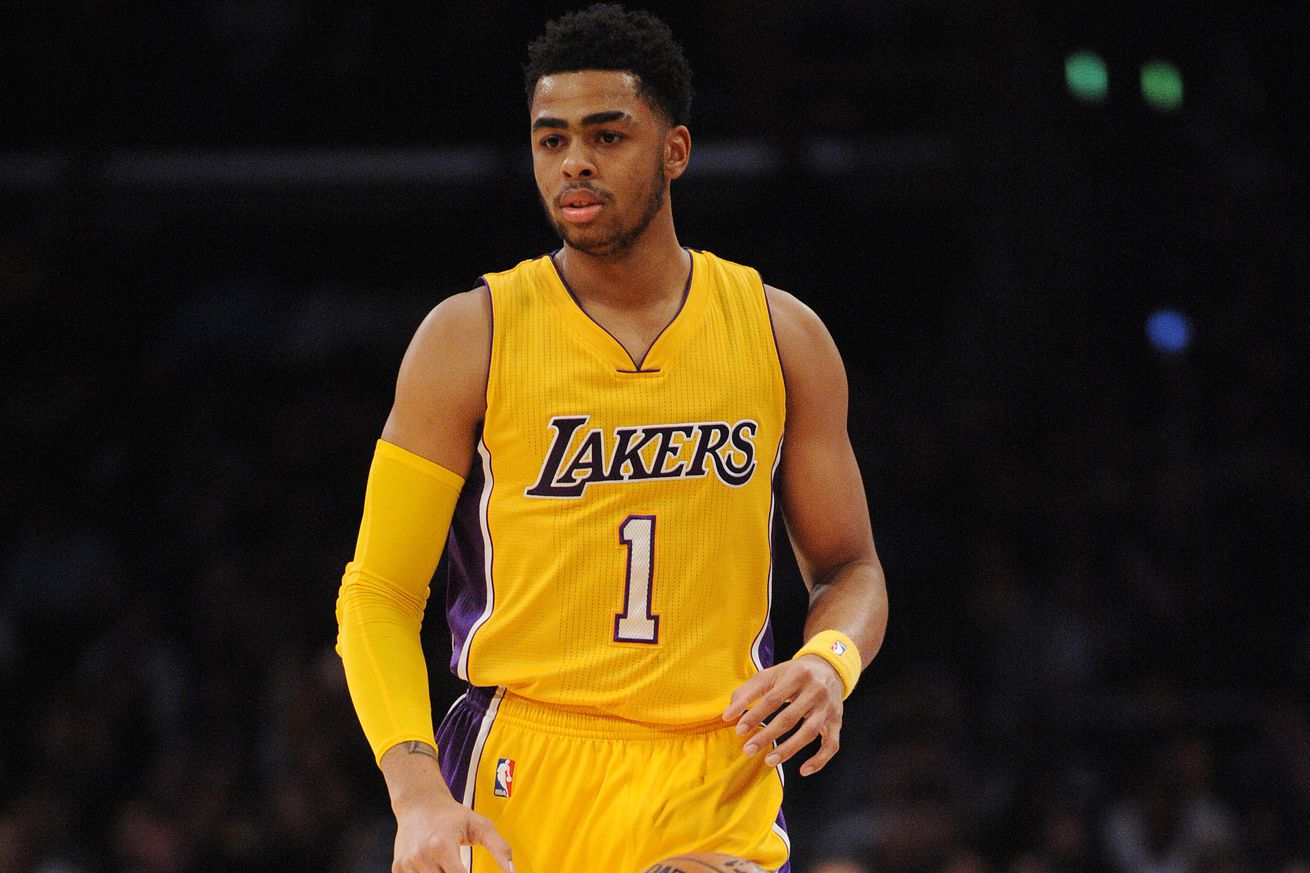 D'Angelo Russell is starting to make some noise in the NBA, but it doesn't come as any surprise to him.

"I started realizing a lot of people didn't work. A lot of God-given talent, a lot of athleticism separated 'em, but it wasn't really work ethic there."


D'Angelo Russell has started to make his mark on the NBA already, in his first season at the professional level. The second overall draft pick by the Los Angeles Lakers, Russell has caught fire behind excellent performances and has gained attention from his coach and teammates. Now that Russell is seemingly on the right path to becoming a household name in the NBA, it's vindication for the former Ohio State guard. He's been confident from the moment he was drafted (and maybe even before then) that he'd be able to have success in the NBA, simply because he put in the time and work to develop the skills he needed.

When speaking to Bleacher Report, Russell made some interesting comments about the season he spent at Ohio State. In the above quote, Russell is referring to many of his Buckeye teammates - especially the other top players. He didn't mention anyone specifically by name, but did give praise to one player still on the team - guard Kam Williams. Russell mentioned that often times he'd either be alone in the gym working on his game or that Williams would be there doing the same and even went as far as saying Williams was a gym rat.

"The guys that develop the best are the ones that want to develop the best. I think sometimes people look and say, 'Well, this kid didn't get any better.' But truth be told, he didn't want to get better. I think all the players that we've really developed had a sense of they wanted to be players."


Ohio State head coach Thad Matta shares some similar thoughts with D'Angelo Russell. The Buckeyes failed to make the NCAA tournament for the first time in seven seasons, and when asked about the development of some of the players on the team, Matta gave the above quote and mentioned guys like Jon Diebler and Evan Turner as players that Matta pointed to things they needed to improve on, and then actually took the time to improve on those areas of the game. Diebler shot just 28 percent from three in his freshman season, but would go on to have an illustrious career shooting the ball, becoming the all-time three-point shooter in Ohio State's history. Turner was told he needed to develop his left hand between his sophomore and junior year, and Matta says he did just that - en route to National Player of the Year honors.

One of the most frustrating trends of late has been the lack of improvement from the players supposed to be the leaders/playmakers for the Buckeyes. There are plenty of names that many could point to, but Matta does his best to try and get his players prepared and to play at the best of their ability. As he said, it comes down to who wants to develop and who wants to get better. Matta also touched on how he's been coaching this team with the future in mind, as Ohio State tries to set up a bounce back for next season and beyond.

"They told me that this year they know they need the ball in the tight end's hands because it was so under-utilized in the past. And in the day and age we live in now, the tight ends are putting up ridiculous numbers in the NFL and in college. They know in order for them to be more successful than they are now, they really need to be throwing the tight end the ball."


Tight ends have made quite a leap in usage over the past handful of seasons both in the NFL and college, but somehow it's still one of the most underutilized by Ohio State. It seems as if every season there's a lot of potential surrounding the spot as Urban Meyer and the rest of the coaching staff have said in previous years that they're looking forward to getting tight ends much more involved. While they certainly have had their moments with the Buckeyes, there's reason to believe the tight ends could have a bigger role heading to next season with Ed Warriner manning both offensive coordinator and tight end coaching duties. After all, Warriner was the offensive coordinator for Kansas in 2008, where the Jayhawks' tight end Kerry Meier caught 97 passes for 1,045 yards and eight touchdowns.

If there's anyone that can put their words into action about tight ends, who better to do so than the offensive coordinator that is responsible for coaching the tight ends. Warriner will have plenty to work with, as redshirt junior Marcus Baugh takes over for Nick Vannett. Baugh saw limited action last season but did have one reception against Notre Dame in the Fiesta Bowl win for 27 yards. A former four-star and top tight end prospect, it's Baugh's chance to shine on the college level for a team that could certainly use him to help replace the receiving talent lost to the NFL draft such as Michael Thomas and Jalin Marshall. That's a hefty amount of receptions to replace, even with capable receivers still on the depth chart.