Yippee!!! Just what we need another Canseco book. :tongue2:

A-Rod has no comment on Canseco's words about new book

When Jose Canseco wrote "Juiced" in 2005, he brought the issue of steroids in Major League Baseball to the forefront. Now, Canseco has another book due this fall and he promises some juicy info on Alex Rodriguez.
Canseco told WEEI-Radio in Boston on Friday that he has "other stuff" on the Yankees slugger, who he called a "hypocrite" who "was not all he appeared to be."
When asked if A-Rod had used steroids, Canseco told WEEI, "Wait and see."
"Jose has information about A-Rod and the Yankees that will be in the book. But, I am not sure if Jose is willing to disclose it at this point," Canseco's lawyer, Robert O. Saunooke, told The New York Times.

Guess those 'Surreal Life' $$$'s are running out.
Upvote 0


Jose Canseco says in his new book that he introduced Alex Rodriguez to a steroids distributor and that A-Rod pursued Canseco's wife, according to the Web site of freelance writer Joe Lavin...
Upvote 0

would anyone be surprised that a guy who waxes his eyebrows, shirtless park tans, and wears purple lip-stick would use HGH to get big?

I'm not saying he did, but it certainly wouldn't shock me.

In fact, that man-beast he got caught using a hotel room with was probably the connect.

Fired up! Ready to go!

I have no sympathy for these idiots who cannot manage their millions of dollars.

Tulsa is the worst city

Now he's a joke with no money or house. Good for him.
Upvote 0

It was another embarrassing fighting exhibition for Jose Canseco. Or was it? Canseco agreed to travel to Arkansas to take on 60-year-old Gary Hogan in a boxing match. The former major league slugger plodded his way through four rounds and lost a 39-37 decision to Hogan, an associate athletic director at the University of Arkansas-Little Rock. "Rock 'em Sock 'em Rumble by the River" went down at Dickey-Stephens Park before the Arkansas Travelers-Midland Rockhounds Triple-A baseball game.
It looks like the snitch that sports fans love to hate showed a little heart. Frankly, it didn't look like Canseco, 46, was really trying. Although in the prefight and postfight, Hogan broke down the fight like it was real.

I'll see your bet and raise you one finger....

Jose Canseco: My finger fell off

Canseco, who underwent the surgery last month after shooting himself in the hand, revealed that his finger fell off in a series of tweets Friday.

Jose Canseco ✔ @JoseCanseco
Ok well I might as well tell you .I was playing in a poker tournament last night and my finger fell off .someone took a video of it.

Jose Canseco ✔ @JoseCanseco
My finger should have been amputated from the beginning. It was very loose with no bone to connect it.it was also smelling really bad.

Jose Canseco ✔ @JoseCanseco
I put my finger in the freezer anyone want finger appetizers.

Jose Canseco ✔ @JoseCanseco
Or is it finger snacks

The 50-year-old Canseco shot himself in the hand on Oct. 28. The former American League MVP told told police he was cleaning his gun in the kitchen when it fired, shooting his finger.

Story about shooting his finger off: http://www.dailymail.co.uk/news/art...ger-gun-accident-narrowly-missed-fiancee.html
Upvote 0

Fan of Ohio Sports in Indy

Jose Canseco: My Finger Didn't Fall Off ...
It Was A PRANK!! 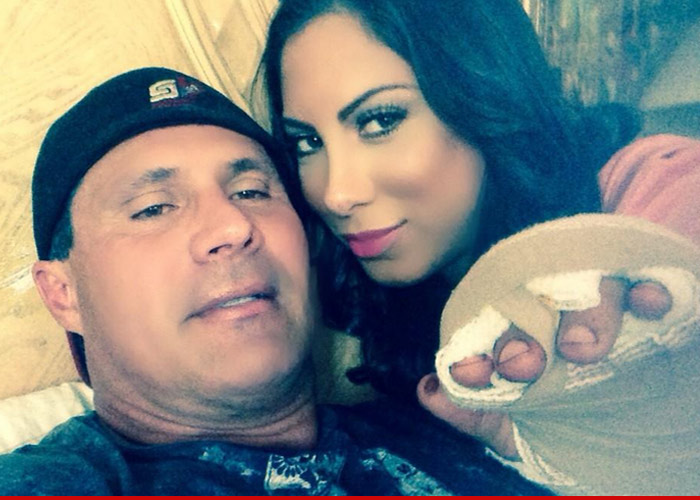