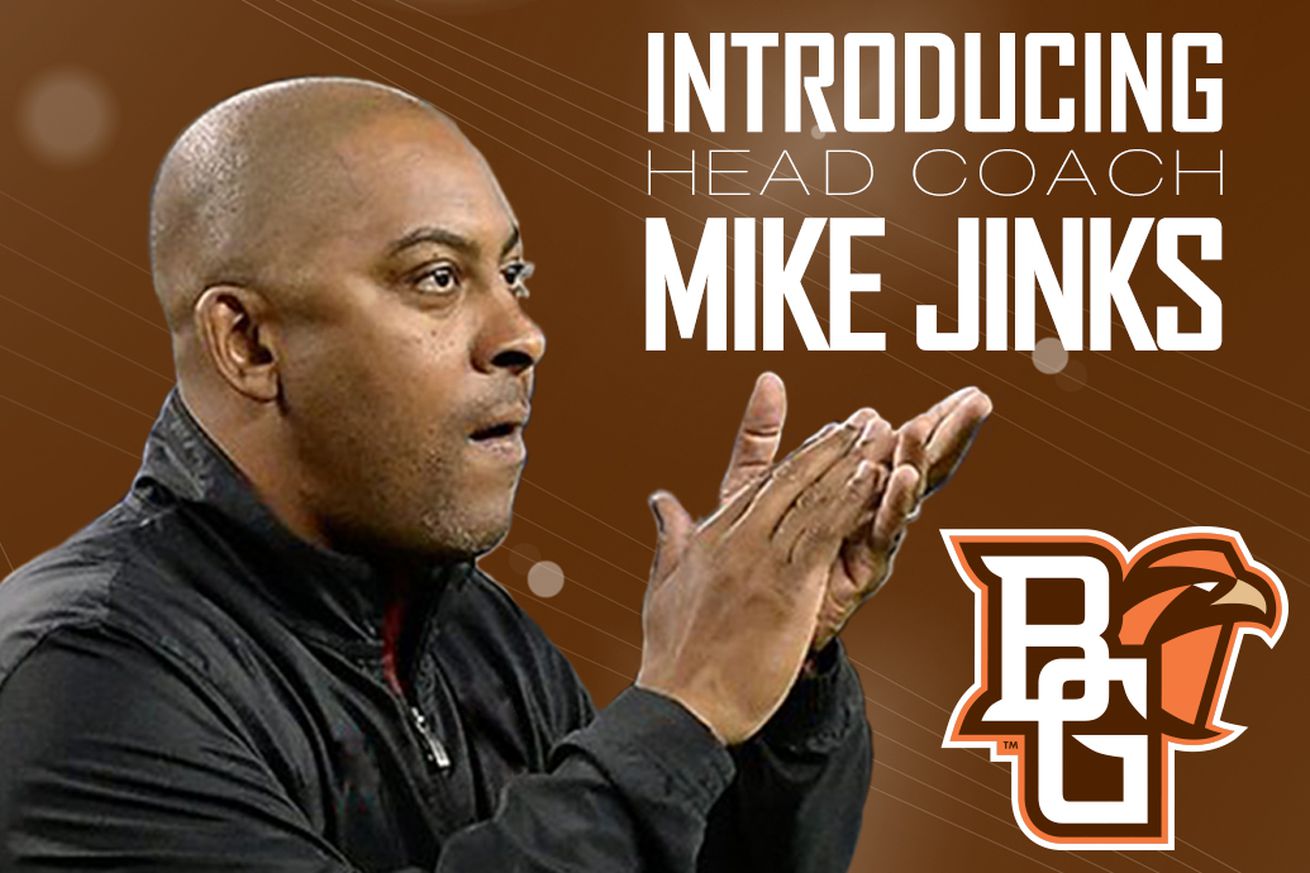 The Falcons’ new hire has shot up the ranks rather quickly.

If you look at the best coaches in college football, you will typically see a lengthy collegiate resume.

Most start as a graduate assistant (GA) cutting tape all hours of the day. Then they transition to a couple of positional coaching jobs. Then get hooked up by a colleague above them who got hired as a head coach at another school and become a coordinator. After 10-to-15 years of grinding through long hours at an array of different schools — it took both Urban Meyer 16 years to become the head coach at Bowling Green — they’ll get a crack at a head coaching job at a smaller school before going big time.

Don’t tell that to Bowling Green’s new head coach Mike Jinks, who is taking over for Dino Babers, who ran an electrifying offense before moving onto Syracuse in the offseason. It took Babers 28 years — yes 28 years — to get his first head coaching job at Eastern Illinois in 2012.

The 2013-2014 season was actually Jinks’ first season in college football. He was named the first ever head coach at Steele High School (TX) in 2005 and quickly turned that school into a state of Texas power, going 76-18 during tenure. He also coached the U.S. Army All-American Bowl in 2013, was a National Coach of the Year finalist, and a Texas high school state champion.

Texas Tech head coach Kliff Kingsbury was so impressed by Jinks that he offered him a job to coach running backs coach in 2013, before quickly promoting him to associate head coach in 2015. Jinks’ greatest achievement at Texas Tech was developing DeAndre Washington (now with the Raiders) in 2014 and turning him into Tech’s first 1,000 yard rusher since 1998. Typically known for their aerial attack, the Red Raiders averaged 204.8 rushing yards per game, along with 34 rushing touchdowns in 2015. Washington also led the Big 12 in rushing yards that season under Jinks’ tutelage.

The last time a coach jumped from major high school success to coaching running backs at Texas Tech and then to a mid-major head coaching job before heading to a power-five conference was Art Briles, who coincidentally taught Babers his scheme at Baylor. These kind of things always seems to tie together in college football.

Once Babers accepted the job at Syracuse, Bowling Green quickly named Jinks their new head coach. And just like that, after only three years in college football, Jinks was an FBS head coach.


If there is one thing that both Texas Tech and Bowling Green have in common, it would be their ability to score points, and score points fast. Both ran up-tempo systems and both finished top-5 in scoring in 2015. Do not expect things to change in 2016.

Jinks is going to want to move the ball quickly — Texas Tech had 33 touchdown drives in under two minutes in 2015 — and keep the opposing defense on their heels. Both teams also averaged over 80 plays-per-game last season. Jinks even went on to say that, “90 snaps a game is realistic in 2016.”

“We’re still going to be up tempo and score a lot of points, but the conditioning to run 82, 83, 84 plays a game has got to be in the ballpark,” said Bowling Green athletic director Chris Kingston. “They’re ready for what Mike Jinks brings.”
The playmakers


Jinks is going to have to coach up the playmakers in his offense and coach them up quickly. Bowling Green lost QB Matt Johnson (46 TD, 8 INT), RB Travis Greene (1,299 yards, 15 TD) and their top two receivers, Gehrig Dieter (transferred to Alabama) and Roger Lewis (NFL), who combined for 178 catches, 2,577 yards and 26 touchdowns.

On the bright side, they return four-of-five offensive line starters, receiver Ronnie Moore — who is a big play waiting to happen and Pro Football Focus’ No. 3 returning receiver in the MAC — and running back Fred Coppet, who averaged the same amount of yards per carry as Greene last season and is being coached by Jinks, the running backs guru.

Moore, who caught 72 balls for 954 yards and 6 touchdowns as the Falcons’ third receiver option last season, will be the player that the Buckeye defense will key on.

Moore is another smallish guy whose strength numbers wow you. He can bench-press 315 pounds, squat 505 pounds and hang clean 240 pounds. Moore doesn't have elite speed -- he runs in the high 4.4s -- but he has excellent quickness and can stop and start on a dime.- Mike Huguenin, NFL.com

In 2015, Bowling Green used Moore similarly to how Ohio State uses their H-Backs. He typically lines up in the slot and they use creative ways to get him the ball.

They’ll run Moore in jet motion and utilize the tap pass to him for an end around:


They’ll also use Moore in the screen game and watch him make plays after the catch:


Or, they’ll hit him in the short game, sit back and watch him make plays. Moore is excellent after the catch; he can break a defender’s ankles or even use his strength and bounce off a would-be-tackler:


Since Ohio State runs Cover 4 (Quarters) and Moore typically runs out of the slot, stopping Moore will primarily be up to the linebackers in the short to intermediate game, and the safeties if they try to hit him deep in the seam.

Overall, the first year coach will bring an uptempo offense to the ‘Shoe on Saturday, which will feature a well-coached run game and a legitimate playmaker on the perimeter.

It will be a good test to see where the Buckeye defense is at from a conditioning and tackling standpoint, as Jinks’ offense will hope to run plays as quickly as he shot up the coaching ranks.