How often do elite recruits become playmakers at Ohio State?
Matt Brown via our friends at Land-Grant Holy Land
Visit their fantastic blog and read the full article (and so much more) here 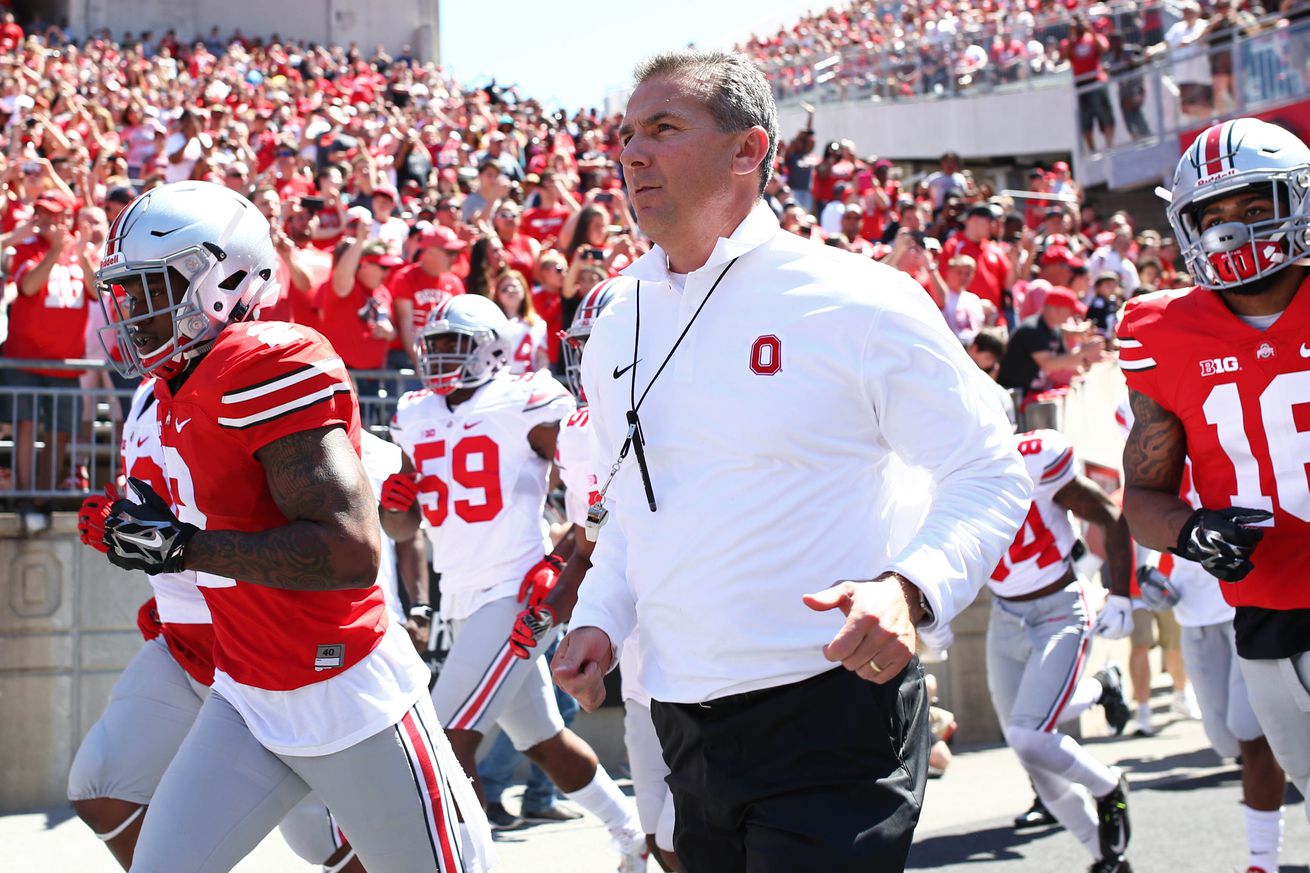 It's one thing to recruit elite talent. But how well does Ohio State develop it?

Ohio State’s recruiting class for 2017 is good. Really good. Potentially historically good, and certainly good enough to make a case for the best recruiting class in the country, even though it’s likely to be a bit on the small side. It also just got even better, thanks to the commitment for four-star defensive back Amir Riep, who picked the Buckeyes yesterday, and the commitment of Chase Young, an elite DE who picked Ohio State on Friday night.

If everybody sticks with their commitment, the Buckeyes will be even more loaded with talent headed into the future. But, for as predictive as recruiting rankings are, they’re not perfect, and an elite recruiting rating doesn’t guarantee success in big time college football. That requires injury luck, hard work, and talent development from the coaching staff.

Ohio State hasn’t been a stranger to recruiting elite talent, especially not during the Urban Meyer era. How often do those players turn into regular contributors for the Buckeyes?

To find out, we looked at every Ohio State player with a high four-star recruiting composite score that Ohio State signed in the 2012 and 2013 classes. We settled on the somewhat arbitrary cutoff point of a .9400 or higher composite ranking from 247 Sports. Those are players who are not just four-star recruits, but typically in the top 150 players, nationally, in their recruiting classes. We then checked to see if they became regular contributors for Ohio State.


There’s a bit of subjectivity here, of course, but here are the names that jump out as non-contributors.

Bri’onte Dunn (2012). Dunn had some positive moments on special teams, but only had 48 carries over his Ohio State career (287 yards, 3 TDs). He was likely to have a much more prominent role on the team this year, but he was kicked off the team after allegations of domestic assault.

Se'Von Pittman (2012). Pittman flipped to Ohio State from Michigan State, but things didn’t work out in Columbus. After an injury required him to redshirt, he requested a transfer.

Mike Mitchell (2013). One of the most heralded members of the 2013 recruiting class, Mitchell redshirted, then transferred to Texas Tech, only to then transfer again. His brother, Mickey Mitchell, also transferred from Ohio State’s basketball team. I suspect the Buckeyes won’t recruit any more Mitchell kids.

Evan Lisle (2013). There’s still time for Lisle to find his spot on the offensive line, but he hasn’t found a way to secure meaningful playing time, and it appears that he will be passed on the depth chart by younger players, like true freshman Michael Jordan.

Trey Johnson (2013). Johnson was expected to compete for a starting spot at linebacker, before knee injures forced his retirement.

So that’s five misses, with the jury still potentially out on one of them. But Ohio State recruited 17 players with scores that high over that two year time period. So 70% of those players became contributors for Ohio State. Eight of those players are currently in the NFL, and that number could rise if anybody takes a flier on Baugh, Wilson or Lisle. That’s basically half.

Did every single player on that list reach their full, complete athletic potential? Probably not. Wilson, after all, was one of the more hyped playmakers in the 2013 class, and while he has been an important contributor (and could be again this season), injuries and inconsistencies have kept him from reaching that high ceiling. Noah Spence, of course, was productive while at Ohio State, but failed drug tests forced him to transfer to Eastern Kentucky.

But that list also contains one of the best defensive linemen and running backs in recent Ohio State history, a first round pick at defensive back, and several other excellent college players that were the backbone of a national championship winning team. That’s pretty good!

It’s too early to say what the returns will be like on some of the other classes, since playing time has been hard to come by, but there are reasons to be optimistic. Raekwon McMillan was a star recruit who is likely to be a NFL 1st rounder after this season, and several other high four-stars from the class of 2014 are projected starters for this season, like Curtis Samuel and Jamarco Jones. Ohio State signed eight players with .9400 or higher scores in the class of 2015 that could contribute this season as well.

Right now, the Buckeyes have 12 in the class of 2017, and are likely to finish with even more. Odds are, not every player will stick with Ohio State, thanks to transfers, injuries, off-the-field issues, or just plain ol’ failure to reach their athletic potential. But if the early returns from previous classes are any indication, most of them will at least become solid future contributors, and a good chunk could be playing on Sundays as well.

And that’s a good sign for the future of Ohio State football.