ESPN's NIT selection special mocked CBS's bracket leak, the length of their show
Luke Zimmermann via our friends at Land-Grant Holy Land
Visit their fantastic blog and read the full article (and so much more) here 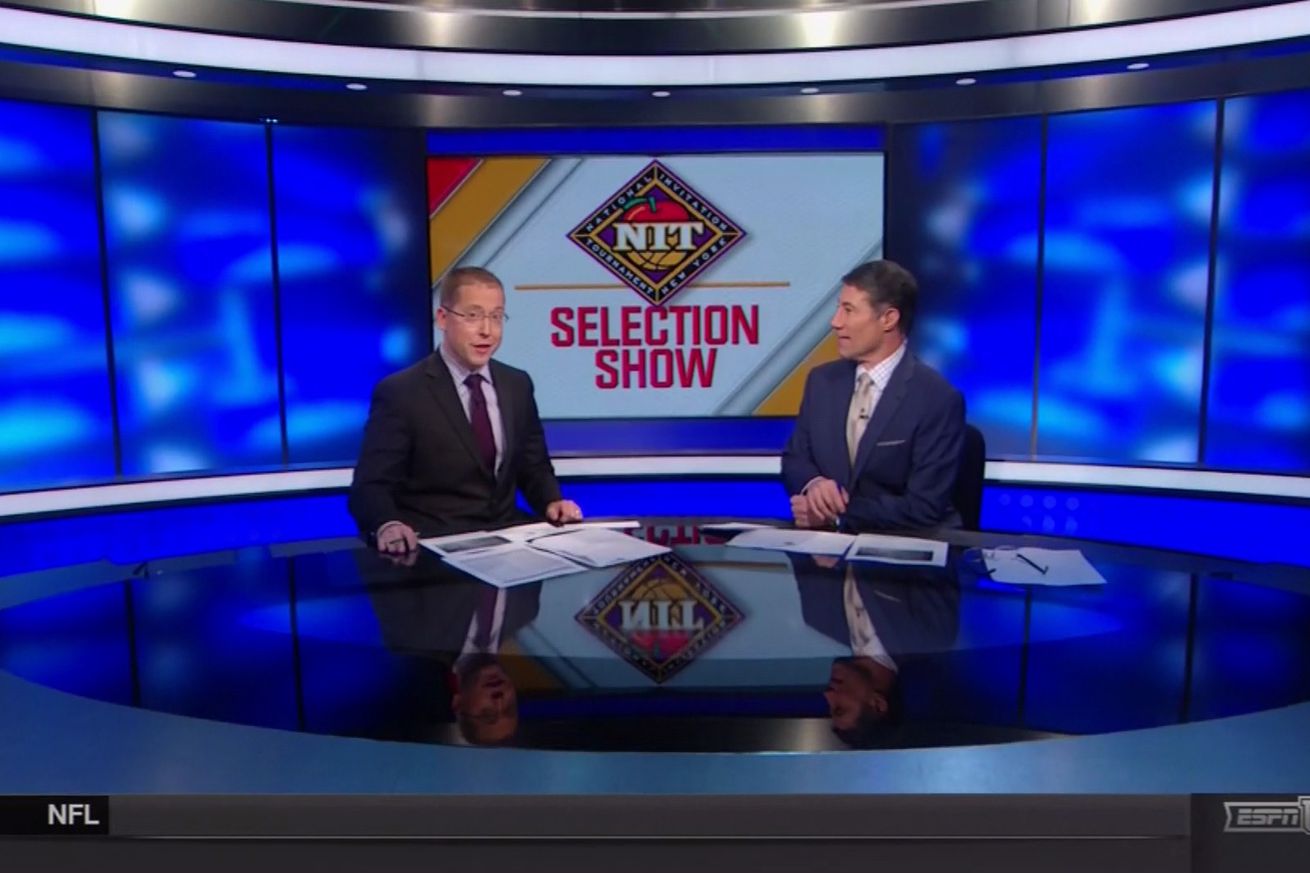 During an awfully long and drawn out two-hour CBS NCAA Tournament selection special Sunday evening, less than halfway through the proceedings, a heretofore mostly anonymous Twitter account posted the bracket as a whole on the social media network.

Though the vast majority of viewers watching were none the wiser, the NCAA was none too pleased, announcing they took the breach seriously and would be investigating it further.

Plenty of folks on social media and the sports blogosphere alike were dismayed that a show that's usually peaked in 20-30 minutes was stretched out almost twice as long. Non-college basketball experts like TNT's NBA studio personality Charles Barkley filled the gaps giving picks about teams he seem to know nothing about while struggling to use CBS's touch screen technology in some of the most painful television you'll see anywhere.

During ESPNU's 2016 NIT bracket selection special an hour and a half later, the network's Matt Schick couldn't help but crack on both the security breach as well as the gaudy length of the affair:


And most sports fans say ESPN talking heads don't have any personality.

Regardless of whether CBS heeds the negative feedback and course corrects for next year's special or not, it's good to know if nothing else, college basketball's consolation prize's studio hosts will have the casual fans' backs.