D'Angelo Russell hits buzzer beater vs Sixers, says 'I played like shit', 'trust the process'
Luke Zimmermann via our friends at Land-Grant Holy Land
Visit their fantastic blog and read the full article (and so much more) here 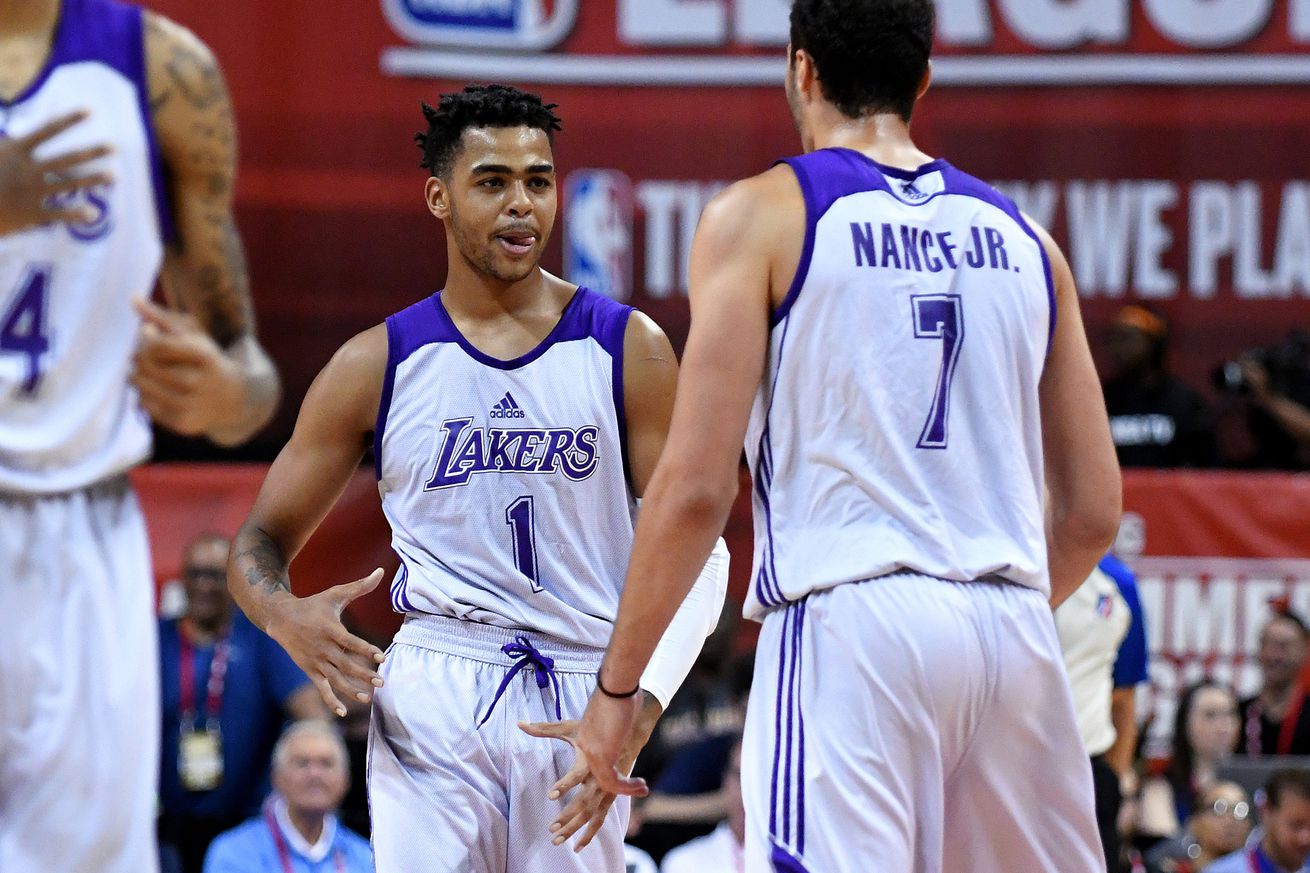 D'Angelo Russell is quickly attempting to rebrand himself from contentious "snitch" to viral meme human being.

While the hubbub about Russell's accidental leaking of a teammate's filmed confession of infidelity was nothing if not a bit overblown, D-Lo's doing a great job of winning hearts and minds amongst younger fans and any basketball enthusiasts who enjoy a personality, even if he's getting some crusty "keep it classy" types a bit mock outraged in the process.

In the Samsung Summer League's early game of the summer which saw No. 2 pick Brandon Ingram and the Lakers square off against No. 1 pick Ben Simmons and the Philadelphia 76ers, a surprisingly thrilling post (pre)-season exhibition came down to a 69-67 final possession with the Lakers possessing one last shot for a win with under two seconds to go. D'Angelo didn't fail to deliver:


D'Angelo Russell for the win pic.twitter.com/eR5IWMR0EK

— Full Court Prez (@fullcourtprez) July 10, 2016​
As if that wasn't enough, Russell immediately showcased his trademark sense of humor with a little bit of light-hearted vulgar self deprecating edge in the process:
He then capped things off by taking a low key potshot referencing former Sixers GM Sam Hinkie's famed motto, "trust the process", a process which saw the Sixers go 47-199 under his reign but routinely accrue high draft picks for their futility: