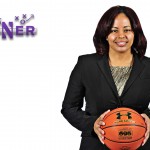 Ohio State Women’s basketball head coach Kevin McGuff is trying to replace two assistants and has hit a home-run with the latest addition in Carrie Banks.

The former Northwestern assistant brings a certain flare to the staff that will more than make up for the exit of Joy Cheeks. Her experience as a coach will add to the stables and she has coached at just about all levels of the game.

The Buckeye Battle Cry senior staff writer for women’s basketball Charles Kuehn, had this to say about the hire.

“Her Ohio ties are nice and also have familiar with the Chicago area could come in handy. Wonder if she still has good connections in Florida and elsewhere in the south, not an area we have recruited all that well.”

You can tell from the vast experience that she has the capability to reach the better players on the team and develop them into top talent. Every player that she has coached individually over the past six seasons became an all conference first or second team player including NU point guard Ashley Deary who, as a freshman, ranked in the top three in the Big Ten in assists, was an All-Big Ten honoree and a finalist for the Nancy Lieberman Award.

Banks will bring her recruiting expertise and coaching fundamentals to a team that already possesses some quality coaches in that area. She helped NU to one of their best seasons in over twenty years with a 23 win season in 2014-15 and the first NCAA birth in 18 years.

Head Coach Kevin McGuff had this to say about the hire (from Ohio State official release).


“I am extremely excited to welcome Carrie Banks to the Ohio State women’s basketball family,” McGuff said. “Her work ethic and passion for helping young athletes develop will be a great fit as we continue to move our program forward. She is also known as a great recruiter and will be instrumental in helping us continue to add the right student-athletes to our program.”
​
Here is the entire release directly from the Ohio State official website Coach McGuff Adds Carrie Banks.