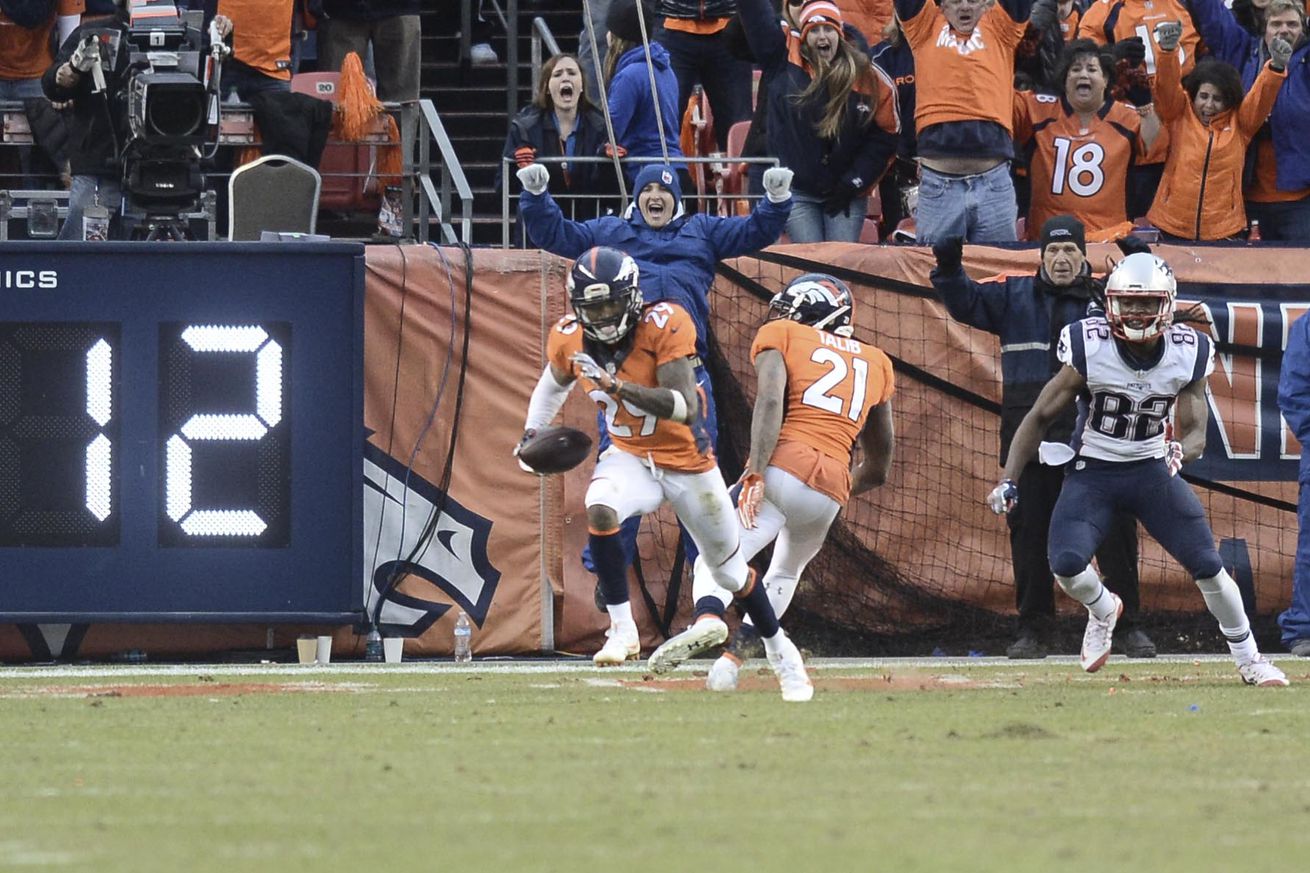 Another win by a Buckeye over a Wolverine.

Tom Brady is probably the best quarterback in NFL history.

His meteoric rise is surprising, seeing as many Michigan fans were calling for Brady's backup his last two years in school but it makes for an awesome redemption story and an iconic find for Massachusetts pro football fans. So it allows for more than a little revisionist history for Wolverines fans, but that's fine! He was really good at Michigan, too.

As far as Ohio State fans are concerned though, he was 1-1 as starter against the Buckeyes. One more than Chad Henne certainly, but not world beater stuff.

Buckeye corner Bradley Roby lost once to OSU's rival as well, but was on the winning end two times. Small sample sizes, etc, of course, but Roby got the upper hand once again in a game that meant a lot Sunday during the 2016 AFC Championship Game:

On a potential game tying two-point conversion attempt, a deflection went into the hands of Roby, who raced down the field to help ice the game. An onside kick recovered by Roby's Denver Broncos clinched the win over Brady and the New England Patriots.

Our condolences to former Buckeye Nate Ebner, who found himself on the losing end of things.

Roby's former Buckeye teammates and family quickly took to social media to heap praise on him:

Congratulations 2 @BradRoby_1 on making the interception that sealed the deal & sent the Broncos 2 the Super Bowl! #buckeyesmakeadifference