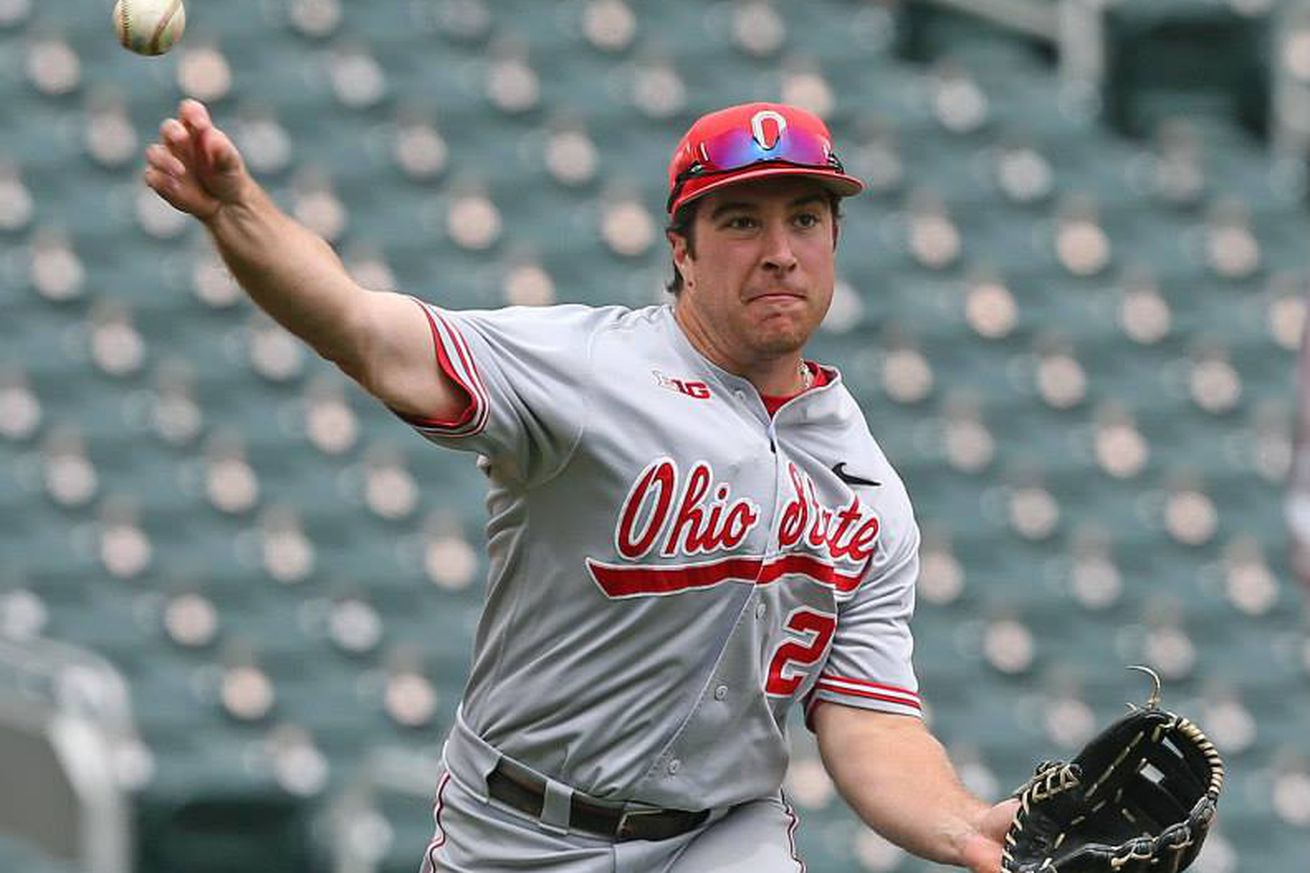 The 2016 Buckeye nine open the season on Friday at the Historic Dodgertown Classic in Vero Beach, Florida. We look at who will be manning the field around the horn on the infield.

While Ohio State has serious questions on the mound and behind the plate, there is no anxiety surrounding the infield. This group is the most experienced on the team, returning four seniors who have seen major playing time since they were freshmen, and will be expected to play at a high level both with the glove and with the bat.

"The maturity, the experience and the culture within our program are going to be the strengths for this ballclub," head coach Greg Beals said. "It's great for our coaching staff to have a group that is older with some experience from top to bottom in the lineup offensively and defensively."

The players around the horn represent the first full recruiting class Beals put together in Columbus, and they have been a steady group. If the Buckeyes are to rise out of the middle of the Big Ten pack, they will need to produce.

We continue our preview series on the 2016 baseball Buckeyes on the infield.


Among the seniors on Ohio State's roster, perhaps none is more confounding than Ratcliff. The Blacklick, Ohio native has the look of a middle-of-the-order masher, standing 6-foot-5 and weighing in at 230 pounds. And while he has shown flashes of the power bat he could be, has yet to put together for a full season.

Two season ago, Ratcliff looked like he had first base wrapped up, but struggled at the plate and eventually lost his starting job. As a sophomore he hit just .232 with two doubles, two home runs, and 15 runs batted in. In much more limited playing time in 2015, he improved to .286 with eight doubles, two homers, and eight RBIs.

There is reason for optimism, though, as Ratcliff finished his junior campaign strong, going 3-for-7 in the Big Ten tournament with a pair of doubles and a home run. The Buckeyes need his bat to provide that kind of pop in the middle of the lineup.


Sergakis is looking for a bounce-back season as a senior. Voted a co-captain this year by his teammates, the hometown kid from Columbus hit .250 in 2015, a 68-point drop from his sophomore output. Despite the struggles, though, Sergakis still scored 30 runs, belted 11 doubles, and produced 24 RBIs.

But it's with the glove that Sergakis is perhaps even more valuable. Able to play every position on the infield, his versatility gives Beals the opportunity to use several different combinations of players both to start games and as situations within games dictate. While second base is likely to be his primary spot, he may well see time at third or even first throughout the season.

If Sergakis can return to the form at the plate that saw him hit .318 in 2014, Ohio State's lineup will be all the better for it. But his glove, versatility, and dogged style of play are just as important as the team looks to contend in the conference.


Kuhn is another player that the Buckeyes will be looking for to provide production in the middle of the lineup. Despite dealing with injuries in 2015, the Zionsville, Indiana native was third on the team in slugging percentage (.469), batting .256 with 14 doubles, six homers, and 22 driven in. Splitting time between the hot corner and first base the past two season, Kuhn has become one of the more reliable bats Beals has at his disposal.

As a sophomore, Kuhn was named third-team All-Big Ten after hitting .290 with 14 doubles, six home runs, and 35 RBIs as he started every single game. Without the injury as a junior, he appeared to have been on pace for an even better year offensively.

Like Sergakis, Kuhn provides Ohio State with versatility defensively, as he can also play multiple spots. It is his bat, though, that is most important to the success of this year's club. As he's shown he is capable of doing, Kuhn needs to be a run producer, a steady, consistent hitter that the Buckeyes can pencil into the lineup every day.


Nennig is the anchor of the infield, possessing a slick glove, good range, and a strong arm. Defense is his calling card, and he has provided it nicely the past two seasons at short. Any offense he provides is a bonus, though he has improved dramatically at the plate during his career.

In limited time as a freshman, the Wisconsin native hit just .125. That improved to .218 as a sophomore, his first as an everyday player. And in 2015, Nennig proved he wasn't a hole in the lineup, batting .265 and driving in 30 runs. The 30 RBIs were good for third-most on the team, and many came when he delivered in clutch situations.

After a solid summer in the Northwoods League, Nennig looks to continue his ascension as an offensive player, while still flashing his signature leather as the quarterback of the infield. Regardless of who is lined up in the field around him, Ohio State can have great confidence that the double plays will be turned with Nennig out there.


Davis was a pleasant surprise in his first season in Columbus after transferring from Arizona State. His intensity and skill helped the Newport Beach, California product to force his way into the lineup, and he proved to be an asset to the Buckeyes both in the field and at the plate. He will provide Beals with a solid option at second base if Sergakis and Kuhn are shifted to different spots on the diamond.

A .282 batting average with 10 runs scored, three doubles, a home run, and 13 RBIs in part-time duty show that Davis can handle collegiate pitching. He also went error-free in 104 chances with the glove.


In his last two seasons with Ohio State, Leffel has shown glimpses of being a solid hitter. Someone who can drive the ball and produce when called upon. After hitting .303 as a redshirt sophomore, Leffel got off to a scorching start last season, but cooled off considerably as the year wore on. The Dublin, Ohio native finished up with a .211 average, hitting five doubles and driving in eight runs.

Leffel will provide Beals with a veteran presence that can step in at first base if Ratcliff falters and also take on designated hitter duties. He is exactly the kind of role player that every good team needs, and should find opportunities to contribute in his final season in scarlet and gray.


Of the three true freshmen infielders on the roster, Cherry is the most highly-touted and the most likely to see playing time in 2016. Yet another player from Indiana, Cherry excelled in high school as a pitcher, catcher, shortstop, and third baseman, so he obviously has the athleticism to play at this level. While he may see time on the mound, it would appear that providing depth at the hot corner will be his main assignment this season.

Above all, Cherry is the kind of hitter that could contribute early. Batting .505 with nine homers and 41 RBIs as a high school senior, he earned first-team all-state honors and was also recruited by the likes of Indiana and Indiana State. Cherry is a player that needs to see the field as much as possible despite being a newcomer.


The Buckeyes have an extremely experienced, veteran group on the infield, and they will be expected to provide leadership and production throughout the season. If Ratcliff can reach his potential, Sergakis and Kuhn can rebound from last season, and Nennig continues to do what he does with the glove, Ohio State should be able to compete in the Big Ten.

"We approach every season with a championship mindset," Beals said. "We have a talented and experienced team returning this spring."

That experience will be important once conference play rolls around and the echoes of last season's collapse are brought up again and again. The seniors on the infield came to Columbus to help Beals build up a program, and they still have unfinished business.