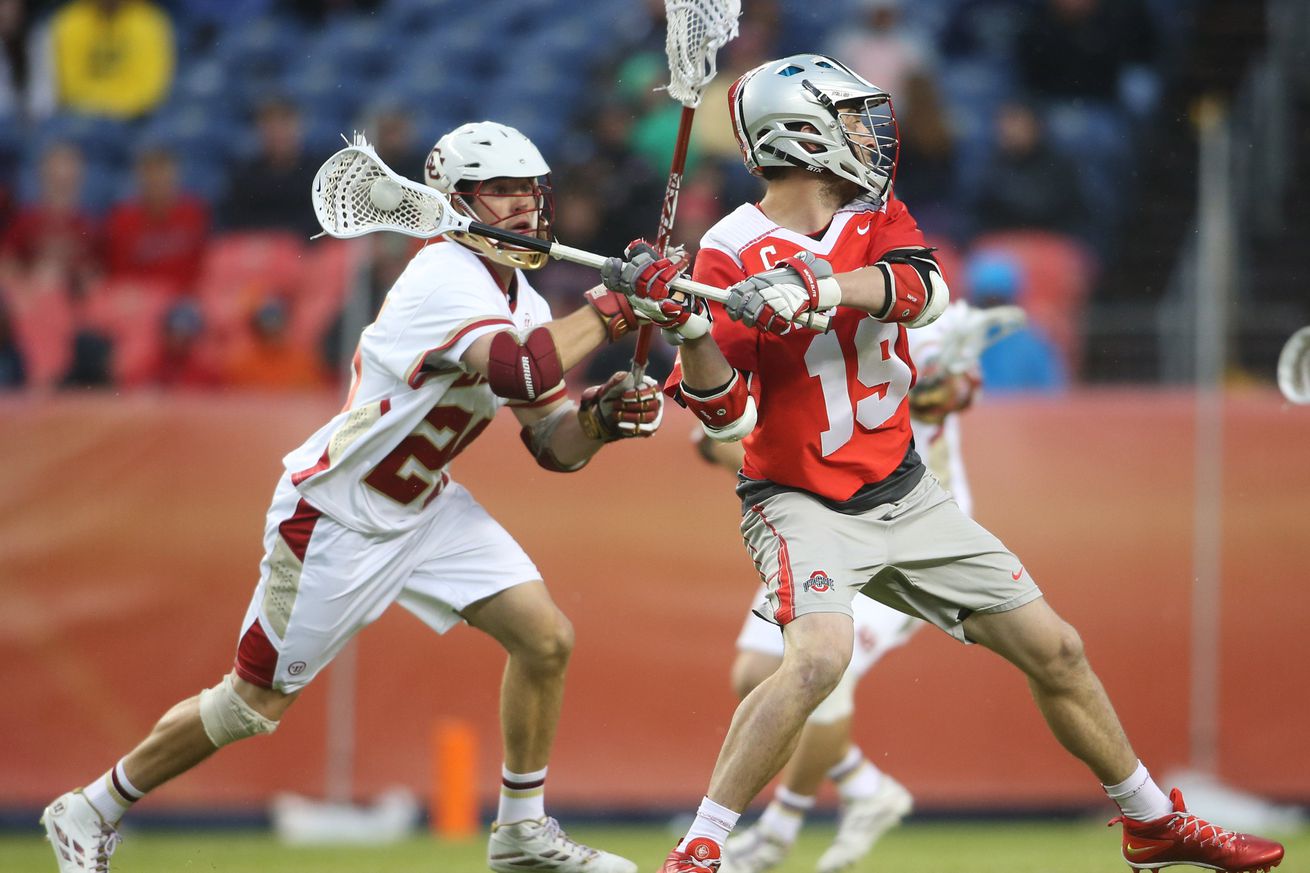 The season opener is just a few days away, and the Buckeyes are looking to build on last year’s post-season success.

The Ohio State Buckeyes men’s lacrosse season begins Saturday with a trip to Furman in South Carolina. The Buckeyes finished the 2015 season with a 12-7 overall record, a second-place finish in the inaugural Big Ten Men’s Lacrosse Tournament and a trip to the NCAA quarterfinals for just the third time in the team’s history.

Despite key losses, especially in the midfield,expectations are high for Ohio State, who enters the season ranked No. 11 nationally in the U.S. Intercollegiate Lacrosse Association’s preseason poll. Still, there is a tough road ahead for the Buckeyes as they will face all of last year’s final four teams from the NCAA tournament, and need to go through formidable Maryland and Johns Hopkins squads for a chance at a conference championship.

Here’s what you need to know entering the season:

1. The Buckeyes are severely down in the midfield

Having lost their top-scorer from the last two seasons in Jesse King to graduation, Ohio State is faced with filling a severe gap in the midfield. King had 42 goals last season--more than 20 percent of Ohio State’s total scoring. King’s fellow midfielder David Planning, who was No. 3 in scoring for the Buckeyes last year with 25 goals, also graduated.

King was taken No. 6 overall in the 2015 Major League Lacrosse Collegiate Draft last January. Senior midfielder David Planning was taken in the final round with the 57th-overall pick.

To make matters worse, faceoff specialist Christopher May, a graduate transfer from Georgetown last season, has also graduated. May was a four-time Big Ten Specialist of the Week, with a 60.3 face-off win percentage, which ranked 11th in the NCAA last season.

Returning midfielder John Kelly, who had 12 goals last season--the highest among returning midfielders--will have to step up, along with incoming freshman Brandon Barker, who made the 50-player training group for the U.S. Men’s Lacrosse Under-19 team last year.

In terms of scoring, Ohio State returns senior attackman Carter Brown, who was second on the team in goals last season with 37 points. Brown, who was taken No. 56 overall in the 2016 MLL Draft last month, will need to step up his scoring ability and ball control down low this season. The attack and defense return most of last year’s impact players, so Ohio State should remain strong on either end of the field to provide support for an inexperienced midfield.

2. The defense is really good


Incoming freshman goalie Willie Klan could be the most impactful player in his class. Klan was one of three goalies selected to the final, 25-man roster for the 2016 U.S. Men’s Lacrosse Under-19 team, and was one of the top recruits in his class. However, Klan will have to contend with redshirt junior goalie Tom Carey, who earned U.S. Intercollegiate Lacrosse Association All-American honors last year. Carey started all 19 games for the Buckeyes, and earned Big Ten Specialist of the Week honors on two occasions.

Whoever does win the starting spot in goal will be surrounded by a strong defensive front. Ohio State was second in the conference in total defense last season, and is returning most of its impact players in 2016. The leader of the defense, Robby Haus, was drafted in January in the MLL Collegiate Draft with the 29th overall pick prior to his senior season. Haus, who is a captain this year, was an honorable mention All-Big Ten selection last year. Ohio State also has one of the best freshman defenseman in the country coming on in Matt Borges, one of the top defensive recruits nationally and is also a member of the U.S. Men’s Lacrosse Under-19 team.

3. The Big Ten Conference is a force to be reckoned with


In a sport traditionally dominated by East Coast powerhouses, the Big Ten has come into prominence despite its midwestern roots. The Big Ten added lacrosse as an official men’s sport last season with the addition of Johns Hopkins following the 2013 season. With that, there are now six teams playing lacrosse in the Big Ten: Johns Hopkins, Maryland, Michigan, Ohio State, Penn State and Rutgers. Maryland, who enters the season ranked No. 4 nationally, held a share of the Big Ten regular season title last year, having gone 4-1 in conference, but lost to Ohio State in a first-round upset in the Big Ten Tournament. Still, the Terps made it to the NCAA Championship Game, where they lost to now No.1 Denver.

Meanwhile, Johns Hopkins, who sits right behind Maryland at the No. 5 spot, won the inaugural conference tournament last season, defeating Ohio State in the final game. After a regular season win over Maryland, the Blue Jays fell to the Terps in the NCAA semi-finals.

Penn State, while not on the level of Maryland or Hopkins, is a potential sleeper in the Big Ten. After finishing last season 5-9 overall and 2-3 in conference, the Nittany Lions are bringing in the No. 12-ranked recruiting class in 2015, which boasts a formidable group of midfielders.

Ohio State has been playing lacrosse since 1953, but only began coming into prominence in the last decade, having won its first NCAA tournament game in 2008. Now, Ohio State is hanging with the historical powerhouses, defeating Duke in the first round of the NCAA tournament last season and recording wins over both Maryland and Johns Hopkins last season.