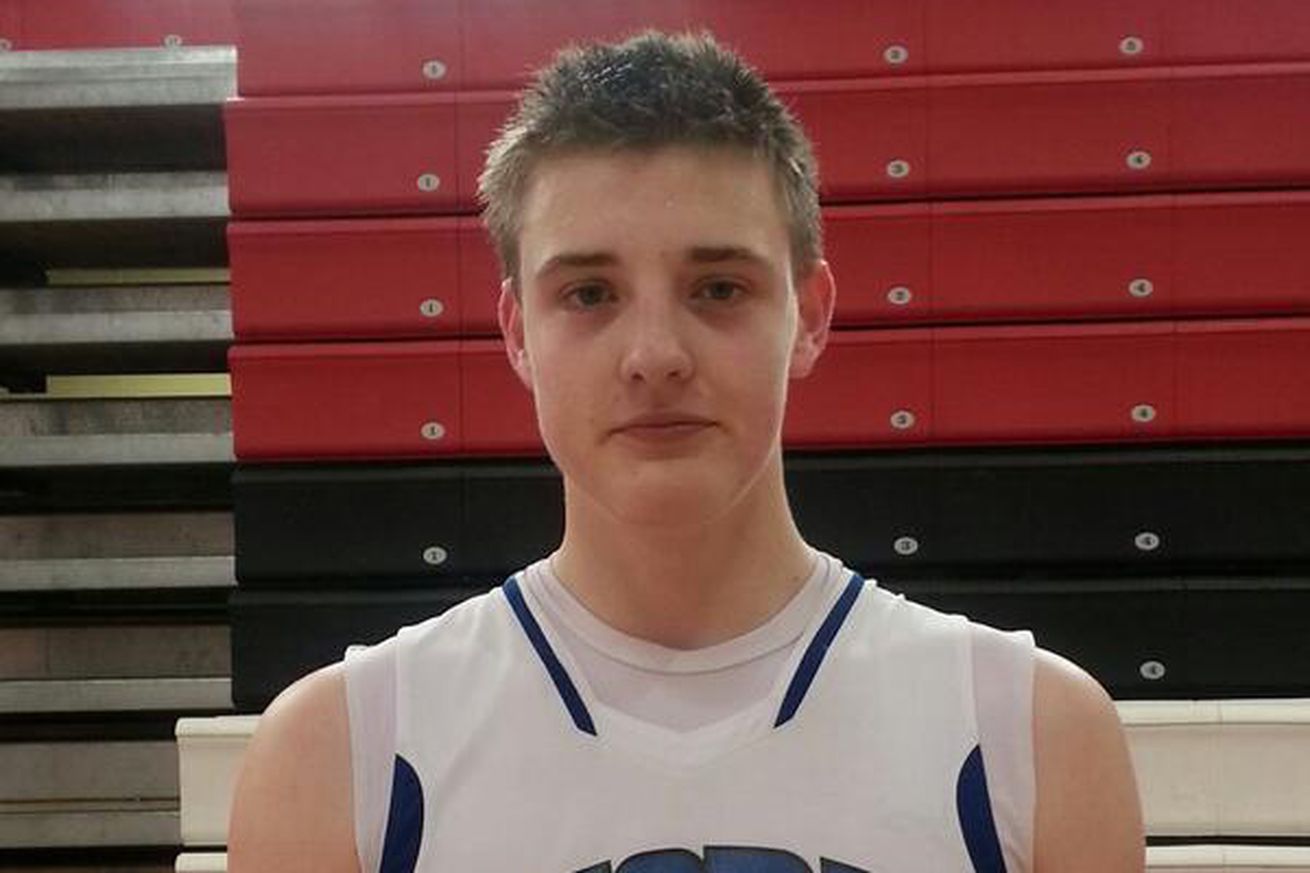 The Class of 2016 big man and future floor-spacer could help Ohio State turn the corner offensively in 2016-17.

Purely based on rankings, Ohio State's 2016 recruiting class fails to elicit much intrigue or excitement, especially considering that Thad Matta and his staff amassed back-to-back top-10 groups in 2014 and 2015 that doubled as 247Sports' top-ranked classes in the Big Ten.

The two-player 2016 class is ranked 56th in the country and ninth in the Big Ten -- the Buckeyes are slotted in behind the likes of Penn State, Minnesota, Iowa, and Northwestern -- and is comprised of a pair of Ohio natives: four-star big Derek Funderburk (Lakewood) and three-star forward/center Micah Potter (Mentor).

Despite the fact that the Buckeyes will likely return the top 10 players in their rotation next year, there is room for at least one player in the incoming recruiting class to contribute during the 2016-17 season, and that prospect is the 6'10, 245-pound Potter, even though he's the lower ranked prospect. Here's why he may be able to make a difference right out of the gate:


Trevor Thompson and Daniel Giddens remain the future of Ohio State's frontcourt, but the addition of Potter will inject the roster with a variable that doesn't exist on the current team: a big man that can shoot.

With their present skill sets, neither Thompson (shooting 55 percent from the field) nor Giddens (48 percent) is a threat outside of the paint -- unsurprisingly, the two have combined for zero 3-point tries this season -- though it's possible that Thompson, one of the Buckeyes' top free-throw shooters (77 percent on 69 attempts), could eventually expand his range.

Even a passing YouTube glance at one of Potter's highlight videos indicates he possesses a smooth, repeatable jump shot, and has no problem shooting the three, an ability he displays by converting from Steph Curry territory at the 0:40 mark of this video. Considering Potter's age and size, that skill set is no small accomplishment.

"Potter has really developed his outside shot over the years and is pretty comfortable sitting out and shooting it," Land-Grant Holy Land and 270Hoops recruiting analyst Zach Fleer said. "I've heard that he's wanted to develop his skill set in a way similar to Kevin Love. I think it's something he will be able to do consistently in time, especially after a redshirt year -- if that is to happen."

Potter could be Ohio State's third big right away


Redshirt freshman David Bell's playing time has been mostly reduced to throwaway minutes during Big Ten season. Freshman forward Mickey Mitchell has received steadier court time, and even closed out Ohio State's overtime win at Nebraska on Saturday by playing center after Thompson and Giddens fouled out. (Mitchell started for the injured Jae'Sean Tate against Michigan State on Tuesday night.)

In two scenarios that seem realistic against teams with plodding frontcourts, Matta could play Potter at the four with Thompson or Giddens at the five, or use Potter as a stretch five in a single-big lineup.

A redshirt year for Potter is a realistic and practical option, though. For example, Thompson, a redshirt sophomore, sat out last season, but used the time off as an avenue to get stronger and make use of the athletic frame he owns for a person that stands 6-11. Entering next year, it's likely that Potter will struggle to fend off athletically-superior big men.

"I think [Potter] will more than likely redshirt and will use that year to keep developing physically and be a stretch option the Buckeyes could really use in 2017-18," Fleer said. "However, if a spot opens up via transfer, Potter could fill in nicely."

Ohio State's offense could use the spacing


The Buckeyes' offensive numbers are bad by just about any measure. Out of 351 Division I teams, Ohio State is ranked 144th in KenPom's offensive efficiency metric, 162nd in field-goal percentage, 216th in offensive rating, and 238th in scoring offense.

As Fleer mentioned, Potter's deft touch from the outside has the ability to expand the the floor, and should lend additional airspace for Tate, Keita Bates-Diop, Marc Loving, and JaQuan Lyle to attack opposing defenses.

While a redshirt year would certainly benefit Potter in the long run, it's more sensible for Ohio State to throw him into the fire next winter. With the current season seemingly destined for an NIT appearance, Ohio State needs to focus more on winning and less on development in 2016-17. A return trip to the NCAA Tournament is a must, and Potter's skill set can aide the Buckeyes in that journey.