LGHL 2018 in-state OL grabs a new offer from Syracuse, will Ohio State be next?

2018 in-state OL grabs a new offer from Syracuse, will Ohio State be next?
Bret Favachio via our friends at Land-Grant Holy Land
Visit their fantastic blog and read the full article (and so much more) here 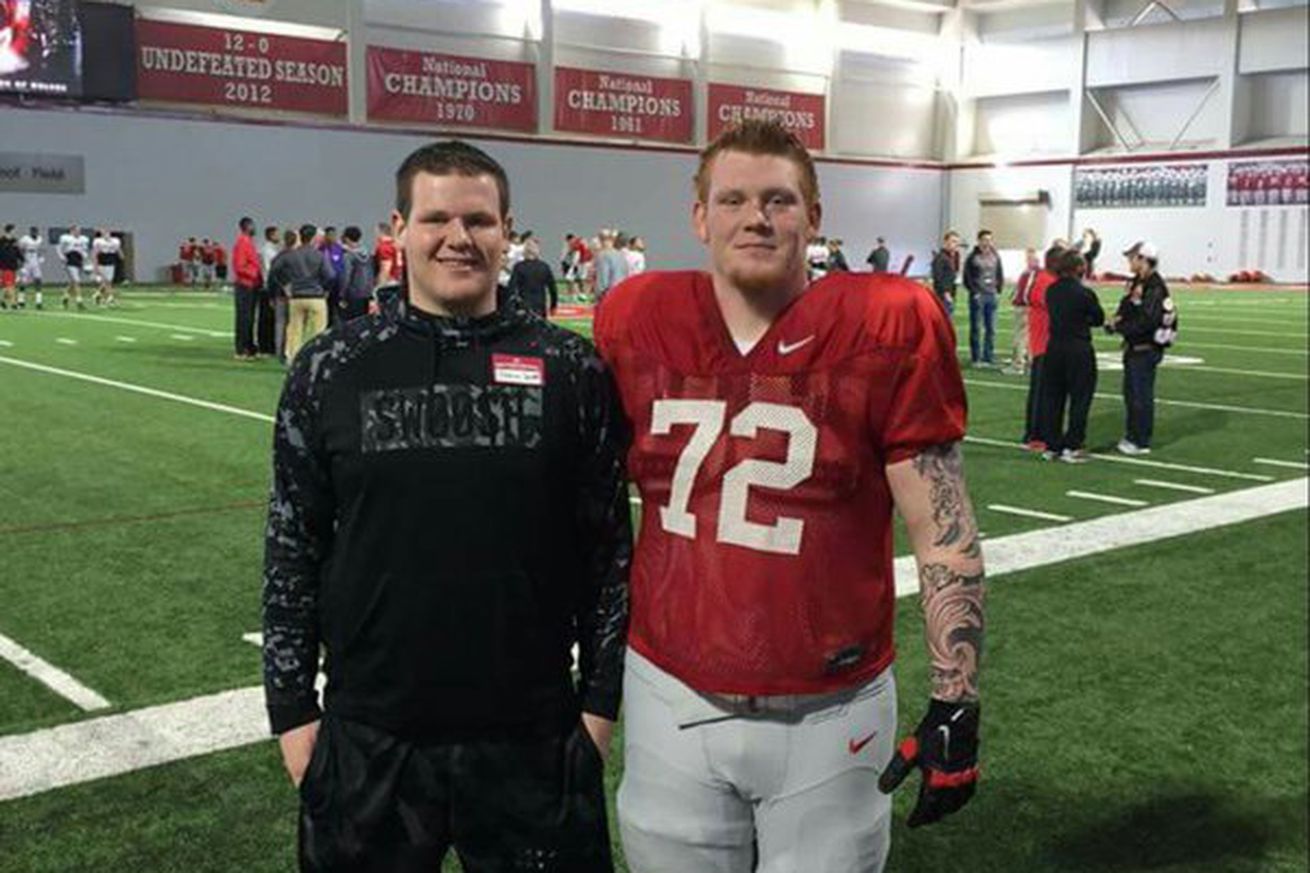 The latest on the Buckeyes and Blaine Scott after a new offer coming to him on Wednesday.

New offer for Scott, Bucks next?


On Wednesday, new Syracuse Head Coach Dino Babers dropped an offer to a prospect that resides from that same state that he coached in last year. Class of 2018 offensive lineman Blaine Scott from Sciotoville East (OH) was the recipient of an offer from the Orange and the 6'5, 300-pounder was very excited about the news.

"I was very humbled and excited to receive the offer," Scott said. "I have already been on the phone today with the coaches. All of the staff had just come from Bowling Green, so I was very excited. I look forward to visiting and building relationships within the program."

With that being said, could it be Ohio State to drop a scholarship to Scott next?

"I feel as if I have a great chance at getting the offer soon," Scott told Land-Grant Holy Land. "Coach [Greg Studrawa] and I have been talking weekly or every other week. It's going really well."

As you can see, Scott seems to be confident in the possibility of landing an offer from the Buckeyes. This will be something to monitor closely going forward. Right now, Ohio State stands at 100 percent on the 247Sports Crystal Ball for the Portsmouth, Ohio native.


In an interview with SECCountry.com, 2016 cornerback Jordan Griffin, who ultimately signed with Kentucky, revealed an interesting tale that came about during his recruiting process. While hosting an in-home visit with South Carolina Co-offensive coordinator/Wide Receivers coach Bryan McClendon, he was told something that he will likely never forget.


Q: What is the funniest thing any head coach said to you during the entire recruiting process?

A: Probably the South Carolina coach. It wasn’t the head coach, but a South Carolina coach, he was speaking on the basis of if a coach got offered another job and it’s higher that they’ll leave and things like that. He said if Ohio State had offered him another job that his butt would have been gone to Ohio State and he would be calling me the next day asking if I want to go to Ohio State. That was in a home visit. It was hilarious.
​
It was later clarified with the following two questions that it was indeed McClendon. While he may have been very honest with the three-star cornerback, it probably wasn't the smartest route to take if you are a program hoping to reel in the recruit. As mentioned above, the tactic did not pay off, as Griffin is a Wildcat.


With departures from the entire 2015 basketball recruiting class being made official, plenty of eyes have shifted to 2017 point guard Markell Johnson and a rumored reclassification possibility. Which, if it were to happen, would be huge for the Buckeyes, who are in good shape for the 6'1, 170-pounder.

On Wednesday, the East Technical (OH) standout had his junior season film released courtesy of 3rdCoastHoops and for Ohio State fans, it could be a preview of what he could bring to the table if the reclassification to 2016 and possible commitment comes to fruition.